I know that I’ll be on an island as I celebrate getting at least two more years of Stephen Gostkowski. All the hipsters love to hate on him the way they love craft IPAs, fedoras and beards thicker and more lustrous than I could ever hope to grow. The cool kids all still pine for the days when Adam Vinatieri never missed a clutch kick and somehow convince themselves Gostkowski has never hit one. Even after all these years. Even after playing in now 40 more games for the Patriots than Vinatieri did. Even when you throw out that among kickers with more than a 100 career games he’s got the 3rd highest percentage to Vinatieri’s 11th:

I will die an honorable death before I ever say anything negative about Viniatieri, who is the unquestioned best, most clutch kicker of all time and if he doesn’t make the Hall on the first ballot they should board it up like the Orchids of Asia Spa. But he wasn’t infallible. He missed Super Bowl kicks too. Including two against the Panthers in 2003 before he nailed the 40-yarder at the end of the game.

Here’s what I wrote at the start of free agency when I made keeping Gostkowski the No. 1 priority among they’re pending free agents and said – correctly, as it turns out – that they had the best shot at keeping him and Jason McCourty:

I’ll pause here to give you time to laugh in my face and shun me from polite society. Everyone remembers the missed kicks, including the one he shanked against the Rams. Not many bother to pull back far enough to see that from Google Earth distance, we are witnessing one of the great careers at his position of all time. I see your Adam Vinatieri and I raise you this. These are the numbers of all the top kickers in NFL history over their careers: 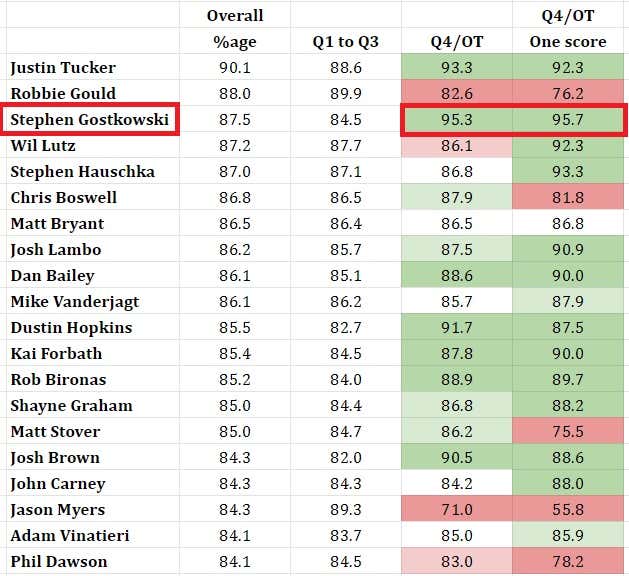 [W]hen it comes to hitting late-and-close kicks, Gostkowski is the best ever and it’s not even close. … And no kicker can either boom it out of the back of the end zone or drop a Phil Mickelson lob wedge down inside the 5 depending on what the game plan calls for the way he does. He didn’t get the opportunities against the Rams, but never forget that late in the Super Bowl against the Falcons, he twice pinned them at their own 10. And he could very likely still be doing this at Vinatieri’s age. …

Chance They Keep Him: 99.9 percent

Again, it’s sheer folly to compare the two at all. And numbers don’t tell the whole story of course. All I ask for is a little perspective and sanity out of the Never Gostkowski mob. And to never let it be forgotten that facing a 4th & 1 with the ball on the Rams’ 24 and the Super Bowl on the line, Tom Brady had the full faith and confidence to put the ball in Gostowski’s toes:

I say all this as a Patriots homer, backed up by the numbers, the big moments, the resume and the attitude of his teammates. And not just because Gost and I are best pals. This is a great re-sign. 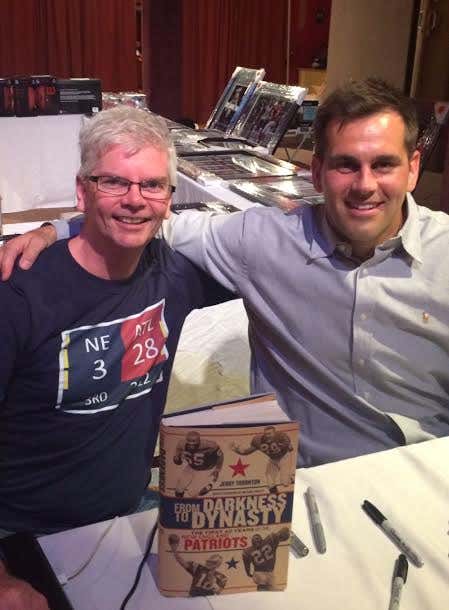