It’s been obvious for a few days now that the mercurial, ever-changing, on again/off again Danny Amendola/Olivia Culpo situation is most decidedly back ON. Based on the fact that you or I never spent Valentine’s weekend hanging around in Mexico like this with an ex we were keeping it platonic with after a “we can still be friends” breakup: 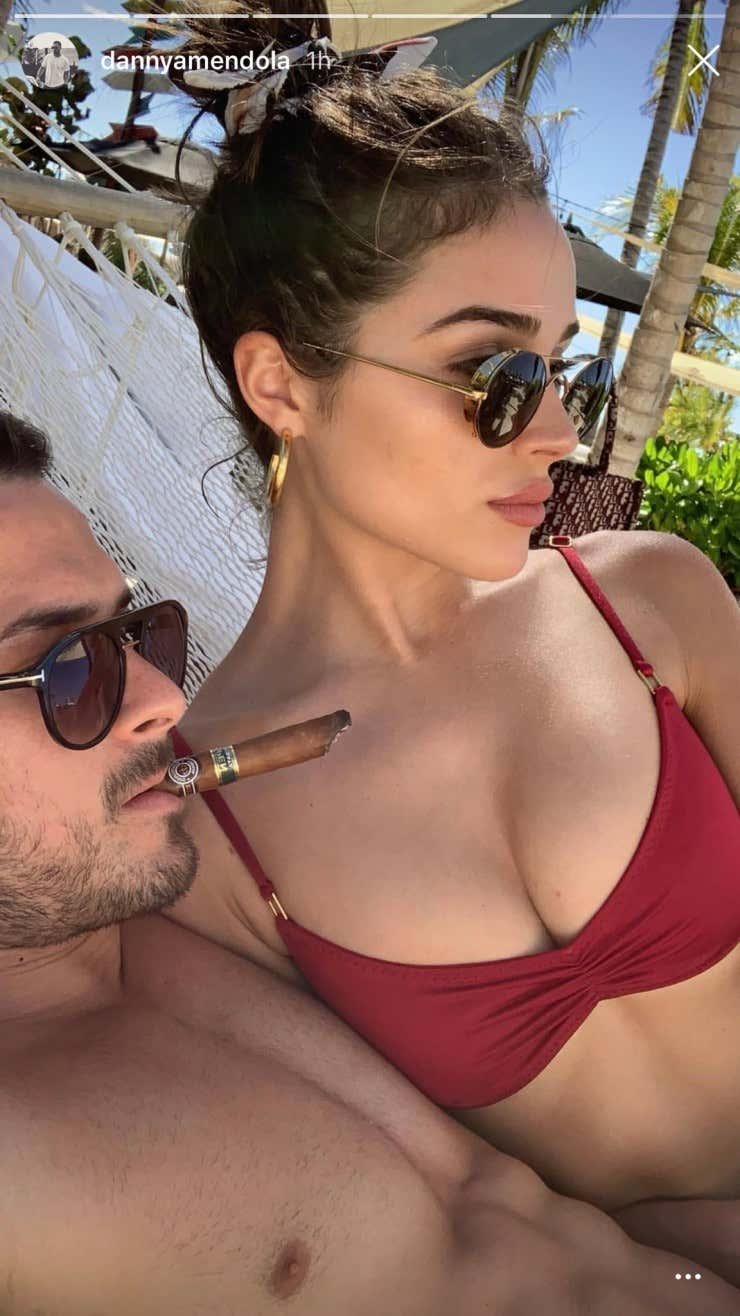 That’s the first rule of relationships. You don’t leave the country to lay on the beach smoking poorly-lit Montecristo’s in paradise when you’re being Friendzoned. So it is most definitely on. 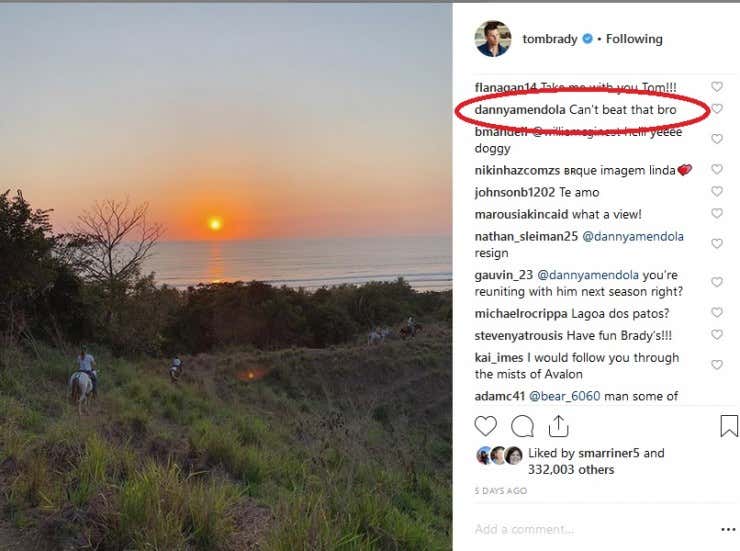 I mean, you don’t see Danny Playoffs ignoring this to comment under the posts of Ryan Tannehill or Brock Osweiler, do you?

Not on your life. But he is taking timeout from another round of private resort beach sex to post on the Insta of the quarterback who just happens to work at a stadium 30 minutes from where Olivia grew up in the great state of Rhode Island. Add this to the rumors out of Miami that they’re not going to pick up Amendola’s option and draw your own conclusion, but I’m seeing these dots and I’m connecting them. Mark my words, this is happening.

See you at OTAs, Amendola. And see you back at Gillette where you belong, Olivia.