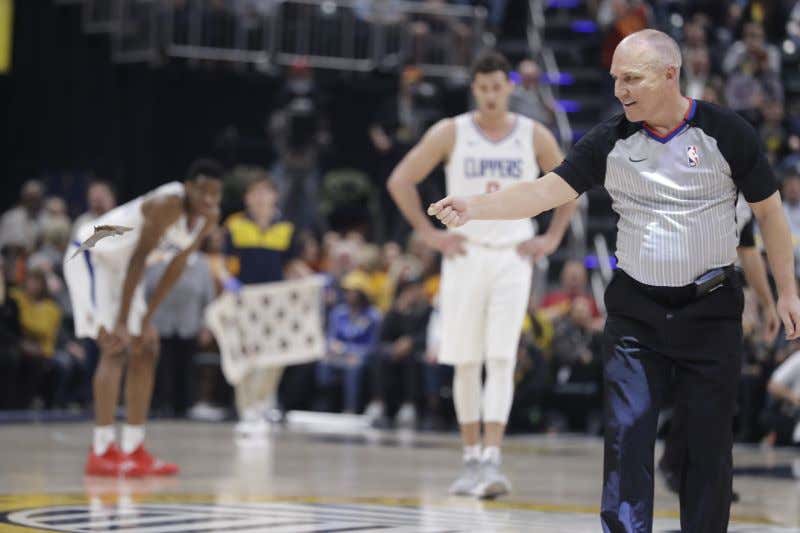 (AP) – Indiana health officials say people who had contact with a bat last week during an Indiana Pacers game have possibly been exposed to rabies.

The Indiana State Department of Health says anyone who may have touched the bat with bare skin when it flew around at the Pacers game Thursday in Indianapolis is urged to contact the department or a health care provider about receiving rabies vaccinations. The game was against the Los Angeles Clippers.

The department says the rabies status of the bat, which is no longer inside Bankers Life Fieldhouse, is unknown.

Health officials say a person is considered potentially exposed to rabies only if direct contact occurs between a bat and the person’s bare skin. So far there have been no reports of anyone having direct contact with the bat.

Just last week I blogged about how the NBA may have a bat problem on their hands, and here we are a few days later and health officials are saying people in the crowd may have been exposed to rabies? Yikes. The good news is it sounds like nobody has reported having direct contact with the bat, but even still I’m not loving that news if I was in the arena last Thursday. We all joke and laugh when the Spurs mascot came out and caught the bat, it’s funny to see the players freak out I’ll admit, but we can’t be having people be exposed to rabies like once a week in this league. I know hockey hardos love to say “sick league” when referring to the NBA, but I don’t think this is what they had in mind.

For those who don’t remember, a bat came out in the first quarter of the Pacers/Clippers game and it’s a little unsettling that they never were able to catch it

The NBA can’t love the fact that they have these things popping up in what seems like every arena in the country, and clearly they have no control when it comes to preventing this sort of thing from happening. I don’t know much about their business model, but I can’t imagine they are in the business of exposing people to weird diseases. Remember it wasn’t too long ago that there was a fucking measles outbreak in a Blazers game

the league needs to figure out a way to get their shit together. Why on earth would I go to any of these petri dishes also known as arenas where I could be exposed to some sort of illness when I could just watch from the comfort of my own home where I am 100% certain there are no measles and no bats? It’s not like the league is busy preventing tampering or anything like that, so maybe they can address the fact that their product is becoming a health risk. I don’t know how you stop the bats from showing up but I’m sure there’s a solution out there if you put your heads together.

It’s all fun and games watching mascots run around with a net dressed at Batman and stuff until you realize the bat may have  accidentally grazed your hand as it flew by and now your jaw is locked shut. Rabies is certainly nothing to mess around with, and really all this does is make me more impressed with Manu because he was a man who clearly never gave a shit about something like that when it came to stopping the rogue bats of San Antonio