So yesterday Clem blogged about the new emojis that are coming out in 2019. There were a lot of weird ones: praying emojis, blind emojis, period blood, dick shaming, banjos, sloths, wheelchairs-  they’ve got it all. At least that’s what I thought until I saw the Grindr version. I’m not saying we shouldn’t have our own keyboard. I’m just saying that the keyboard they created is so outrageous that I get embarrassed by looking at it. Especially the hog section. 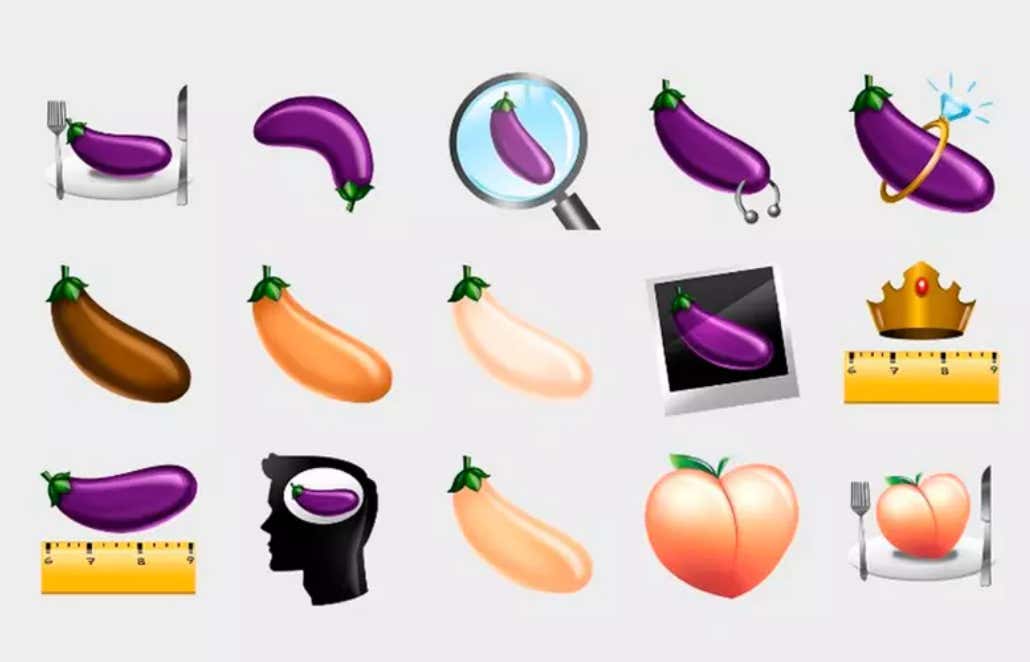 It could be a little more comprehensive, but I get it. They had to make room for all the other kinks they decided to turn into cartoons. I mean on page ONE they have a guy in a harness tied up, on his knees doing the bird box challenge. 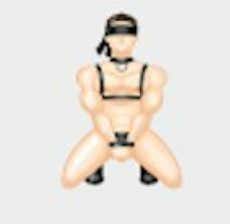 Credit where credit is due, they balanced it out with an emoji for people who like gymnastics, but still… 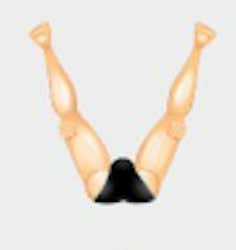 It’s a lot. And God forbid the general public reads an article on these- they’ll get the wrong impression. The entire thing is so ridiculous that I’m not even going to screen shot all of them. The ones that stood out are the otters, the bears, the squatters (?), the gaymers, leather,  guy with an open door, blue balls, and guy puking up a rainbow. 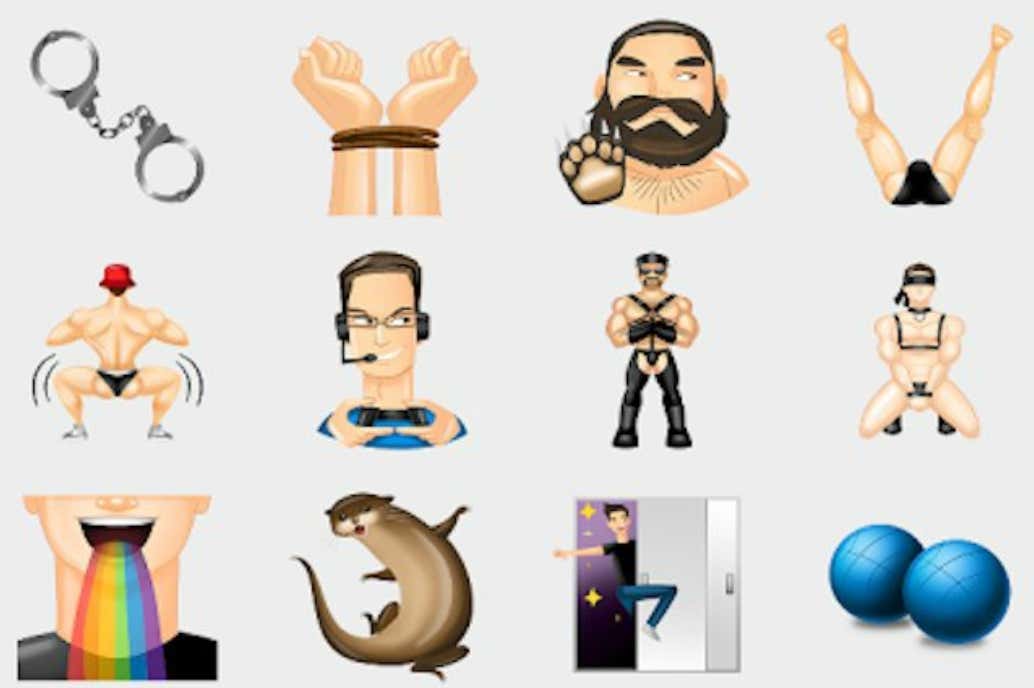 Obviously, a lot of the focus is on body type, which makes sense considering abs are gay currency. But then they start get into underwear, weight lifting, and whether or not you’re on prep. 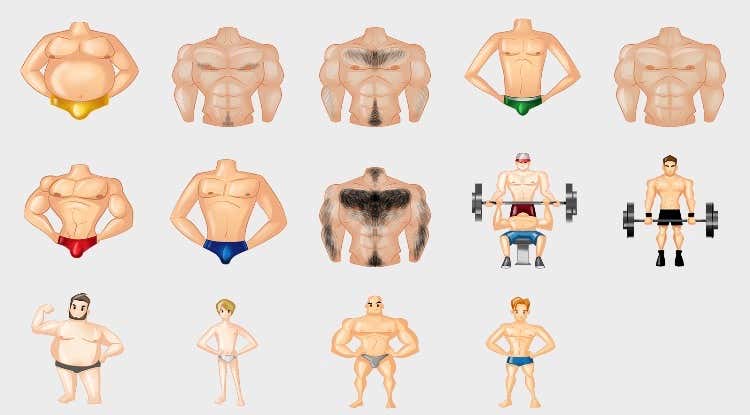 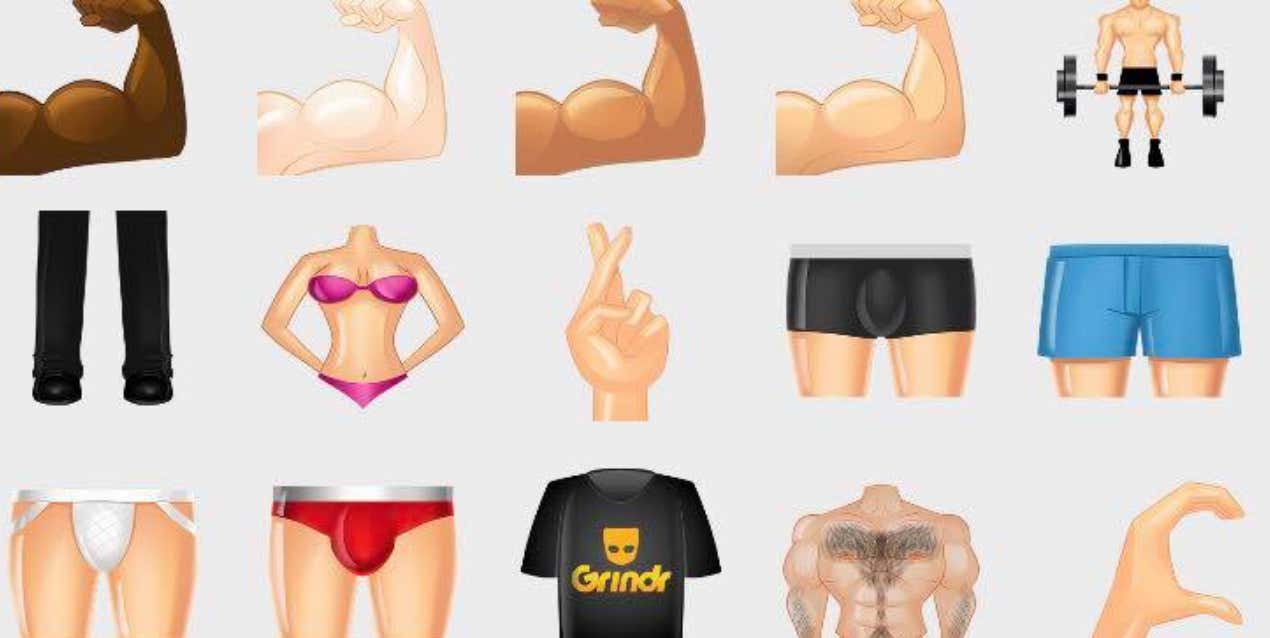 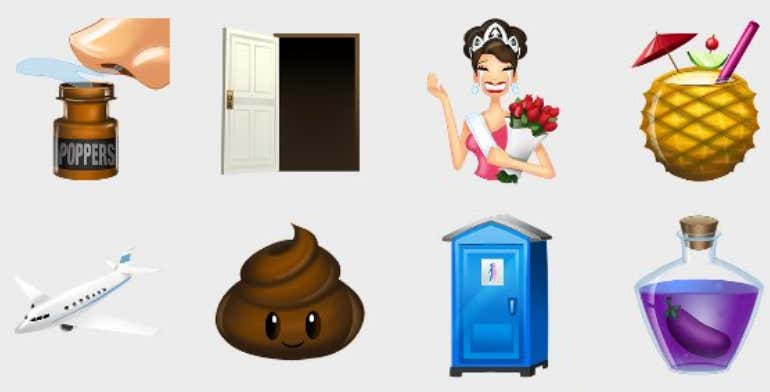 I’m not saying it’s wrong, I’m just saying it’s the definition of extra. I’m trying to imagine what the equivalent of this keyboard would be on a straight dating app and all I can think of are Chaps blogs. It would have to just be a bunch of foods that looks like vagina, right? Whatever. I could post a thousand more pictures, but its not worth it. I’m sure people will complain about a lack of inclusion so be on the lookout for an expansion in 2020.