Breakdown of the video in case you don’t have much time (since your boss is known to pop into your cube unannounced):

Via The Science News Reporter:

Erik Storm, of Kilauea EcoGuides, a tour group based in the Hawai’i Volcanoes National Park, managed to lose his GoPro camera in a crack that was slowly filling with lava. GoPro’s are advertised as being imperishable, but nobody could have predicted that a tiny bit of technology would be able to withstand the 1,000°C heat of lava. After the flow of lava had come to a halt and cooled to form rock, Erik broke through and tried to recover what was left of the camera.

Not only had most of the camera survived, but it had managed to record everything and was still working. Erik pulled out the SD card, which had also survived and shared the unbelievable footage on YouTube. According to Erik the camera still works but it has clearly seen better days. 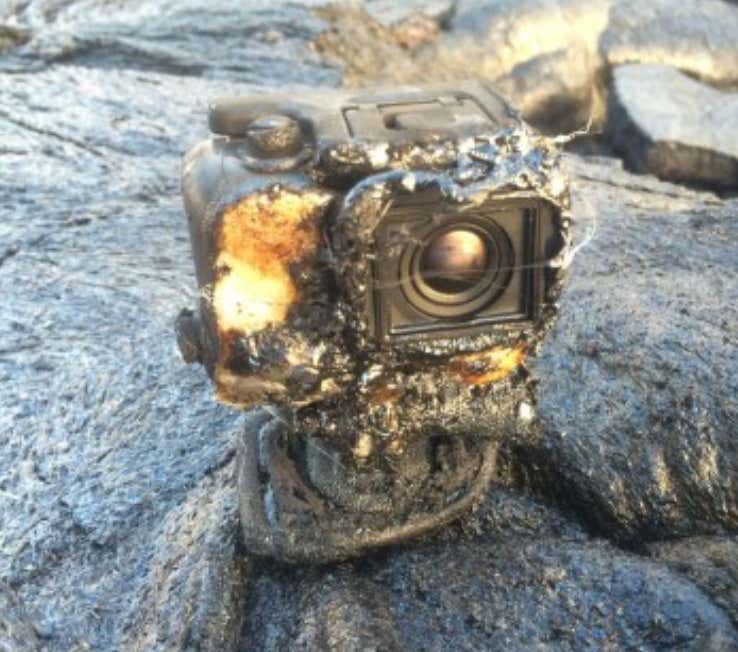 Full disclosure: It was only after I’d started this blog that I noticed the event took place in 2017, but lack of relevance has never stopped me.

Turns out this is one of those things that, for whatever reason, is making the rounds again on social media sort of like the woman who got arrested for sending 65,000 text messages to her ex.

On the plus side, it sent me down an internet lava hole (volcano?)… And I get it, it’s not Barstool LAVA, it’s Barstool SPORTS…

…but if you’re stuck on the toilet these Kate’s YouTube Lava Picks will get you through: