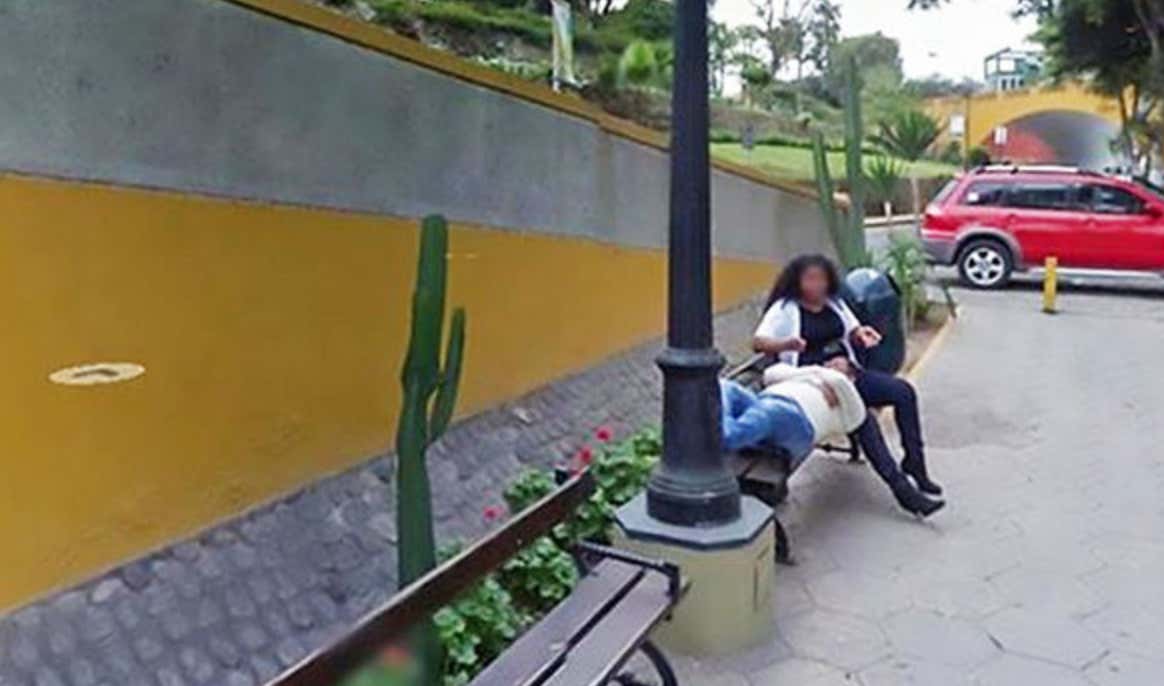 EXPRESS- Google Maps Street View has captured a photograph of a man and woman on a bench in Peru’s capital of Lima. The man is lying on the seat with his head on the woman’s lap as she gazes tenderly at him and strokes his hair. At first glance it might appear a sweet scene but, for one man, this image changed his life forever. The woman has in fact been photographed with her lover – and the shot was spotted by her husband. The husband found out about the affair his wife was having after he saw the photo. He first realised it was her when he observed that the woman in the shot had the exact same clothes his wife did. She and the man were siting by the city’s Puente de los Suspiros de Barranco (Bridge of Sighs of the Ravine). The cuckolded husband then put two and two together and realised his wife had been unfaithful. The man went on to confront his wife about her infidelity following the discovery in 2013, which she admitted to. The couple, whose names have not been revealed, later divorced as a result of the wife’s affair.

At first I wanted to say, “Damn that’s just bad luck for that woman cheating on her husband. What are the chances you get caught cheating by Google Maps?” but then I thought about it some more. First of all, I shouldn’t feel bad for someone who got caught cheating because cheating is bad and it’s her fault she got caught. She shouldn’t have been cheating in the first place. Play stupid games, win stupid prizes. And secondly, have you ever seen the Google Maps car that drives around taking a picture of everything? Do you have any idea what it looks like?

In case you don’t, here’s what it looks like 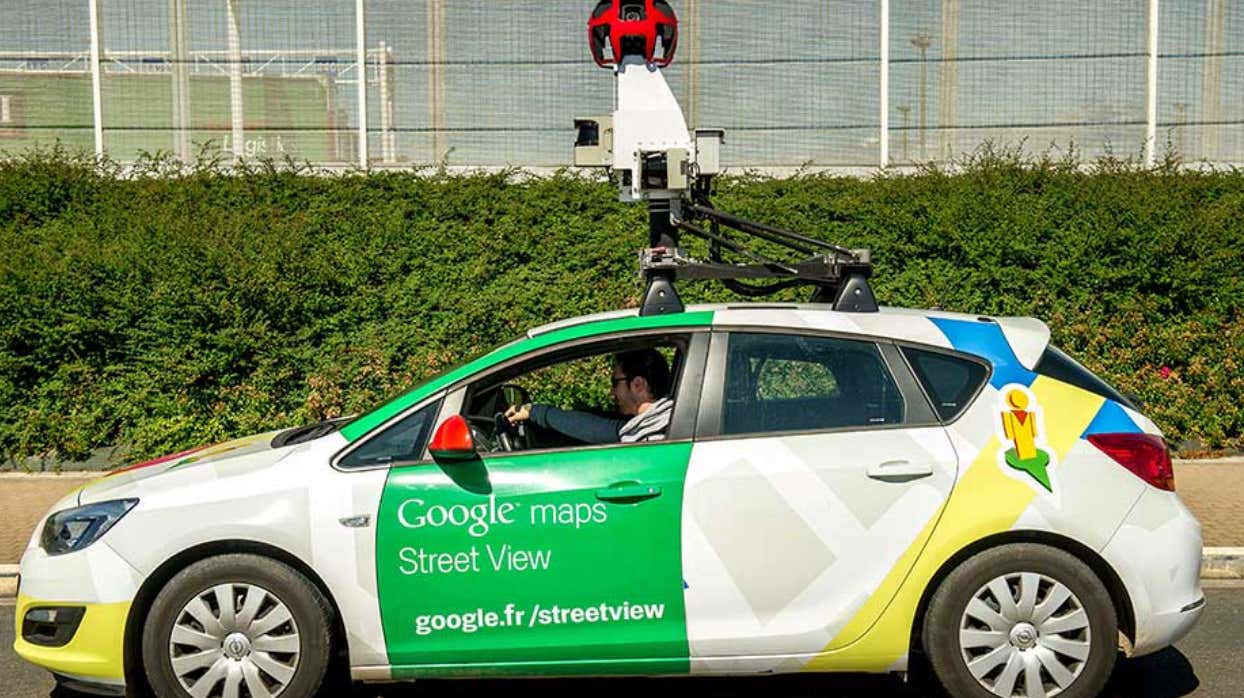 See what I’m getting at? That car is the most noticeable on the street because it looks unlike any other car in the history of cars. It’s got a goddamn lollipop-looking thing on the roof of the car for christ’s sake. I’ve been around when one of them drives by and lemme tell you it’s a fucking scene when the Google Maps car rolls through town. People freak out and take pictures of it and run up on it to trying to get their picture taken by the car. It’s a whole thing. So this chick probably saw that Google Maps car coming from literally a mile away and she still got caught red handed with her lover. The car gave them every chance in the world to high tail it outta there but nope. They stayed chillin on the bench like a couple of morons.

Not only that but that car moves at like 2 MPH. It goes super slow so it can get a clear picture of everything and this chick STIL somehow got caught cheating. She should’ve instantly started sprinting away as soon as she heard people making a commotion and being like, “OH SHIT THE GOOGLE MAPS CAR IS HERE” but she didn’t and now she’s divorced. Life comes at you fast. You know what doesn’t come at you fast? The goddamn Google Maps car. Get the hell outta there, lady.