The first Gritty tattoos are here & they do not disappoint. The first was inked by Havertown Electric Tattoo in the land of Philly’s notorious neighbor, DelCo, and proudly marks the body of die-hard Flyers fan/Lorraine Bar manager Jimmy Lardani. 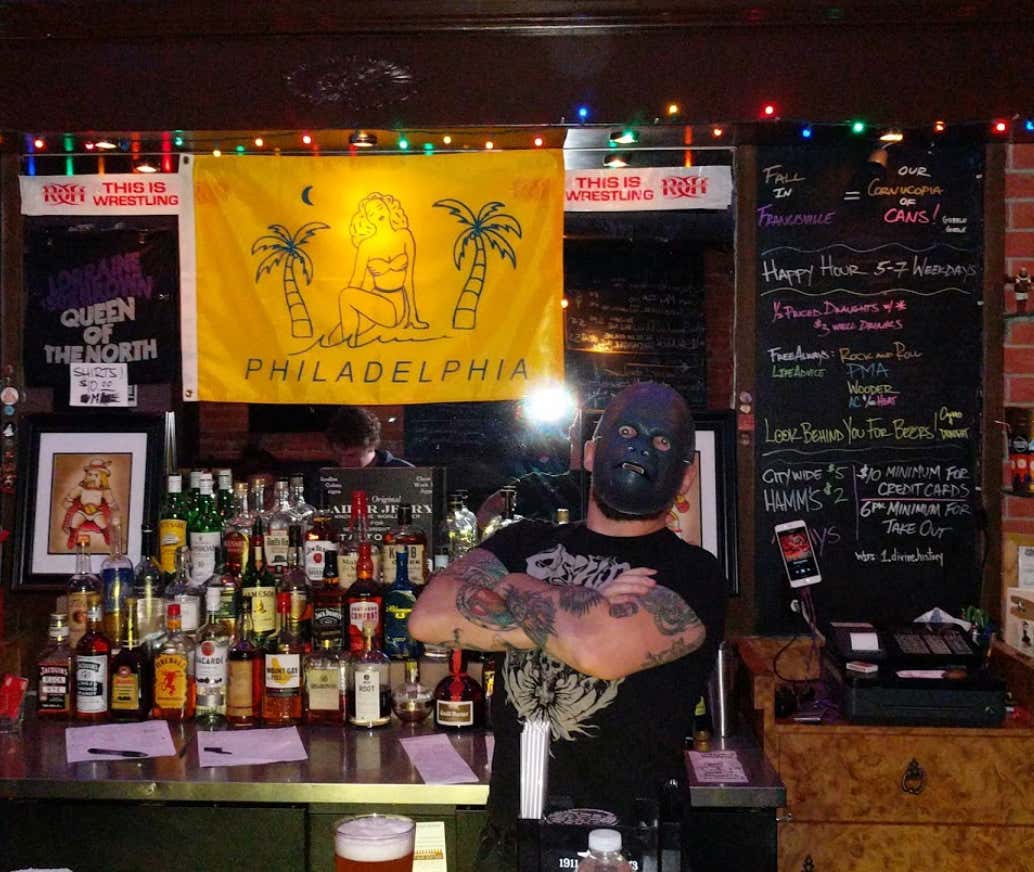 From Danya Henninger at Billy Penn:

Jim Lardani’s experience meeting Gritty was much like the rest of ours: terrifying horror that quickly morphed into a protective adoration and the desire to punch anyone who dared malign the orange swamp creature. Except that Lardani, who operates Lorraine Bar in Francisville, took his love a bit further. He got a Gritty tattoo.

At first, “I was disgusted,” he told Billy Penn. “I was like, what the hell is this? Why did you do this? Why is this a thing?

“It was like an hour after that I fell in love with him. I realized he’s Kensington as hell. Like, I’ve seen this guy at the Wawa on Columbus Boulevard.”

I, and I think many others, had the same feeling. When I first saw the ‘big reveal’ my knee-jerk reaction was disgust & a disbelief that the Flyers organization would go with this googly-eyed mascot prototype as the final choice. Who was in charge? How many people did the idea for this orange monstrosity go through before it came to fruition?

And then I saw him fall repeatedly on the ice at his game debut & was hooked… very relatable for a gal who embarrasses herself often. And in a time when the news cycle is soul crushing & everything is so divisive it’s good to have something that’s fun whether you love it or hate it. That’s Gritty. And right now he’s the belle of the fur-ball making appearances on late night TV shows, crushing on Twitter & delighting audiences.

Havertown Electric now claims the 2nd Gritty tattoo as well (above) & if I were a betting lady I’d say there will be more to come. If you get a prison-style awful one, please be sure to send a photo my way. Promise I’ll keep it to myself.

To close it out, you can get your own Gritty shirt right HERE, and here’s John Oliver dedicating the first two minutes of last week’s show to Gritty, who he considers the baby of McDonald’s orange Fry Guy & Grimace. I was glad to see he, too, takes note of that sweet tatt.