Steven Seagal has starred in action films since the 90’s & even filled in as a reserve deputy sheriff in Louisiana & Arizona for an A&E series, LAWMAN. Now he & his beard that looks like a chocolate Entenmann’s dipped in pubic hair are ready for a role with Russia. 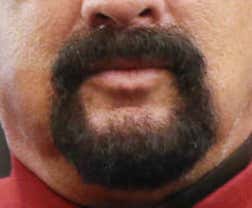 The country’s Ministry of Foreign Affairs has brought him on as a ‘U.N. goodwill ambassador’ to encourage work “in the sphere of culture, art, public and youth exchanges.” Seagal’s grandmother was born in Russia & he got dual citizenship in 2016. 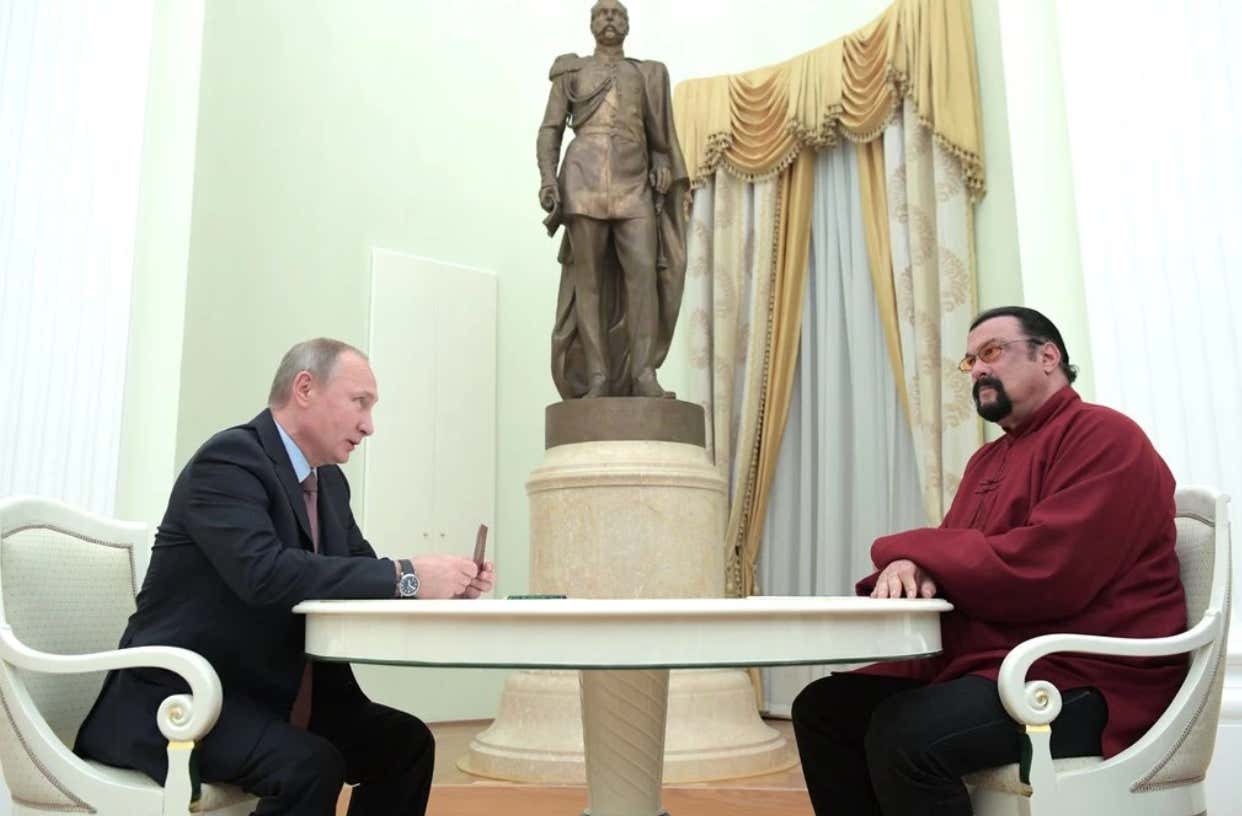 He’s also appeared on TV praising Putin & as a completely wacky guy, martial artist, musician & author he should be a great fit. On his book, “The Way Of The Shadow Wolves: The Deep State & The Hijacking Of America”:

The book follows John Nan Tan Gode, an Arizona Tribal police officer, described on the first page of the book as having “classic chiseled features,” who stumbles upon a conspiracy that reaches the highest levels of power. It is, in other words, a written adaptation of a Steven Seagal movie by Steven Seagal himself, a casting suggested most prominently by its cover, in which the legendary lawman saunters brow-a-furrowed out of some sort of wolf sunset. 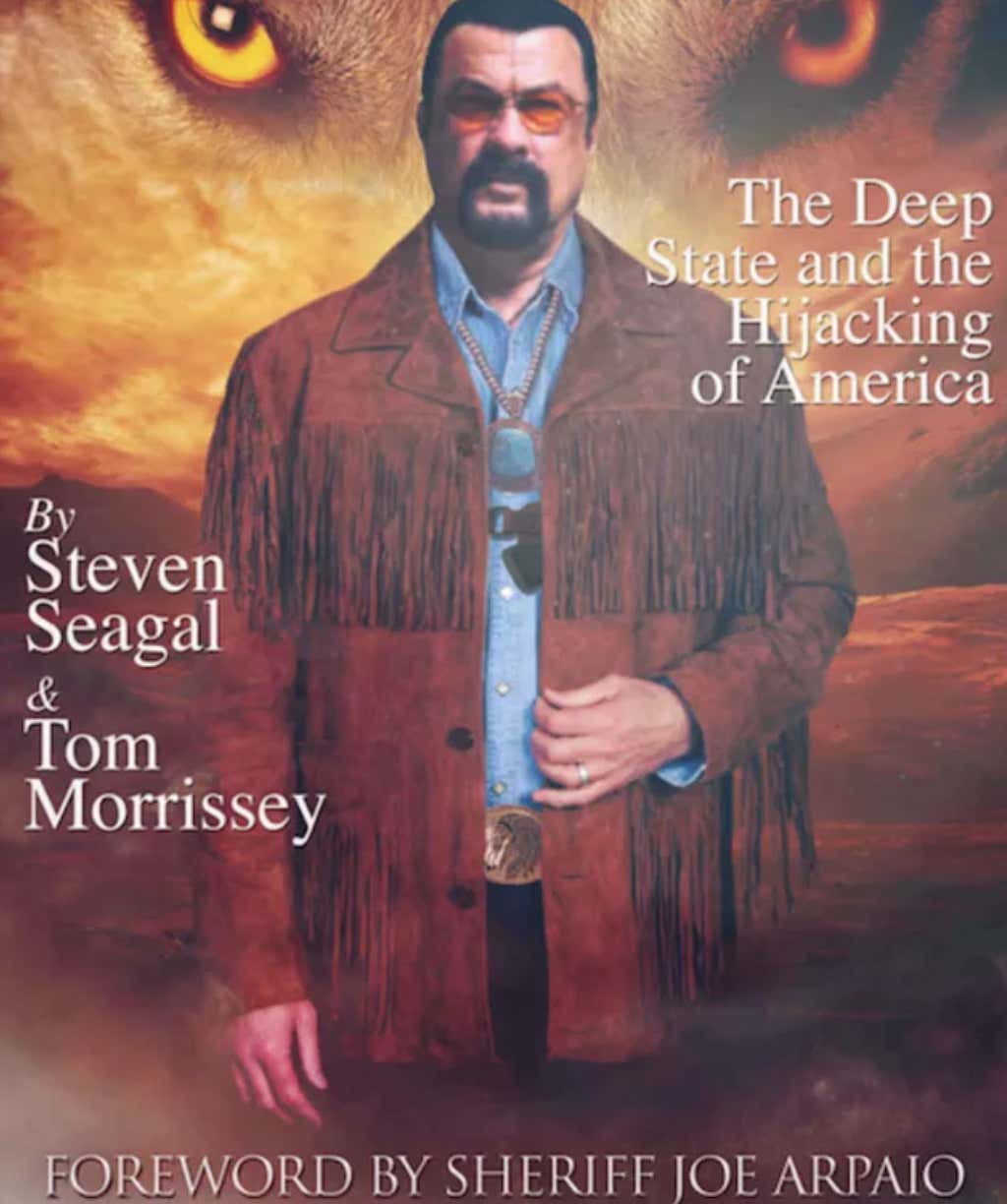 Peak Steven Seagal. Have to say, at this point in politics & diplomacy I’m not surprised to see the star of Cockpuncher working with Russia at all.