I wish Bobby Valentine never managed the 2012 Boston Red Sox, because I feel like had he not ruined an entire year of my life, I would love this guy. Think about the shit that he’s known for. He’s a baseball manager, and any time the name “Bobby Valentine” is spoken, we immediately go to the invention of the wrap and fake mustaches. What other manager with nearly 500 big league wins under his belt can you say that the things he’s most known for have nothing to do with baseball? The man is an enigma.

The mustache incident happened way back in 1999, and it’s not just still being talked about today — it’s being reenacted by other legendary members of the baseball community. Enter: Ichiro Suzuki. Perhaps there’s a big time mutual respect between Ichiro and Bobby V because Valentine managed in Japan for several years and really embraced the Japanese baseball culture, and they embraced him right back. That brings us to yesterday when the most legendary player in Japanese baseball history paid homage to Valentine in the Mariners’ dugout. 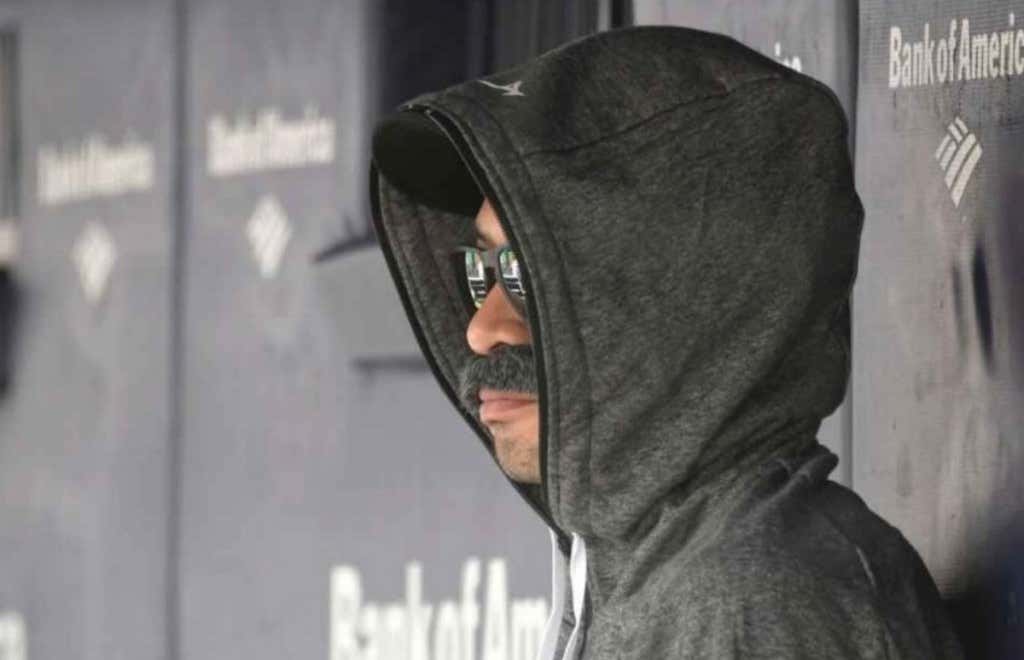 First of all, I hope the rumblings of Ichiro participating in this year’s Home Run Derby are true. Fuck all the whiny no-name guys in the league that are having decent power years who feel like they should be in it because of their home run total. It’s a fun event that doesn’t mean anything. It’s mostly about the names, not the numbers. I’d love to see Ichiro get in there as a farewell moment. Second of all, Valentine was legitimately moved by this stunt that Ichiro pulled.

“He was perfect. I never would have known it was him,” Valentine texted to The Associated Press. “One of the biggest honors of my life,” Valentine said. “I was going to send him a set, but he didn’t need it.”

Knowing that he’s not supposed to be in the dugout during the game, Ichiro threw on the Valentine disguise to take in the first inning of the Mariners-Yankees game, and then he left on his own power, unlike Valentine who was asked to leave. Valentine never won a World Series as a manager, although he did get to one. There aren’t many managers that never won a World Series who are remembered fondly and that their signature moment is something that brings back positive memories.

Unless you’re from Boston, then yeah. You more than likely hate Bobby V and the mere sight of his face makes you want to smash your television with a sledgehammer. But for everyone else, people are gonna think of that ridiculous mustache, which is why Valentine considered Ichiro’s act to be “one of the biggest honors” of his life. Pretty cool, actually.