The Lowering The Bar Tournament road to the finals is shaping up, and after the first two match-ups between PFT/Billy Football & Smitty/Mrags the first semi-final match is set. BUT, there is still a lot of tourney left halfway through Round 1 with a Mean Girl vs Mean Girl match-up (Alex vs Jordyn 6/13 release) and Blue Wine's Revenge (Keegs vs Tommy Smokes 6/15 release.)

Smitty vs MRags lived up to the hype you would expect from the Romper Room Rivalry and then some. When designing challenges we knew a paintball gun would be involved with the squid game cookie challenge, so we put it in Smitty's episode to make a perfect full circle Barstool moment. We hoped it would be Smitty getting shot, but in a weird way, Smitty being the shooter was an even better outcome.

In fact the tension in the room when Smitty took the safety off the gun and started walking towards MRags was a highlight of this episode. These two have legitimate beef, so everyone on set had a puckered butthole waiting to see if Smitty would go full hardo-mode and point blank assassinate MRags. Luckily, General Smitty is a man of honor and we didn't have a Rust situation on our hands.

Smitty is a great competitor, but unfortunately the board was not too kind to The General. A stop watch challenge and MRags Labatt Free Space ended up being the deciding factors in this match-up. The stopwatch challenge was meant to be a ridiculous challenge, and I won't knock Smitty for not remembering PEMDAS when solving for X, because there are few things in this world more intimidating than doing math problems in front of people (not to mention on a game show.)

As the newcomer to Barstool Gametime, MRags had something to prove against Smitty, and he did just that. While taking advantage of what the board dealt him, MRags stayed calm, cool, and collected the entire round. Even when the firing squad executioner attempted to take him out with a paintball from point blank, MRags didn't break a sweat.

The COD expert, MRags, moves onto the next round where he will face tournament favorite Billy Football in the semi-finals. After two episodes half the bracket has been completed, while the other half will be decided this week Monday 6/13 & Wednesday 6/15. 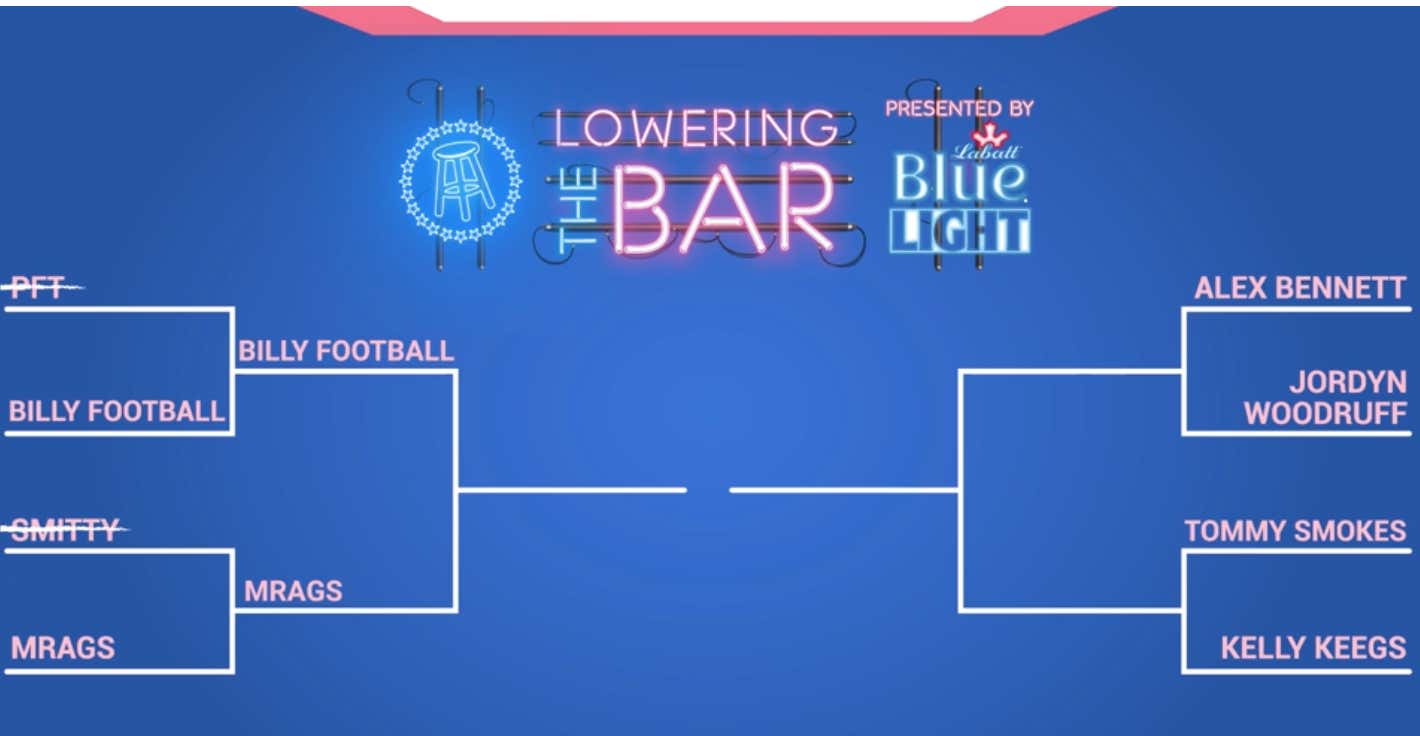