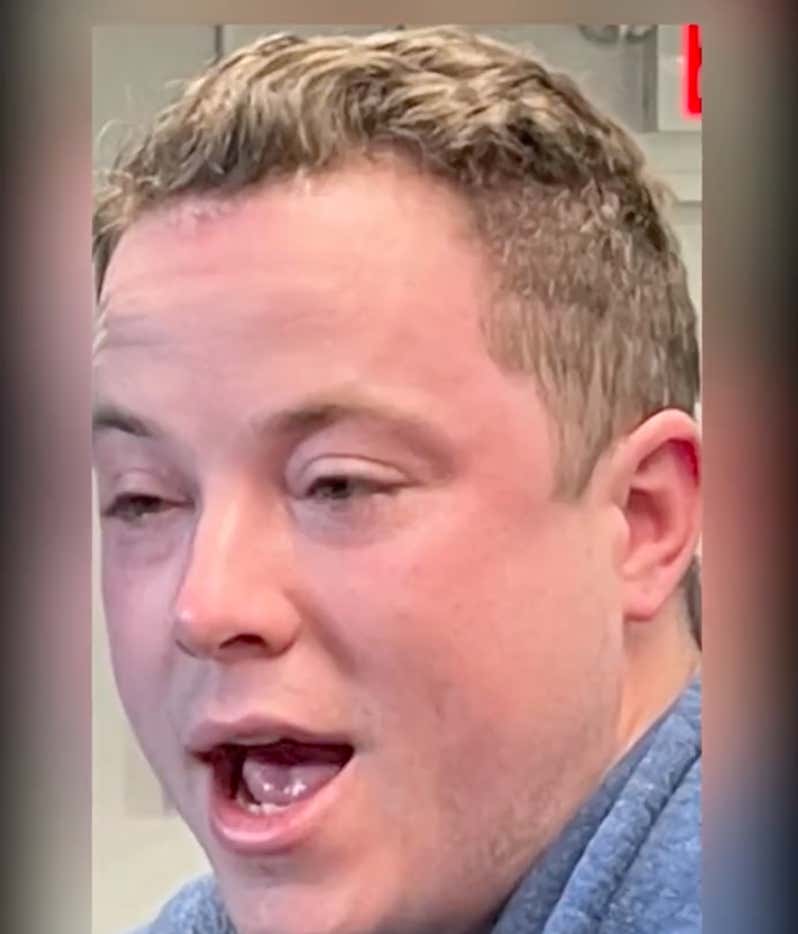 This is the face of a man who …

A) Was stung by a million killer bees.

The answer is somehow C. It was pure chaos at the bar this week as bloggers fought to stay alive against the a hot chip with nuclear reactor like heat. Some fought through tears and handled it with dignity, others handled the chip as if they actually did burst into flames. Poor Frankie touched his eyes and morphed into an entirely different person.

Trent, always concerned with the safety of others, especially his Foreplay co-host, stands watch like the silent protector. By this point there was nothing that could be done for Frankie. The chip was already on a kamikaze mission to Frankie's ass.

Frankie explained the damage done on Foreplay, and how he and his girlfriend were left to clean up the wreckage with ice cubes and a cold shower

You can order the chip and try for yourself (free ad) but the chip is obviously extremely hot, so be careful. Keep plenty of milk and ice cream nearby, not lemon juice (fuck you Gordon Ramsey.)

P.S. I hate to keep posting this gif everywhere because he was such a good sport, but there is something about white milk dripping down Frankie's pasty white chin that's mesmerizing.