The final episode begins with Yellow (Marty, Keegs, Kayce, Spider) and Blue (Dana, Vibbs, Pat, Glenny) teams desperately scurrying to solidify their alliances before the final team challenge on The Jersey Shore. The only problem with the team alliances, they all depend on who wins the final captain challenge. People were clueless as to what activity we could do in an Atlantic City parking lot at 7:00 am, while there are MANY things to do in AC backlot in the early morning hours, the captain's challenge was less physical and more mental - Barstool vs America trivia competition.

The yellow team came together in Chicago with a plan to split up Dana and Marty to make the teams even going into the final challenge. BUT, for the plan to work that meant either Spider or Myself going over to Blue, not becoming captain, and throwing the challenge to ensure a yellow victory, only to be brought back over after the final challenge. A strategy both teams flirted with, but in the end, the yellow team got cold feet on the deal and it was off. That's when I realized no one could be trusted, and it was kill or be killed. I had to take the captain spot for myself. If you had to go head to head with someone in trivia, I would hate to go against the #9 efficiency ranking in the office ...

The trivia contest earned me a spot as Blue Team captain and Kelly Keegs with a spot as the Yellow Team captain. Worst case scenario for 99% of the alliances in the game, and not ideal for the power couple Jelly Veegs. The only people that are safe from getting kicked off their team are the captains, so this meant Kelly and I couldn't save each other at the end, and the only way Keegs could get the $40k and the beach house was by beating the blue team straight up.

As both teams lined up on the beach to go head to head, Kelly and the yellow team dropped a bomb. Kelly gave up her captainship to Marty, so captains going head to head would be more even.

I'm not sure if Kelly giving up the captainship was the right move based on how Marty and Dana were plotting to throw the entire challenge to save each other, BUT it definitely gave yellow more of a competitive edge against the blue team in the grueling final challenge. 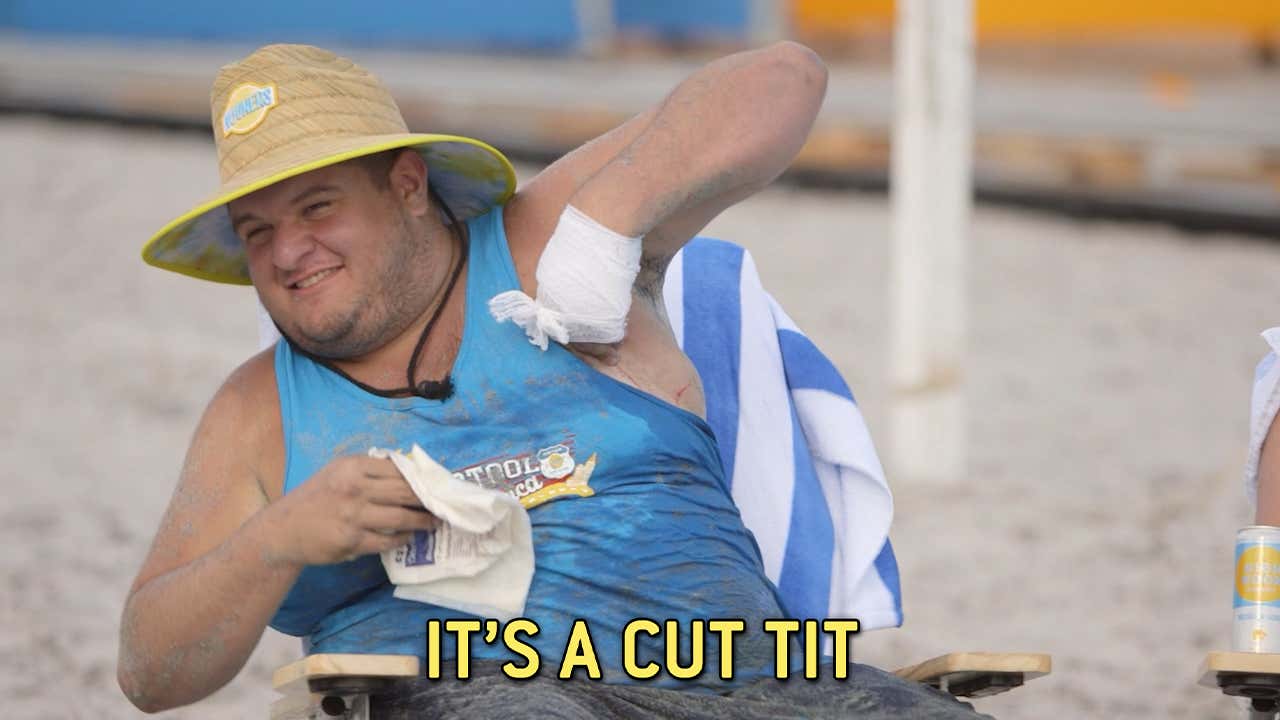 The ball pit seems harmless since every children's play place has one, but then add slime to the ball pit to make by far the hardest challenge. Imagine swimming as hard as you possibly can for 6 minutes, and that's the ball pit. Such a simple task that was insanely tiring. Few made it out without a scratch. Glenny cut his mozzarella, and Kayce Smith attempted to drown me in a sea of balls for hiding her frisbee from her. The challenges weren't all physically draining, some were even kind of fun …

The final challenge had its moments where it was close, but the blue team ended up running away with the victory despite rumors of Dana and Marty throwing the challenge.

With the Blue team winning and me as the captain, I controlled who gets the $ or who gets the $ taken away. Everyone had alliances. Marty and Dana never spoke to me about teaming up and cut me for Pat in Panama City to create the Big Blue 3. I was left out in the cold … 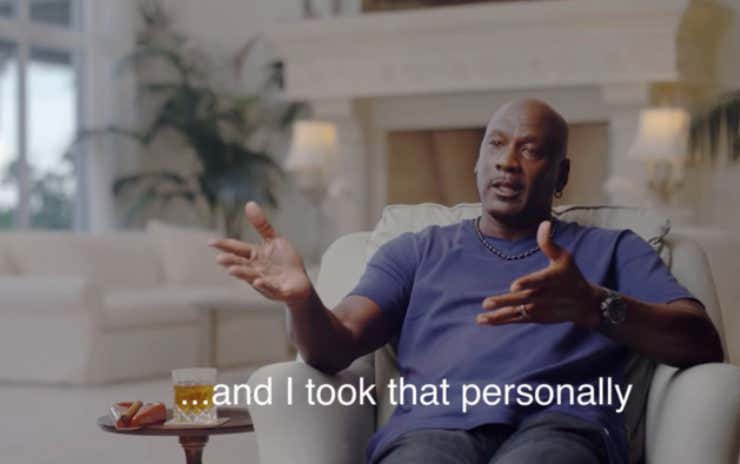 The only alliance I had going into the game was with Pat. We both agreed we were outliers and if we could help each other out, we would. Marty and Dana seemed to be under the impression that Pat was on their side, but I was under the impression Pat was on my side.  The only promise I made was to Glenny for giving me half of his sandwich when I was a hungover withered husk. While Keegs should be the obvious choice to save, but I told her that I had to remain true to my word that I already gave to Pat and Glenny.

Glenny will forever be a hero for saving me. I made good on that promise. The only way I could protect Pat like I told him I would, was by getting rid of Dana so Marty couldn't cut Pat. Would pat have protected me if he was the captain, or been loyal to Dana and Marty? No clue. But I held up my end even though it meant not saving the one person I had feelings for outside the game. I trust he would have done the same. That left Marty with the decision of giving $10k to either Spider, Kayce, or Keegs. In the end, Marty decided to save Keegs. No problem with that. 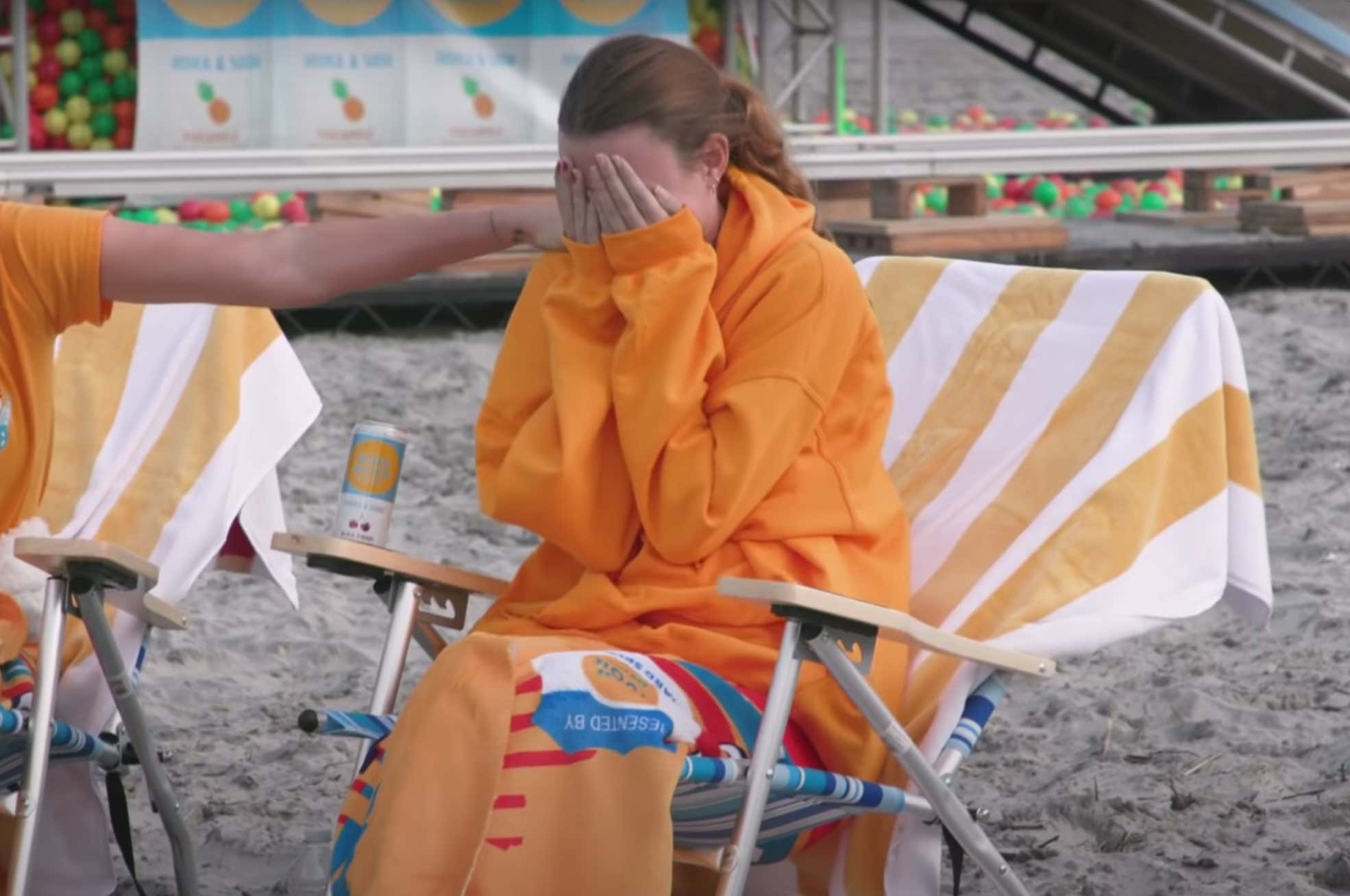 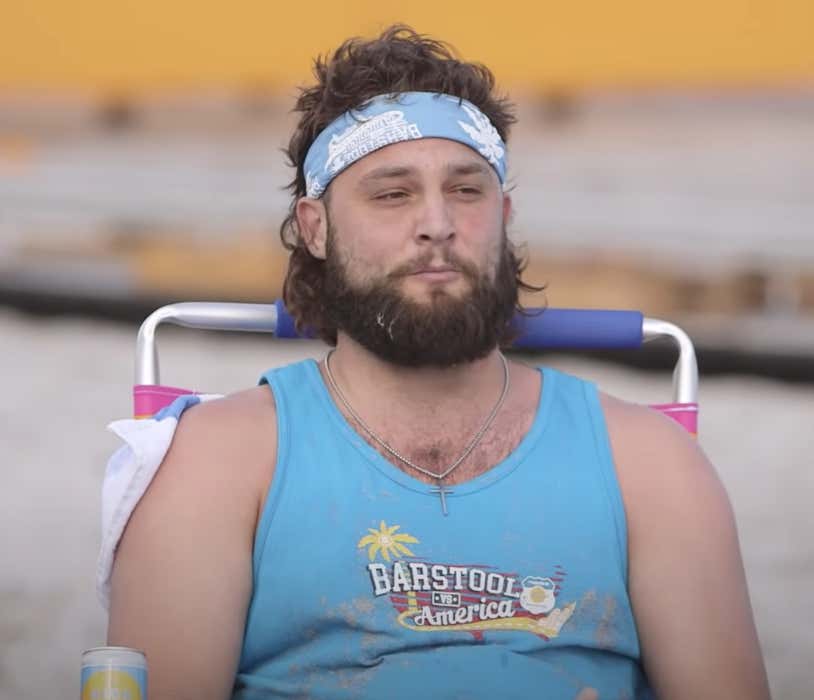 Even the most humble competitors can take a loss poorly, but Dana trying to snake everyone, throw the challenge, then getting legit angry and taking it to another level with unnecessary personal shots on the beach about Lowering The Bar? Sorry Dana B, but I'm going to react.

I've tried to have a few conversations with Dana but he tells me to my face it's just a game, but then cries on camera trying to play the victim. He's right. It's a game. Nothing personal against Dana, but I did lose a little respect seeing how he acted after a loss. Someone was always going home without the money, and Dana is mad the rabbit got the gun.

The only person in this game that could hold the decision over my head, and have a gripe about me not saving them is the one person on this trip that let me inside them. BUT, None of that matters because Kelly and I have announced we will taking our prize money, and returning to where the love bug bit.

I've never been to the Jersey Shore, but I think I checked all the boxes to make this a fun summer  … Money. House. Girl.