The clip above says it all without saying it. I might have stretched the truth a bit in my recap blogs for episodes 1-2 of Barstool vs. America, but the truth all came out at the beginning of Episode 3.

The Blue & Yellow teams went out to the bars in Panama City Beach after our challenge, and after a night of drinking I was worried about Kelly Keegs getting back to the Blue PCB house from the bars, so I made sure she got home safe. Unfortunately, the producers of Barstool vs. America have never simped for someone and penalized me for staying the night at the Blue Air B&B.

The penalty for not sleeping in the right place came into effect during the Nashville team challenge, so the blue team started with a 3-0 lead for the Basketball Slime Stair Challenge. Perfect. Love it. This only brought the yellow team closer together.

Things that are less than perfect and I don't love - Dana Beers delivering me a strong sliding kick to the dick.

The 3 point penalty assessed for sleeping over never ended up becoming a factor in the slime basketball challenge, and Blue easily took home another massive W. I couldn't deliver the win for yellow, but by running up and down those stairs maybe 100 times more than everyone else I tried to prove that I'm willing to put it all out there for my team and I can compete with anyone in this competition. 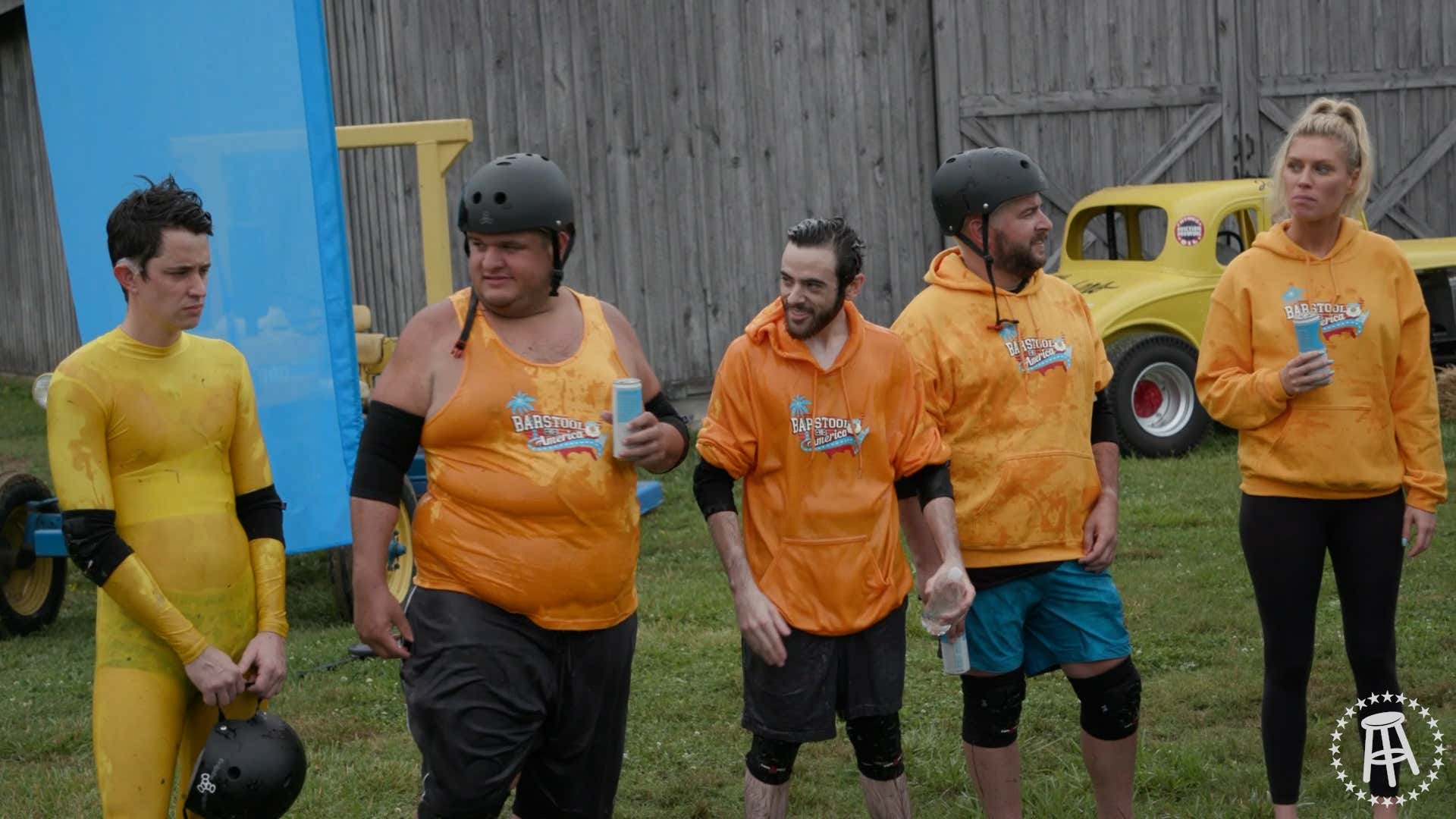 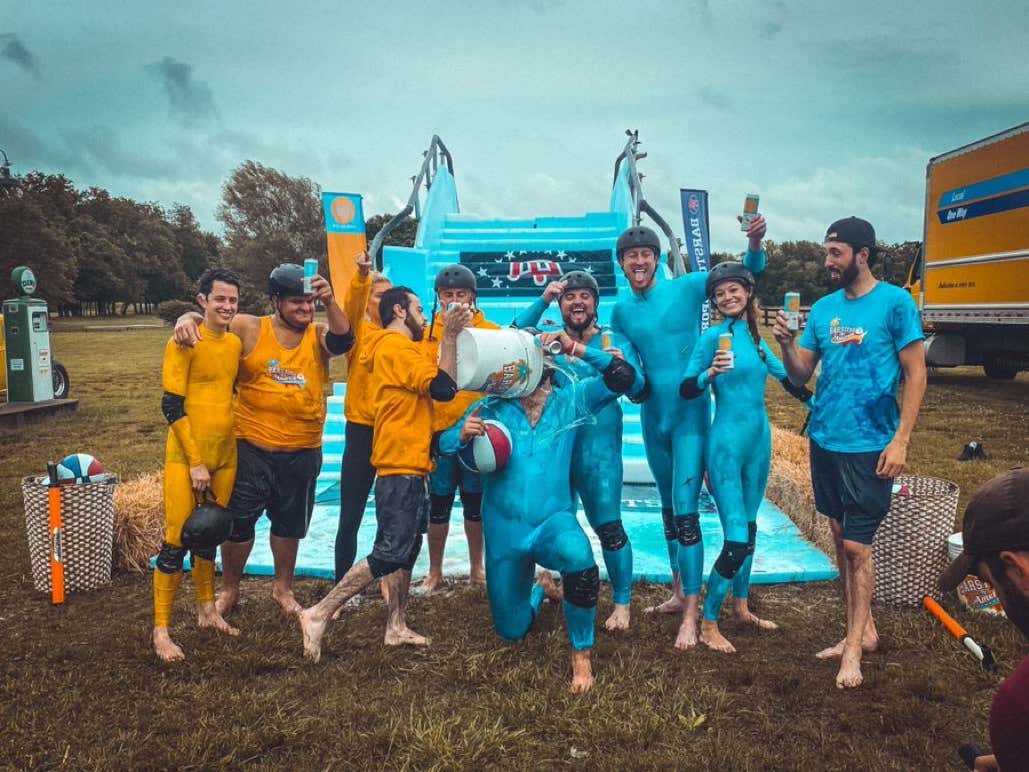 This competition has not been good to Vibbs the first two episodes, but even after a loss, things are looking up … the one human being in this game I do not want to compete against has now joined my team after getting cut from Blue, and the yellow band of misfits has become united in solidarity on their way to Chicago for Episode 4.