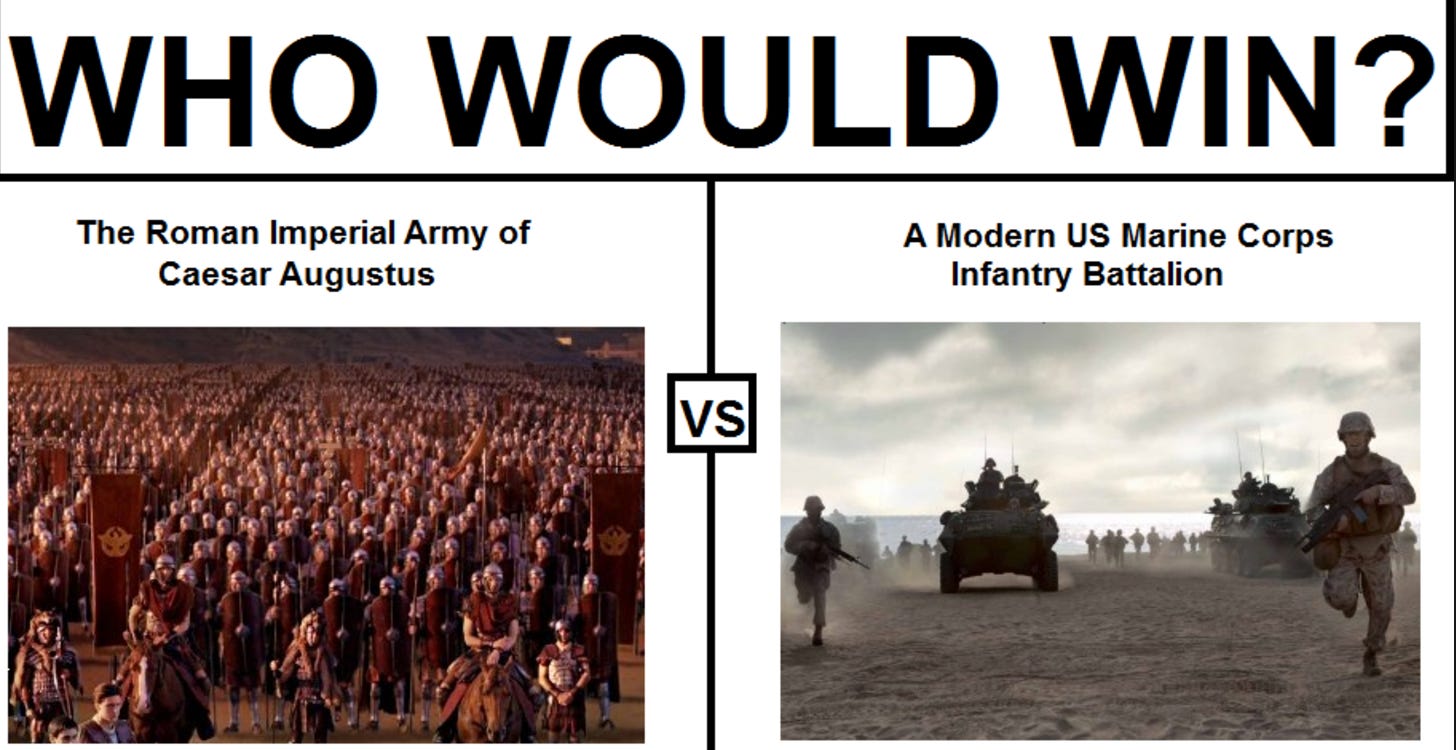 Great question on todays podcast. Roman Empire vs modern military. Feitelberg was dropping Roman knowledge on everyone’s asses talking about “trebuchets” which is just a fancy word for catapults. Asa wasnt sure what a tank was.

One thing I didnt consider was fuel for the tank. If a tank could stay on the move I feel like 1 tank could just keep doing figure 8s and mowing down a bunch of Roman idiots with spears. But once you run out of gas you just get engulfed by the Roman army sort of like that one tank in the movie Fury.

Way in. Size vs skill and technology. Who ya got?