(Source) — The possibility of sex robots over-exerting their human lovers to the point of collapse is just one of the ethical conundrums academics and society need to get their head round, a Swiss academic told a conference on sex robots today. Oliver Bendel, of the University of Applied Sciences and Arts, Northwestern Switzerland, told the Love and Sex and Robots Conference at Goldsmith’s University, that the full range of machine ethics questions can – and should – be applied to sex robots. Machine ethics sees machines – whether self-driving cars, chatbots, military drones, and presumably, your basic pleasure model – as potential moral agents in their own right, he said. This raised the question of whether sex robots should have moral skills, in addition to their other more tangible skills, and “if so, which ones?” If they did, he continued, should these be simple “duty ethics” or should they also be mindful of the consequences of their decisions. Could robots enter into contracts? Certain questions were particularly pertinent, he continued. These included whether sex robots should be able to “entice” users. This is not just a question or applying some hair gel and a happy-go-lucky expression. Just imagine all the wiles of Google, or mobile games makers, applied to enticing you to keep pressing that button…or whatever. Another key issue, he said, was whether robots should have the capability of “refusal” in “extreme” circumstance. Similarly, he continued, should robots be compelled to reveal they are, indeed, robots.

Why I have never… NEVER… read something more concerning than this. Who the hell does the Love and Sex and Robots Conference at Goldsmith’s University think they are? You don’t get to strip me of my freedoms by deciding my fuck robot can decide when we can and can’t have sex. If I wanted a vagina with the ability to say, “No. No sex tonight,” then I’d get a girlfriend and not a robot. This is like when Bloomberg decided that we couldn’t drink sodas the size of a bathtub or when Marty Walsh opted to make it illegal to chew tobacco in public parks. Who is the government to tell me that I can’t do things that are potentially harmless to my health? I’m sorry, I thought I was born in America. Land of the free, home of the brave, place for fucking robots until your heart explodes. The last thing I want in my sex robot is a conscience or a preference for what hole we’re gonna use tonight. I’m trying to sleep with a freaky sex maniac, not a Mormon.

Also we talked about sex robots on KFC Radio so be sure to check that out. Asa is basically a sex robot so we were really getting information right from the horse’s mouth. 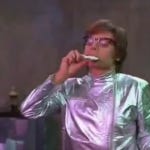 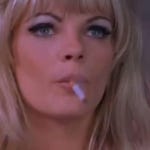