Woah, we're halfway there. The Pardon My Take Drive to the 405 picks competition is officially at the midway point, and there was a ton of movement in the standings this week. In case you haven't been following what our podcast is doing this season in terms of a picks contest, here are the details:

Here is what went down yesterday and caused the standings to look much different than what we were used to seeing: 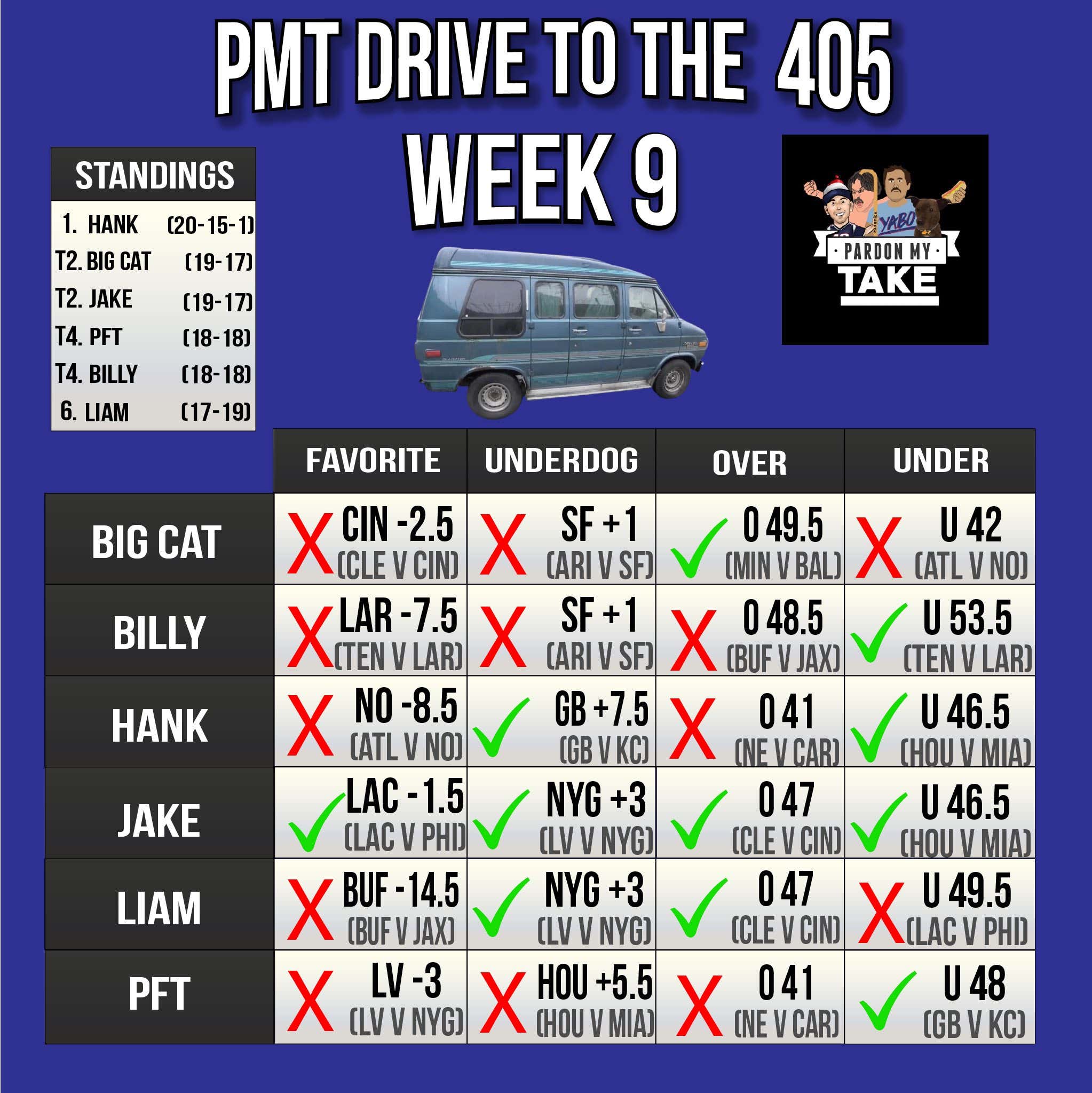 What a week for yours truly! My first 4-0 mark of the season bumps me up from a tie for last week… all the way to a tie for second place. That's right, I saw the board perfectly this week, and all it does is move me from one penalty position to another. As for everyone else, it was a "bleh" week for the group. Liam created the phrase "Ohio-ver" which was a fairly easy winner, while the Packers managed to backdoor cover for Hank despite looking terrible. It is still anybody's contest to win, and more importantly, to lose. Nine weeks down, nine weeks to go. Until next week…