Growing up, I got enthralled with poker the same way as most people, by watching the ESPN broadcasts of Chris Moneymaker winning the 2003 WSOP Main Event. From there, I followed the path of most- started fucking around in home games with friends/family, and then venturing into the world of online poker. And like most, I fucking sucked at it. I would deposit $25 onto my PokerStars account and play the $11 nightly $30,000 guaranteed tournament, and I never won. Barely ever cashed. I loved it though. And I would spend my Sundays watching the best players play the highest stakes tournaments (this was before Twitch, I would just watch their tables with the cards face down), trying to figure out what they were doing differently and why they did what they did.

This led me to the 2p2 forums, a once bustling message board where all the top players in world would talk poker. The strategy forum over there was insane, literally so much free information about how to play hands. I would spend hours on end reading these threads, attempting to boost my game.

Eventually I got...somewhat better. Not great...wouldn't even say good...but better. This led me to playing a live event in Atlantic City in December of 2011. I played a $345 tournament and was crushing it. Went into the final table 1st in chips, but played HORRIBLY at the final table and finished 7th. 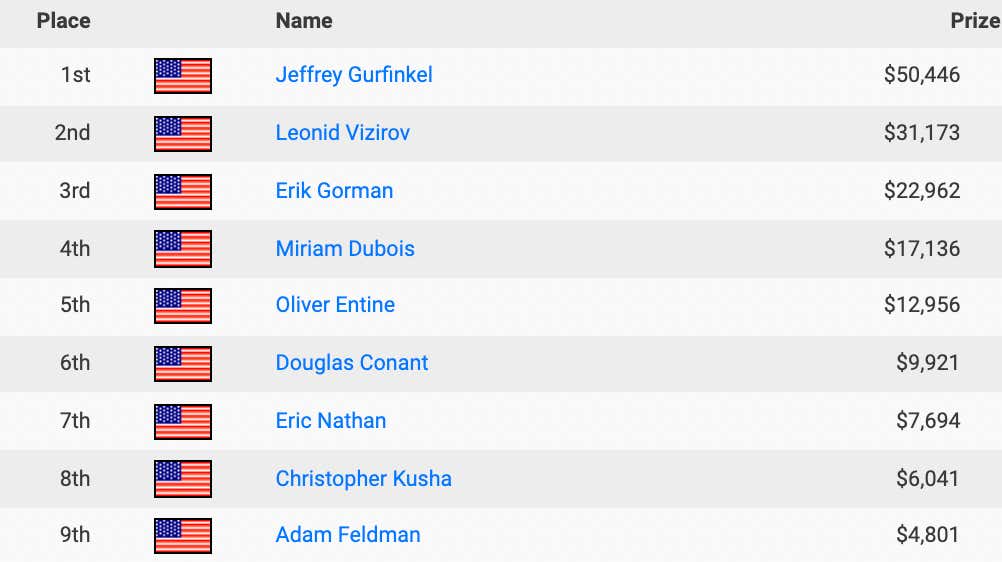 A lot of it is a blur, for it was 10 years ago at this point, but my heavens did I play BAD.

This kept me hungry though. Eventually I moved to Manchester, England to try to hack it in the "online professional" world. I certainly was not good enough to do that, and I knew it, but it was either that or get fired from my $35,000/year job at OMD, a media agency in NYC, that I fucking DESPISED. It was a cube job times a million. I was working 60-80 hours a week doing the dumbest most brain-dead work ever, living in a shit hole apartment in East Harlem, and did I mention making $35,000 a year? So it literally could not be worse. I had to take a chance and get the fuck out of there. So I flew to Manchester and moved in with my friend Rich, also a poker player. While there we played soccer, ate Nandos, and grinded poker. I wasn't setting the world on fire by any means, but I was at least happy, and that's all that mattered to me at that point. I made enough to pay rent, and basically broke even for the 6 month journey. I'd take that trade-off any day.

So I came home from England, unemployed, online poker illegal in the United States, and then a few months later got the job here at Barstool. Everything was great. Everything was perfect. But there was still 1 thing that was always on my mind- poker.

Between crushing the job (teehee, I love when I hype myself about the old days), I would go to play cash at Maryland Live, and the occasional tournament. I final tabled one such tournament, which also included a trip to Aruba (OG stoolies remember this saga).

The Aruba poker saga gave me the momentum I needed to try and mix in more poker content at Barstool, which eventually led to an ad deal which got me into the Main Event at the WSOP in 2017. And what a god damn time that was. I got quads over top full house the first level of the day, and beast-moded the first 2 days, which I was chipleader of at one point. Also don't forget the Barstool Radio blow ups with Caleb and Dave, the Elvis video, and the infamous robe video with Smitty.

That 2017 Main Event run was probably the biggest thrill of my career. There I was, in Las Vegas, playing the Main Event at the World Series of Poker, with the entire Barstool Universe watching me. Though I fell just short of the money, it was an absolutely unreal experience.

I played again in 2018 and 2019, and while nothing extraordinary happened in either, the fact I got to play 3 years in a row was more than I could ever ask.

2020 was obviously the COVID year, and thus I have spent the better part of the last year studying my dick off, trying to get better at poker. I have used poker training sites, watched endless videos, hurt my brain trying to figure out how to do math, and so on and so forth. When I was out in Vegas last month, I cashed one of the three events I played for crumbs, but thought I played pretty well the entire time.

Since coming back I've continued to work on my game, and I've never felt better about it.

I'm flying out to Vegas on Friday and playing my 4th Main Event on Sunday. Dave will be there cheering me on, being a supportive boss. And yes, I will be wearing the mask, a bets a bet and I'm a man of honor and integrity. It's sort of a nice culmination of all my years at Barstool, all the ups and downs, all the shenanigans, that I'll be wearing the mask at the Main Event of the WSOP with Dave in attendance. Something poetic about it, I don't know.

I don't feel I need to cash it to validate myself, but it certainly would help. Not cashing the previous 3 Main Events sucks. I busted the last one getting in A9 vs A8 all in pre flop and he turned an 8. Poker variance is a motherfucker, which is why you can't be results oriented. As long as I play well, I'll be happy. But a Main Event cash would be a huge notch in my personal resume. Playing is great, cashing in it? Unreal. I know I'm good enough. Hopefully the cards will be on my side and Big Cat's money brings me the run good I need. Can't wait to get out to Vegas. Positive vibes only. Let's get rich baby.