We are approaching the halfway point of the NFL regular season, and another week of the Pardon My Take "Drive to the 405" competition is in the books. In case you haven't been following what our podcast is doing this season in terms of a picks contest, here are the details:

Entering Week 8, the entire group from top to bottom was separated by just 3.5 games (and that is still the case). With 10 weeks to go, here are the results from yesterday: 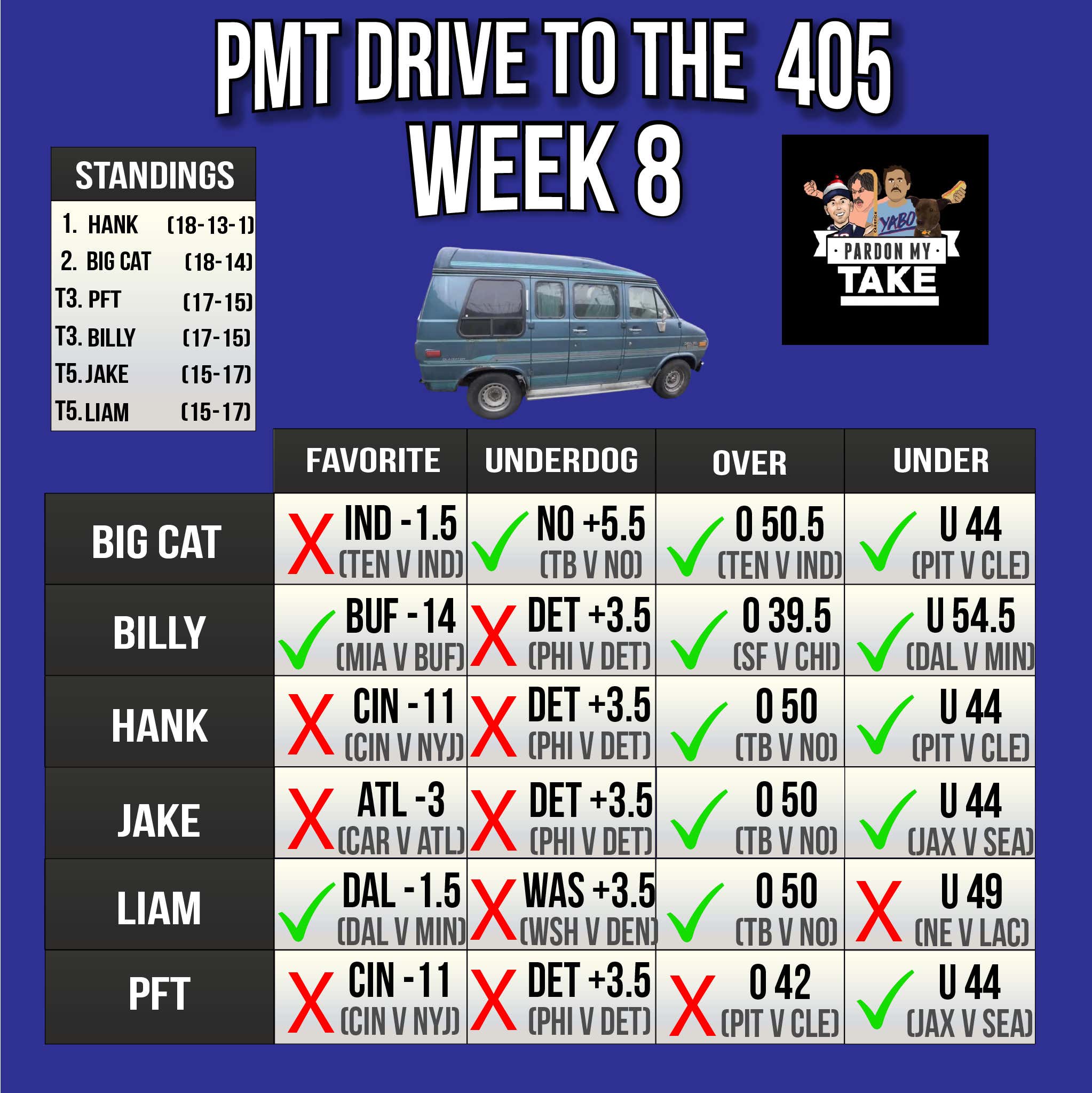 In the favorites section, Billy earned himself a backdoor cover thanks to Josh Allen, and despite no Dak and a bad number, Liam got a huge win on Sunday Night Football. Meanwhile, Big Cat was an overtime away from going 4-0 this week, but the Colts decided to spoil that. As for the underdogs this week, it was Mr. Cat himself who saved us from a total disaster. The most popular pick of the season for our group (four out of six people) never stood a chance, as the Lions are really, really bad. The total points categories were much kinder to us this week, as we went a combined 10-2.

At this time next week, we will be exactly halfway done with the regular season, and it is still anyone's game in terms of driving across the country (thanks to the second place punishment as well). If the season were to end today, Big Cat would be locked into the trip, along with either Liam or myself. If there is a tie after Week 18, the tiebreaker will be decided during Wild Card Weekend.