With just 26 days until tip-off, it is officially conference preview time for the Barstool Bench Mob. Over the course of the next four weeks, we will be breaking down each of the major conferences in college basketball. Our first stop is the ACC, and I think it is safe to say that the biggest storyline with this league also happens to be the top headline in the entire sport: Coach K's Farewell Tour. Game in and game out, there will be a lot of attention on Mike Krzyzewski, who has roamed the Duke sidelines since 1980. Today, we are going to break down each of the 15 ACC teams in addition to revealing our Conference Champion, Player of the Year, and Coach of the Year at the end. For the sake of fairness, we will preview each team alphabetically. Away we go...

It's a clean slate for Boston College. The Eagles have a new head coach and only return one starter from last season. That's Makai Ashton-Langford, who averaged 9.7 PPG a year ago. A key piece to look out for is Brevin Galloway, a graduate transfer who followed Coach Grant from the College of Charleston. It's probably a tough road ahead for Boston College, but the good news is that things can't really get worse than they have been. 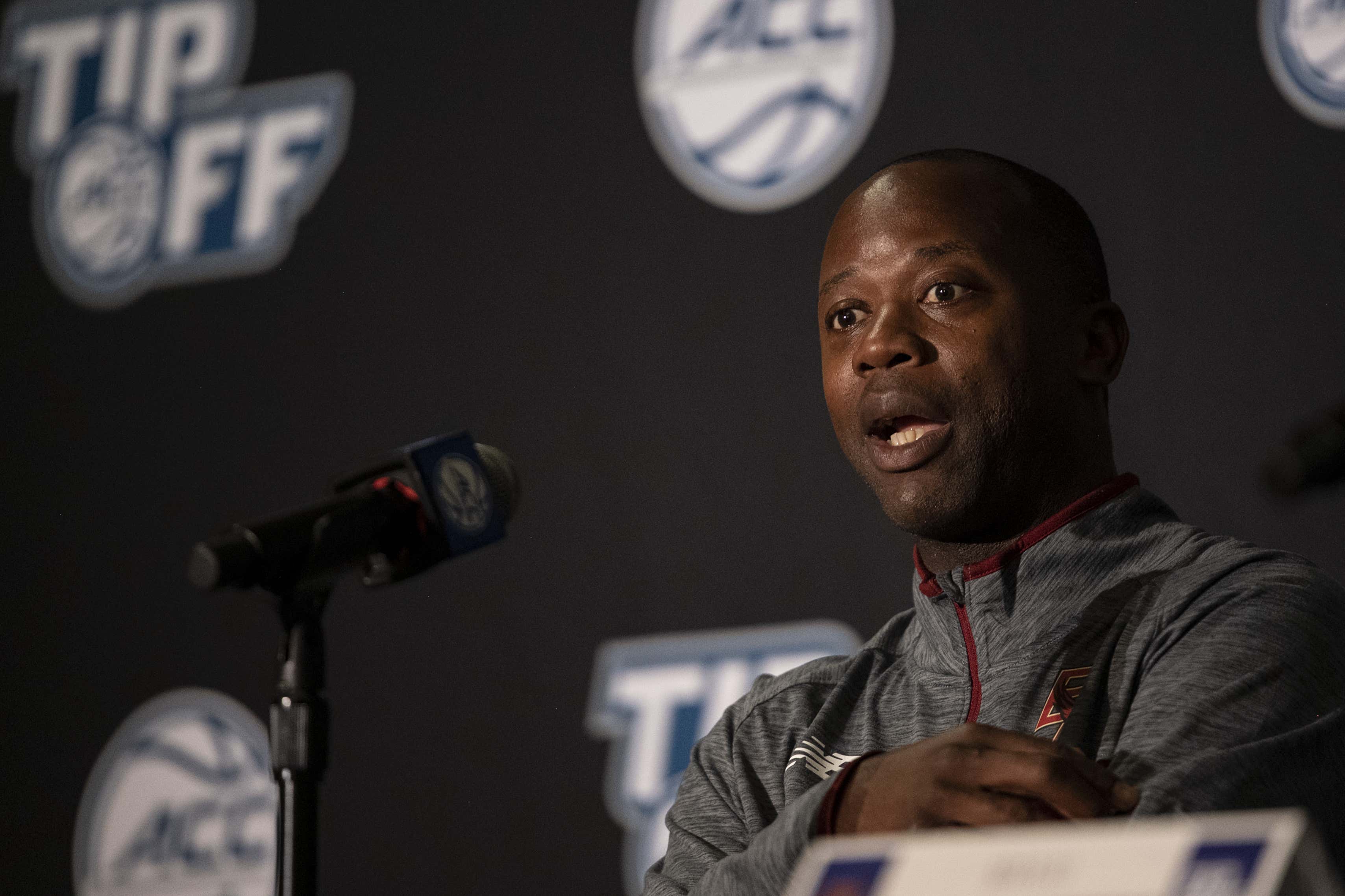 The Tigers have made the NCAA Tournament in two of the last three seasons, which is very impressive for a football school. That includes a Sweet 16 appearance in 2018 and a first round exit last season (shoutout Rutgers). This Clemson team is losing a lot of production and is going to need to lean on new sources of production in order to make the NCAA Tournament once again. Huge numbers by guys like Al-Amir Dawes and Nick Honor will be needed by the Tigers, and if they have big seasons, Clemson can make the dance once again. 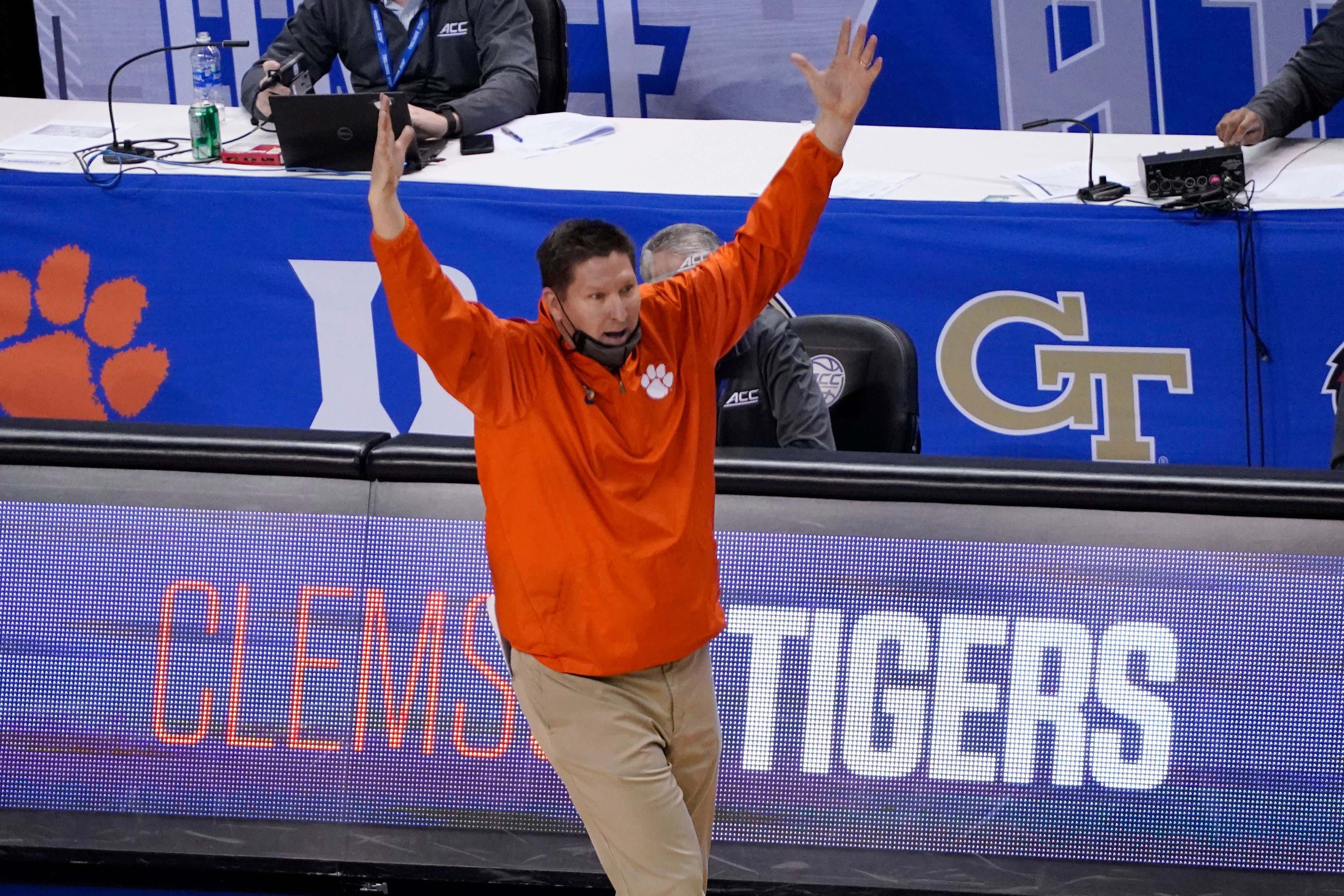 Let's be honest here. All anyone is talking about when it comes to the 2021-22 Duke Blue Devils is the Coach K Farewell Tour. The biggest question for me is… does it become a distraction? Most of Duke's production will probably come from their freshmen, so as they begin their college careers, it might honestly help that the spotlight won't be on these first-year players. Paolo Banchero has a chance to be the best freshman in the country, while AJ Griffin and Trevor Keels will make an immediate impact as well (Griffin may miss a few games to start off due to a recent knee sprain. I think the X-Factor for this team is going to be Mark Williams, who scored at least 18 points in four of the last six games to end last season. If he can take that next step this year, it could be what sends off Coach K in a storybook ending.

After another trip to the second weekend of the NCAA Tournament last year, the Seminoles lose their top four scorers from that team. However, Florida State does add Houston transfer Caleb Mills in addition to a top 10 recruiting class this year, with guys like Matthew Cleveland and Jalen Warley to look out for. Anthony Polite and Malik Osborne are the key returnees, and as usual, expect FSU to be a deep and athletic team. Florida State is one of three teams that has made the Sweet 16 in each of the last three NCAA Tournaments (Gonzaga and Michigan), but can they get over that hump and move on to a Final Four? 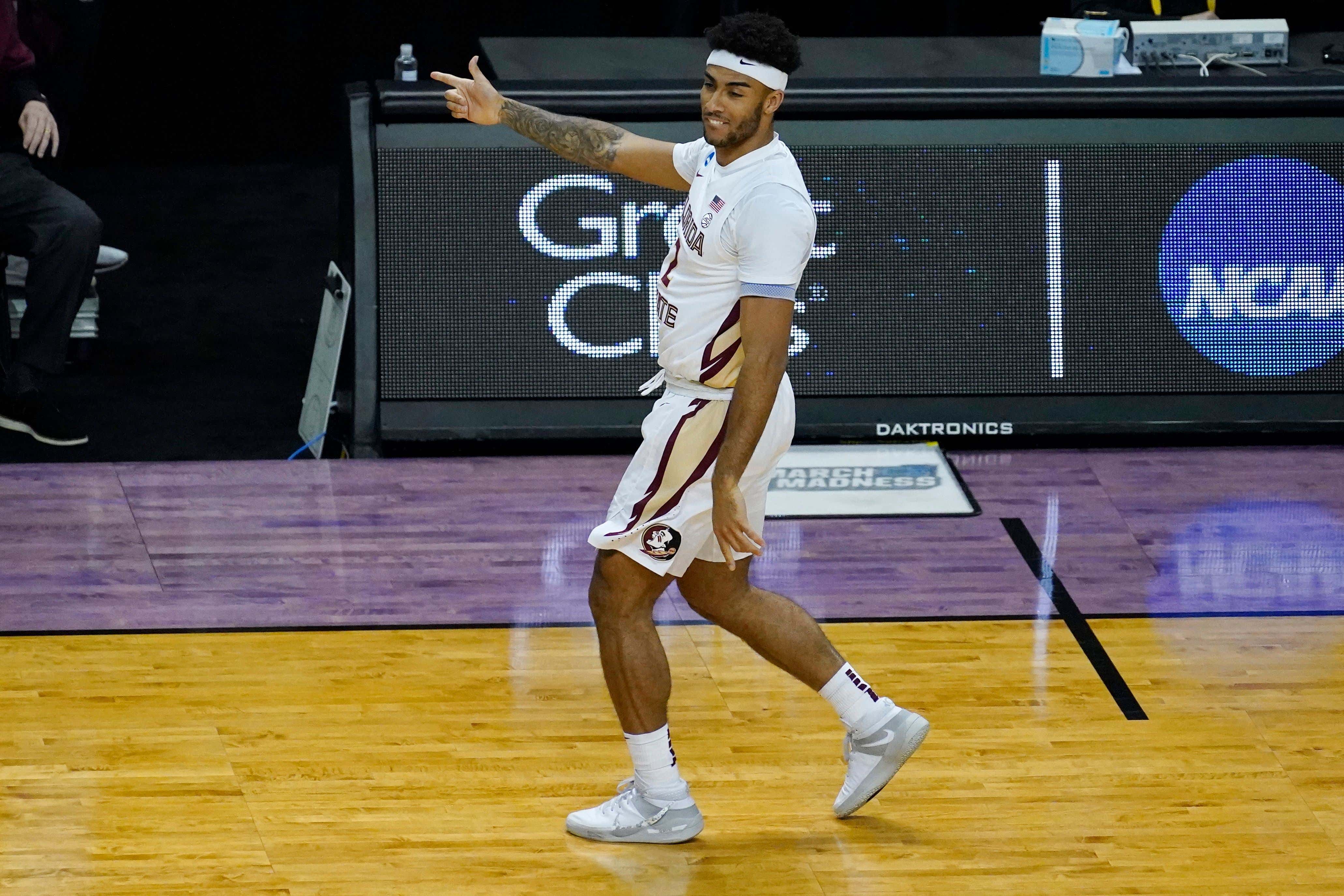 The defending ACC Tournament champions are losing the biggest pieces out of any team in the conference, in my opinion. ACC Player of the Year Moses Wright and veteran leader Jose Alvarado are gone, so it will be up to Michael Devoe and the rest of the team to carry over the momentum the Yellow Jackets had to end last year's conference schedule. There is no word yet on whether or not face coverings will be required on the bench this season, but if that answer is yes, Coach Pastner says he will be bringing back the shield. What an iconic look. 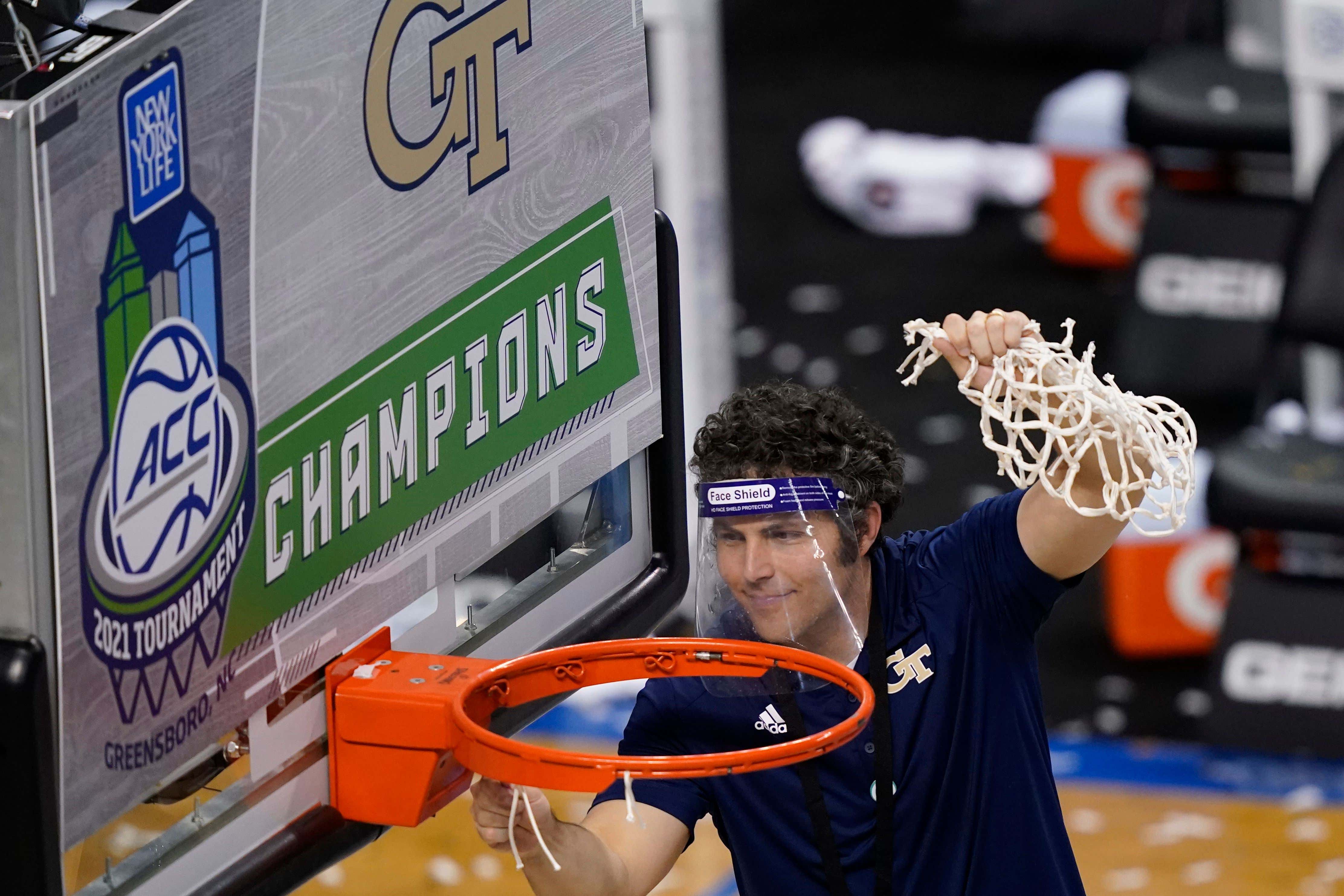 Louisville was one of thee biggest NCAA Tournament snubs from last season. When the Selection Show was going on, I had just assumed their name was called at one point, until it wasn't. Unfortunately for Cardinals fans, it was another offseason full of off the court issues. Former assistant coach Dino Gaudio was involved in extortion charges, which played a role in Coach Mack being suspended six games to start off the season. A trio of transfer guards look to come in and help erase the thoughts of what happened over the summer, and the experience comes in the frontcourt with Jae'lyn Withers, Samuell Williamson, and Malik Williams. 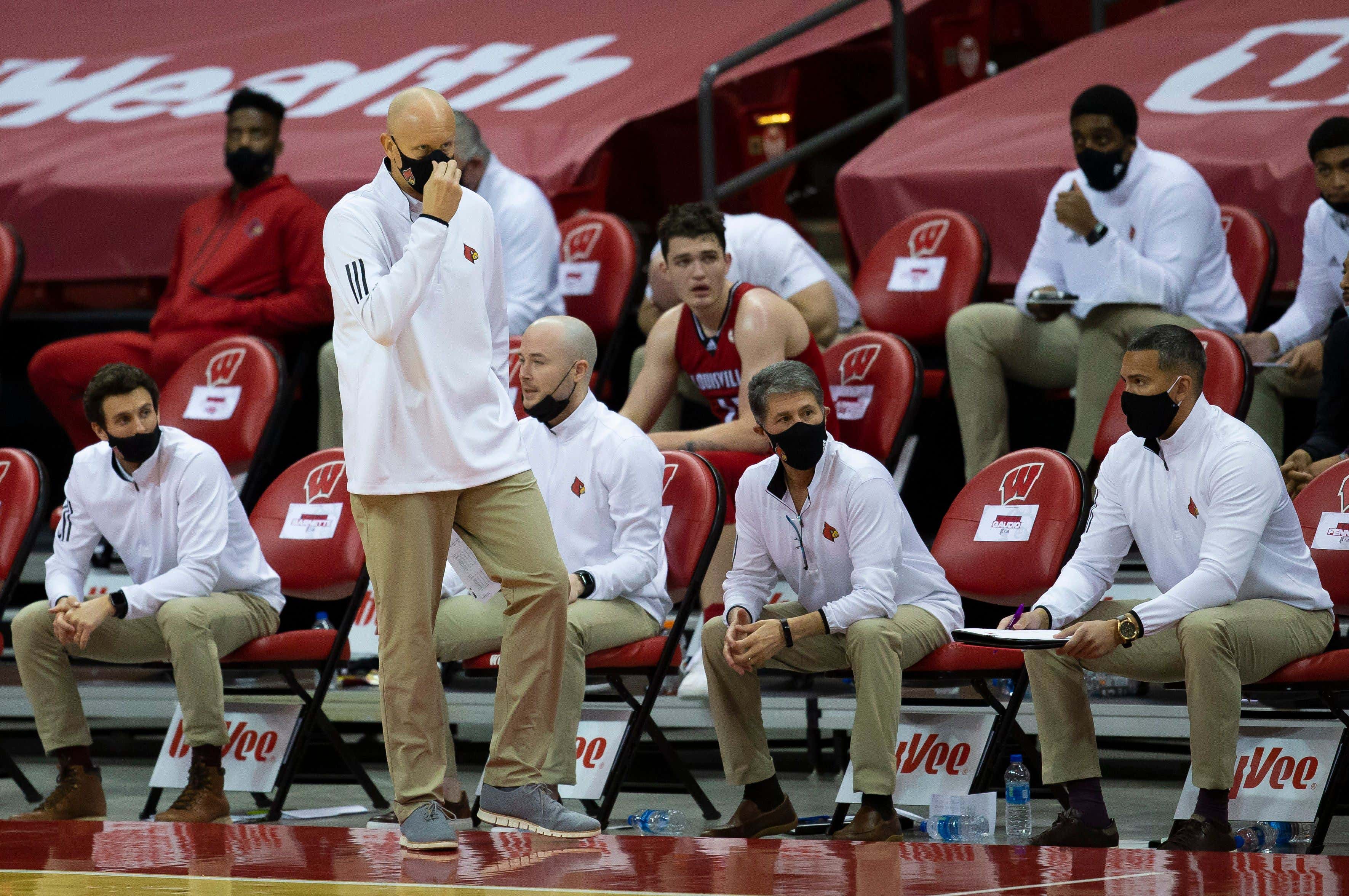 If you were to look up "bad injury luck" in the dictionary, you would find last year's Miami Hurricanes. Stud guard Chris Lykes is off to Arkansas, but The U returns its top three scorers from last season in Isaiah Wont, Kameron McGusty, and Anthony Walker. Miami adds. Charlie Moore, who will be playing for the fourth school in his career (Cal, Kansas, DePaul). With. Coach Larranaga roaming the sidelines, they are always good for a big upset against Duke, North Carolina, or Virginia at some point this season… if they can stay healthy. 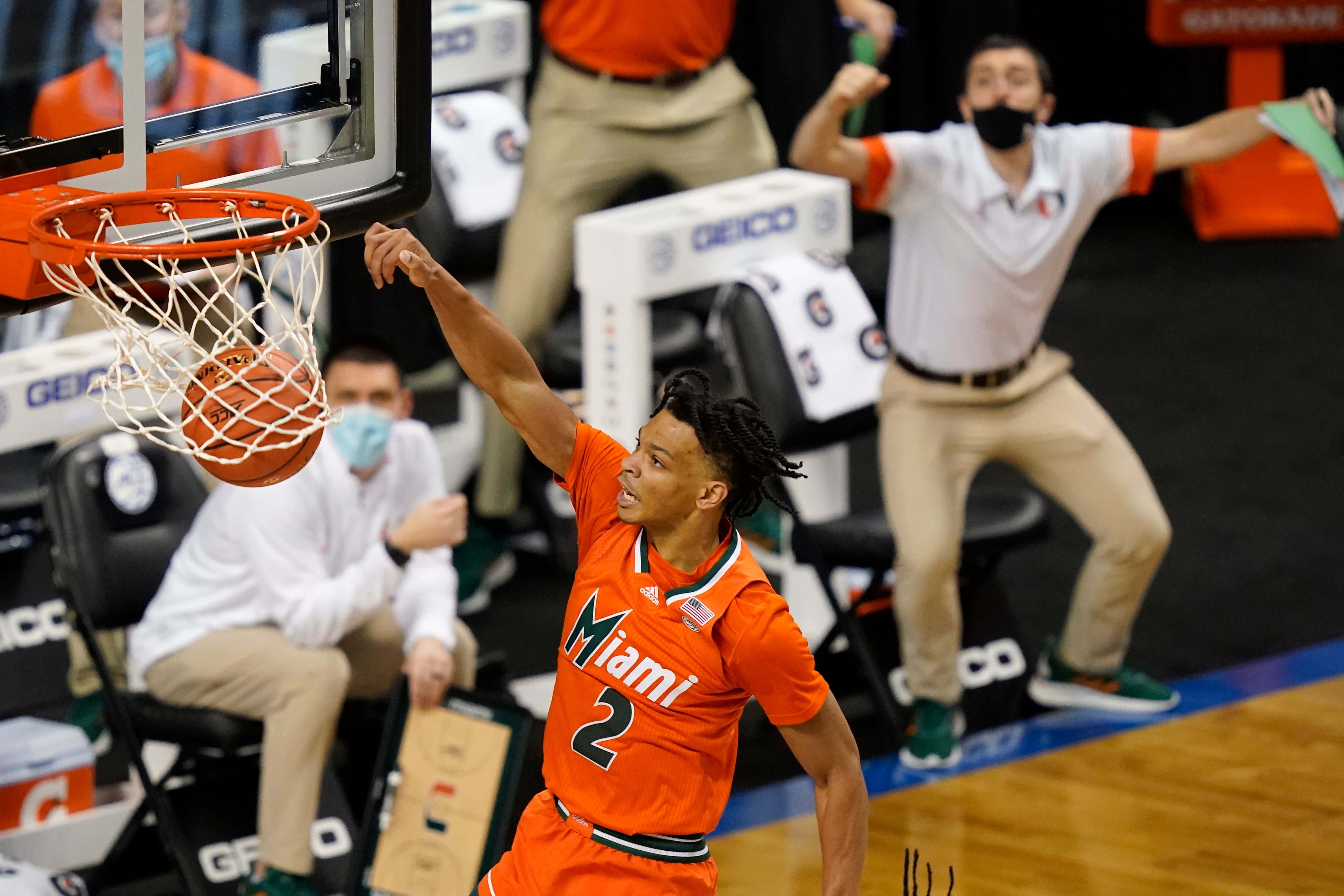 Hello, Hubert Davis! It's a brand new era for Tar Heels basketball. Hall of Fame Coach Roy Williams retired earlier this offseason, and North Carolina decided to stay in-house for its new head coach. The focal point of this team will be big man Armando Bacot, who has the chance to win ACC Player of the Year. PG Caleb Love needs to stay consistent in order for UNC to stay in the top tier of the conference, and I love the addition of Oklahoma transfer Brady Manek (plus Marquette's Dawson Garcia). They also add Virginia's Justin McKoy in a rare intra-conference move, while the freshmen to know are D'Marco Dunn and Dontrez Styles. Oddly enough, it seems like nobody is really talking about this new chapter in Tar Heel hoops, because all of the spotlight seems to be on that other team on Tobacco Road. 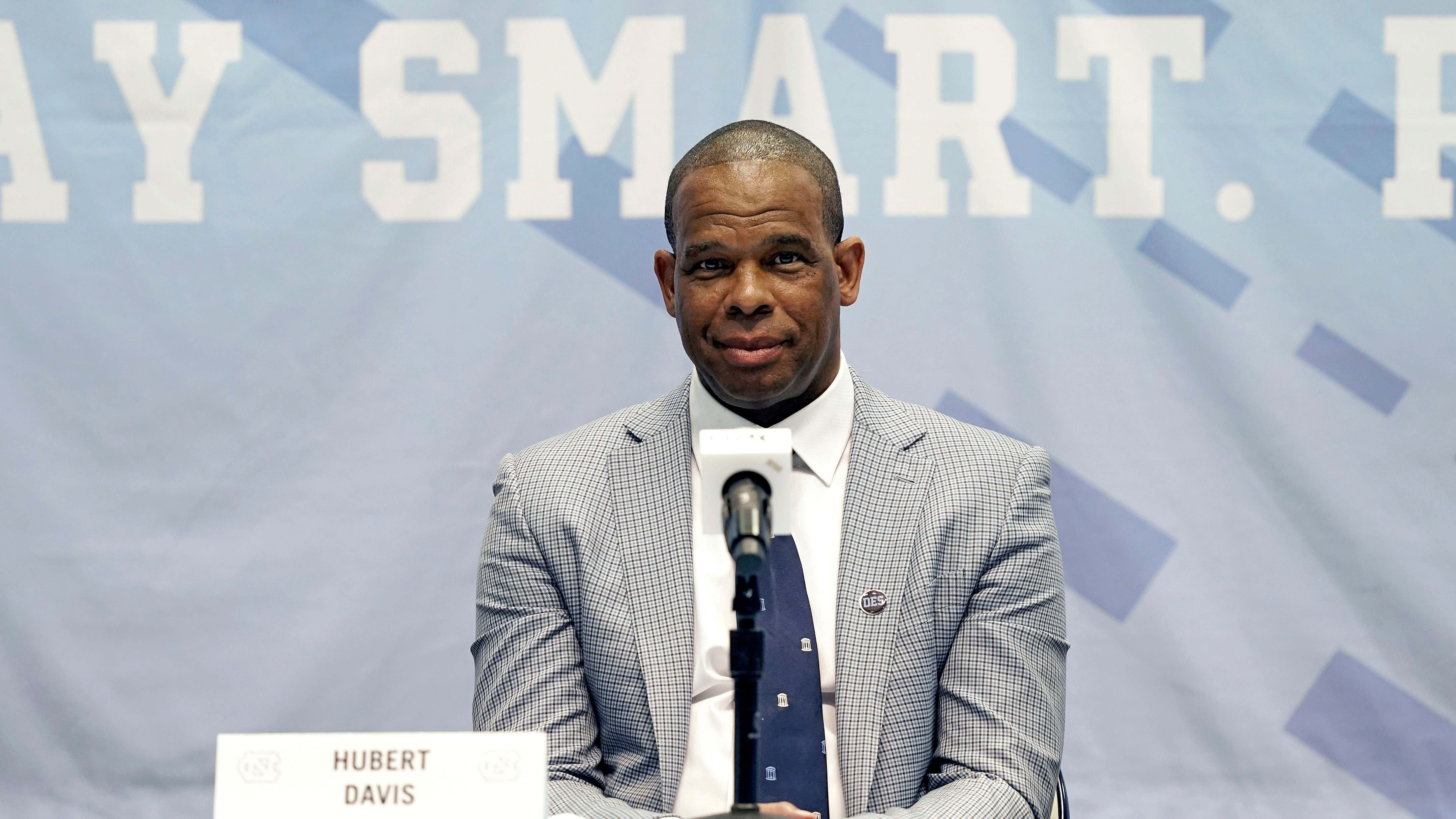 The No. 1 thing you need to know about NC State HC Kevin Keatts is that he takes he team out for ice cream after a road win. After missing out on The Big Dance last season, it'll most likely be the guard depth that will have to carry the Wolfpack back to the field of 68. Look out for Cam Hayes, Manny Bates, and Jerricole Hellems. The lack of options in the frontcourt could be an issue, but this is a team always capable of hanging with the big dogs in the ACC. 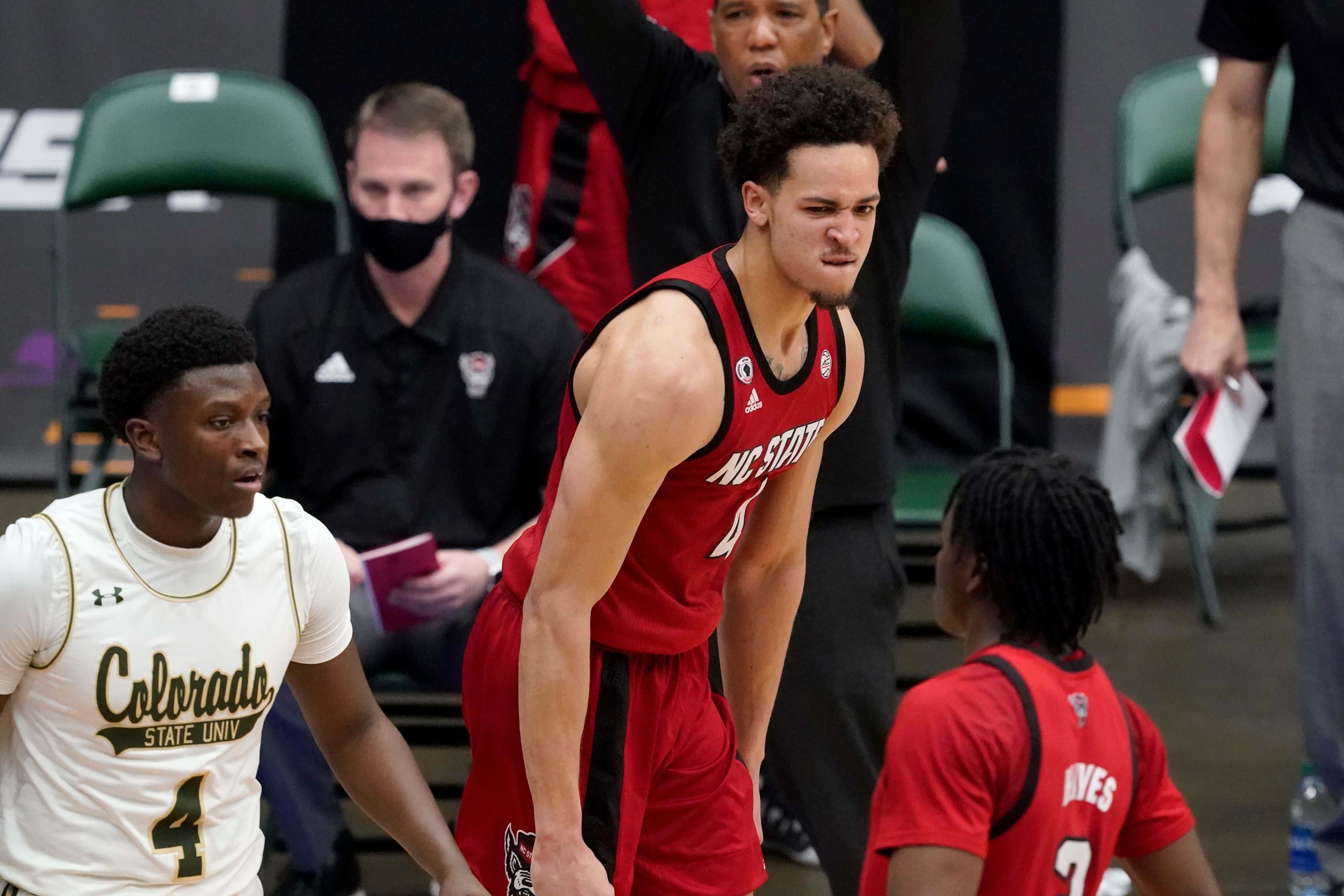 Is this turnaround time for the Fighting Irish? They could certainly use it. Notre Dame missed the NCAA Tournament for the fourth straight season in 2021, which is the longest run in Coach Brey's tenure. At a record of 45-47 over the last three seasons, a ticket to the Big Dance would go a long way in erasing this little funk the team has been in. The good news? Notre Dame returns four out of their five starters and adds Yale grad transfer Paul Atkinson. Coach Brey also picked up a solid recruit for next season earlier this week in four-star prospect J.J. Starling. 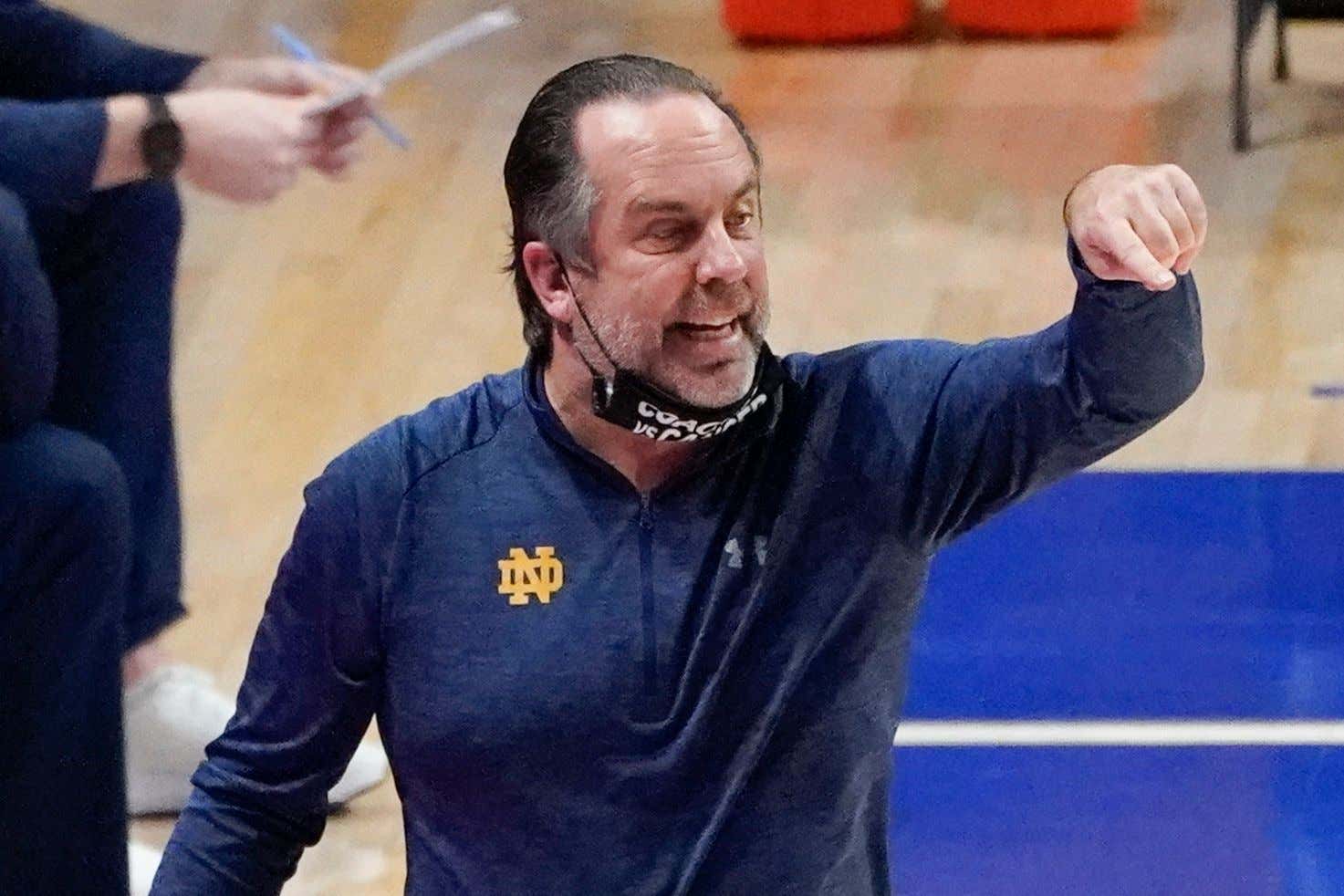 Pittsburgh's season last year can be divided into two halves. The Panthers started 8-2 and secured wins over both Duke and Syracuse. And then things changed quickly, finishing the year 2-10. That second segment also included guys leaving the team mid-season, and this season, Justin Champagnie moved on to the pros. Luckily, Jeff Capel is a great coach who is committed to a successful rebuild at Pittsburgh. The addition of grad transfer Mo Gueye will help down low, who was the America East Defensive Player of the Year at Stony Brook. This year's Panthers will be experienced, and according to Coach Capel, it's a locker room full of guys who are ready to put aside their individual concerns and buy into the team. 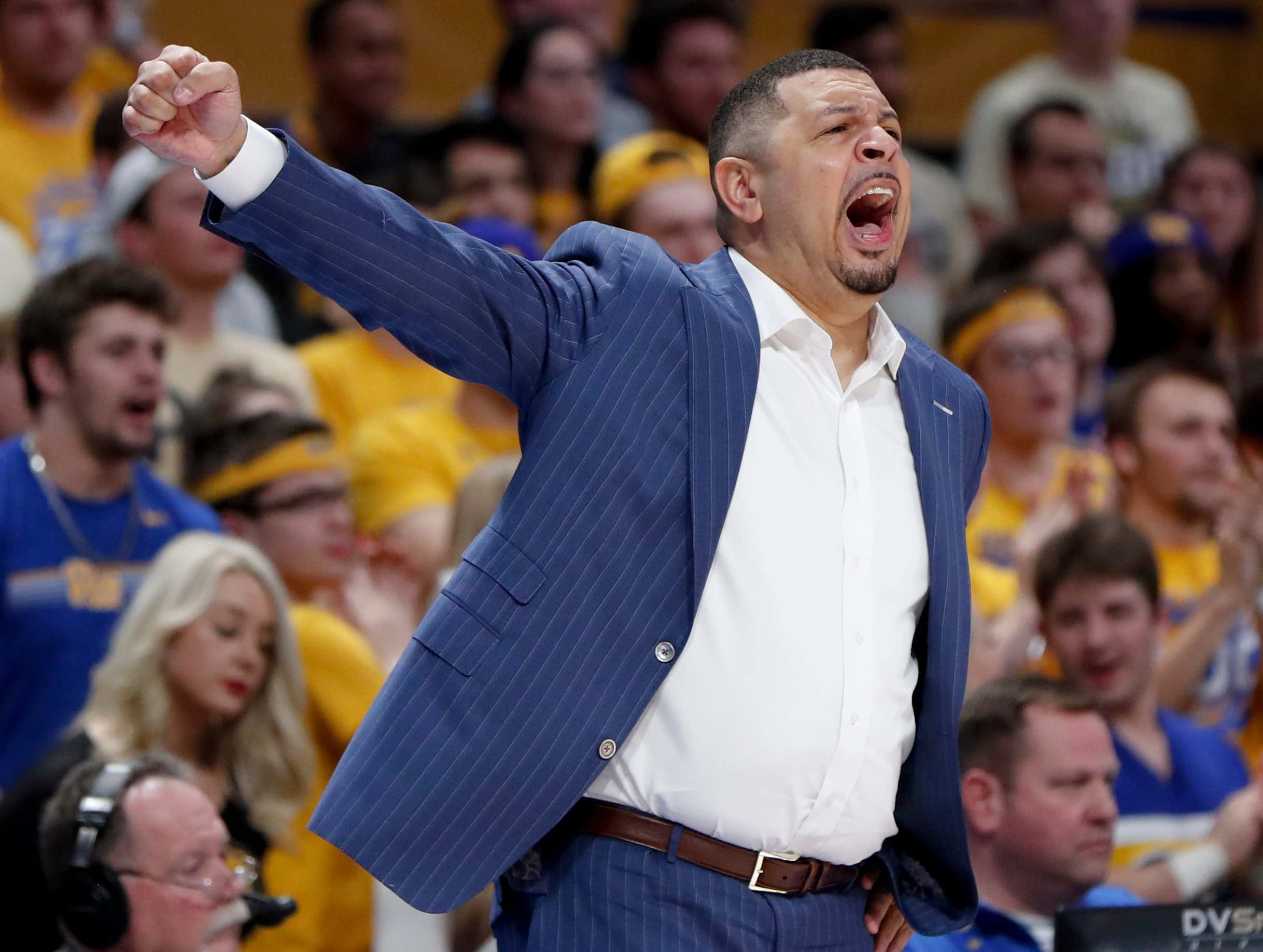 Two words: veteran guards. That's what the Orange bring back with Buddy Boeheim and Joe Girard III. But aside from the two sharpshooters and Jesse Edwards, that's pretty much all Syracuse returns, with a lot of exits via the transfer portal. Coach Boeheim did plenty of work on the receiving end of thee portal as well, though. Jimmy Boeheim (wild), Cole Swider, and Symir Torrence join the team, in addition to freshman Benny Williams. We know how dangerous SU can be in March, as only Duke and Kentucky have made more Sweet 16 appearances than SU’s seven trips in the last 12 years. 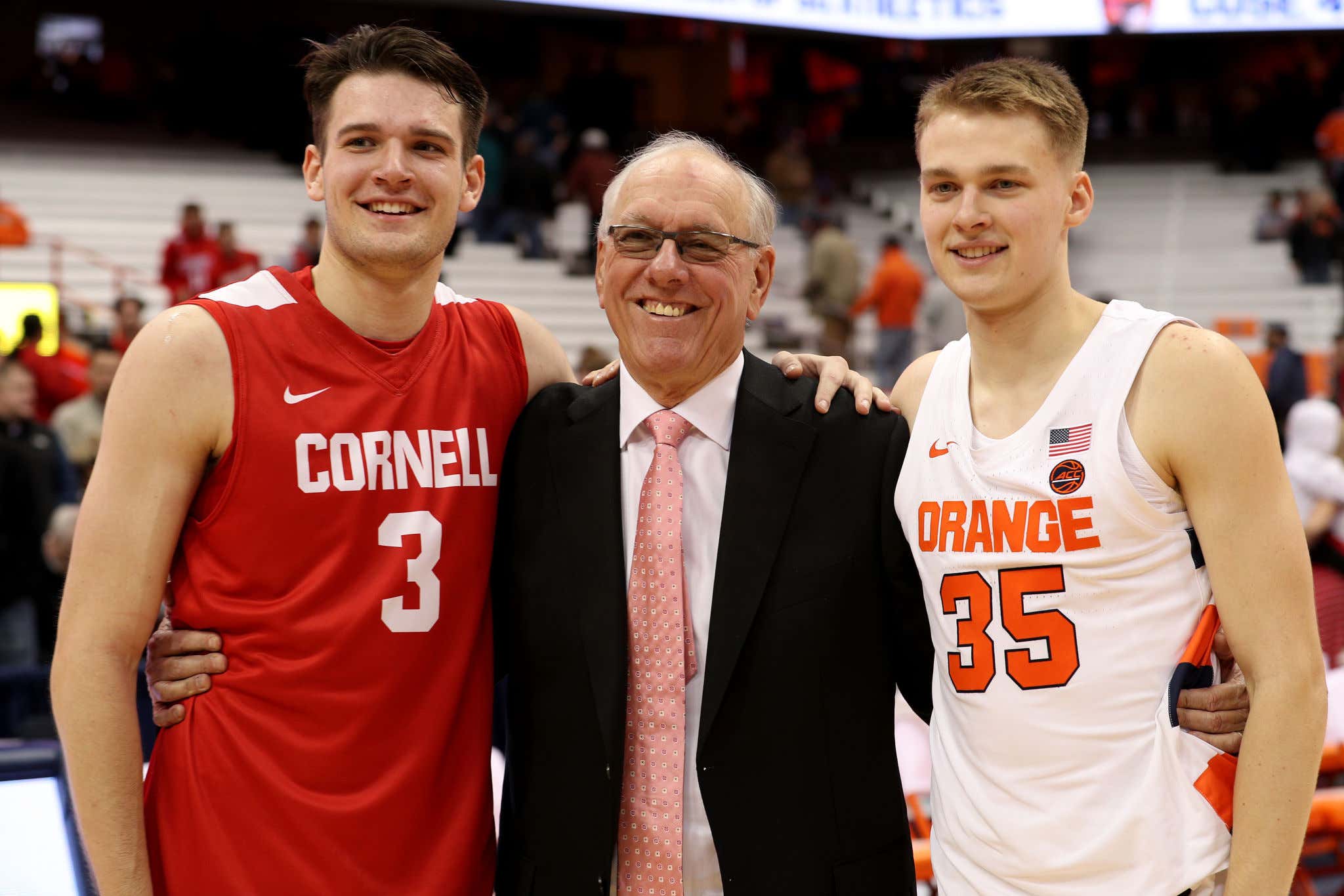 What a wacky stretch of three tournament runs it has been for UVA. In 2018, you're on the wrong side of March Madness history. 2019 is the ultimate redemption story, and 2021 equals another first round exit. This year's version of the Wahoos loses pretty much everybody and has just 10 scholarship players on the roster. The most notable returnee is Kihei Clark, who is the lone player left from that 2019 Championship Team, while Reece Beekman remains on the squad as well. Solid transfer portal acquisitions includee Armaan Franklin (Indiana) and Jayden Gardner (ECU). Tony Bennett is just the third coach in ACC history to lead a program to 10-straight winning conference seasons (Dean Smith and Coach K). 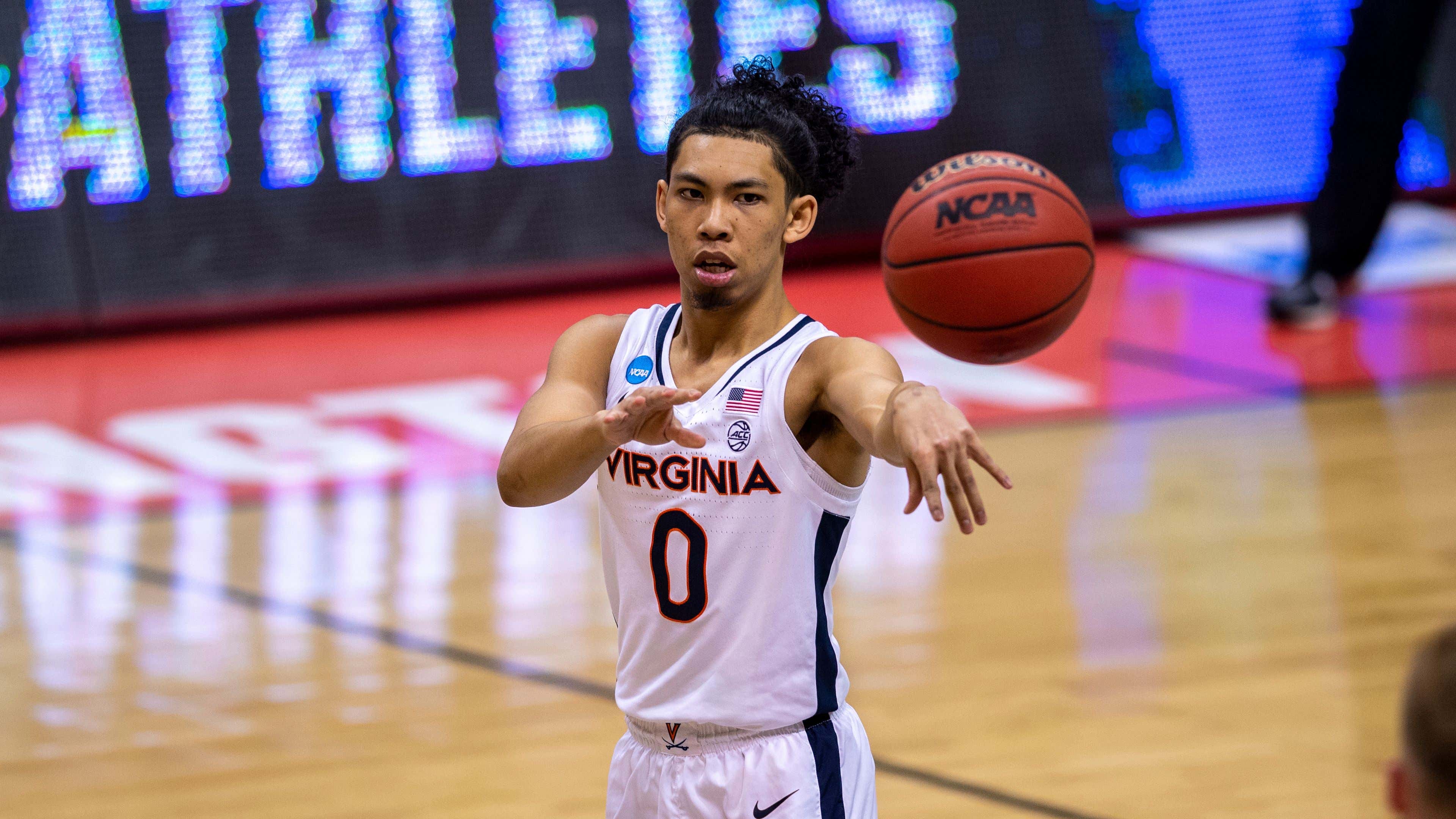 One of the best players in the ACC returns to Blacksburg this season: Keve Aluma. Coach Young, the former man at the helm for Wofford, also brings in veteran Storm Murphy from the Terriers this season. After a promising 2021 campaign, the Hokies certainly have some momentum and are building something. Will their social team continue its war with Rico Bosco this season? That's the No. 1 thing I am looking forward to.

Rebuilding a program is a tough thing to do. Rebuilding a program with a new head coach in the middle of a pandemic is even tougher. That's what Wake Forest and Steve Forbes had to deal with last season, so you can't really blame them for the slow start to this new era. Luckily, the Demon Deeacons return their top two producers in Daivien Williamson and Isaiah Mucius. It will still probably be a tough road ahead for Wake Forest, but a notable improvement is very much on the table. 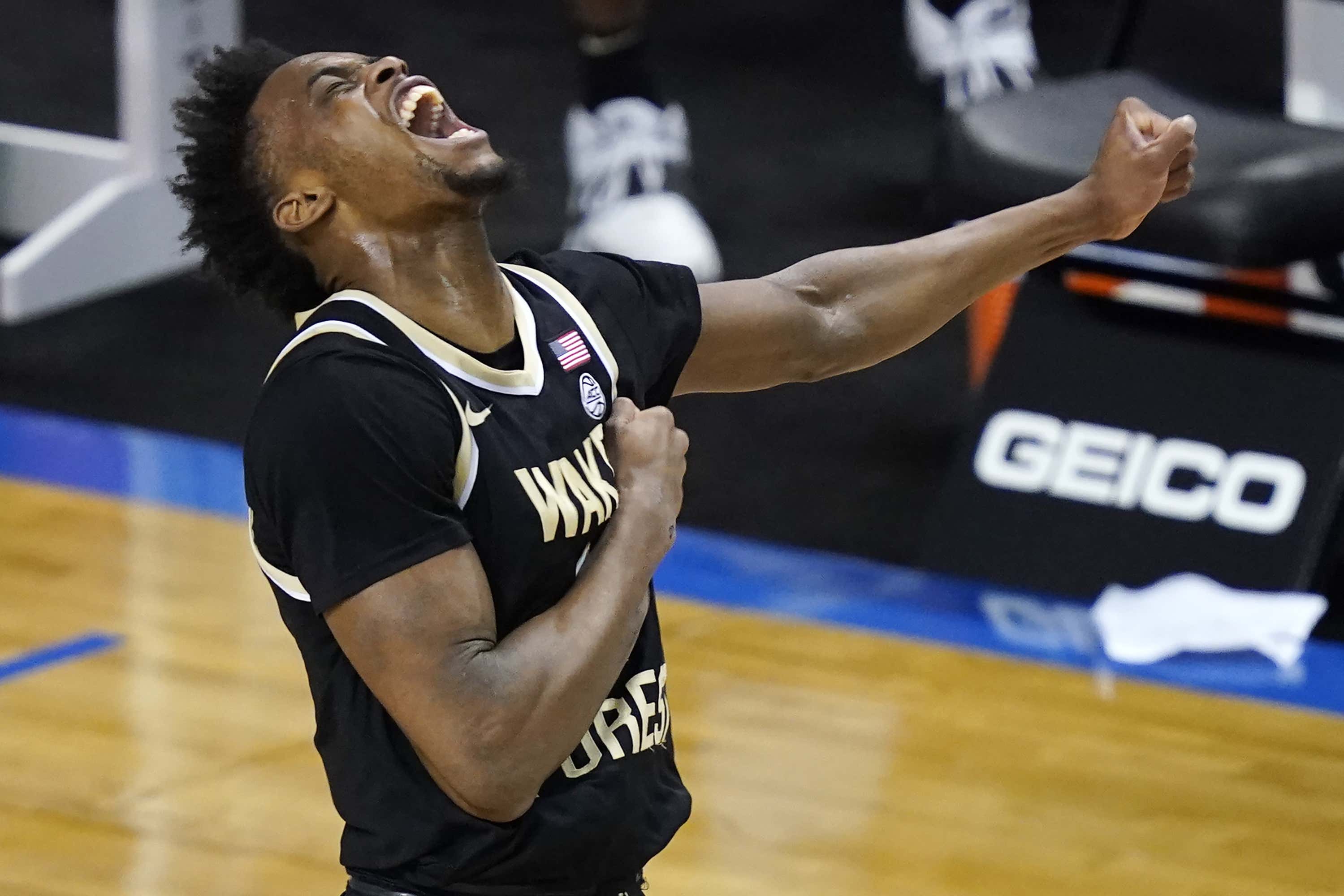 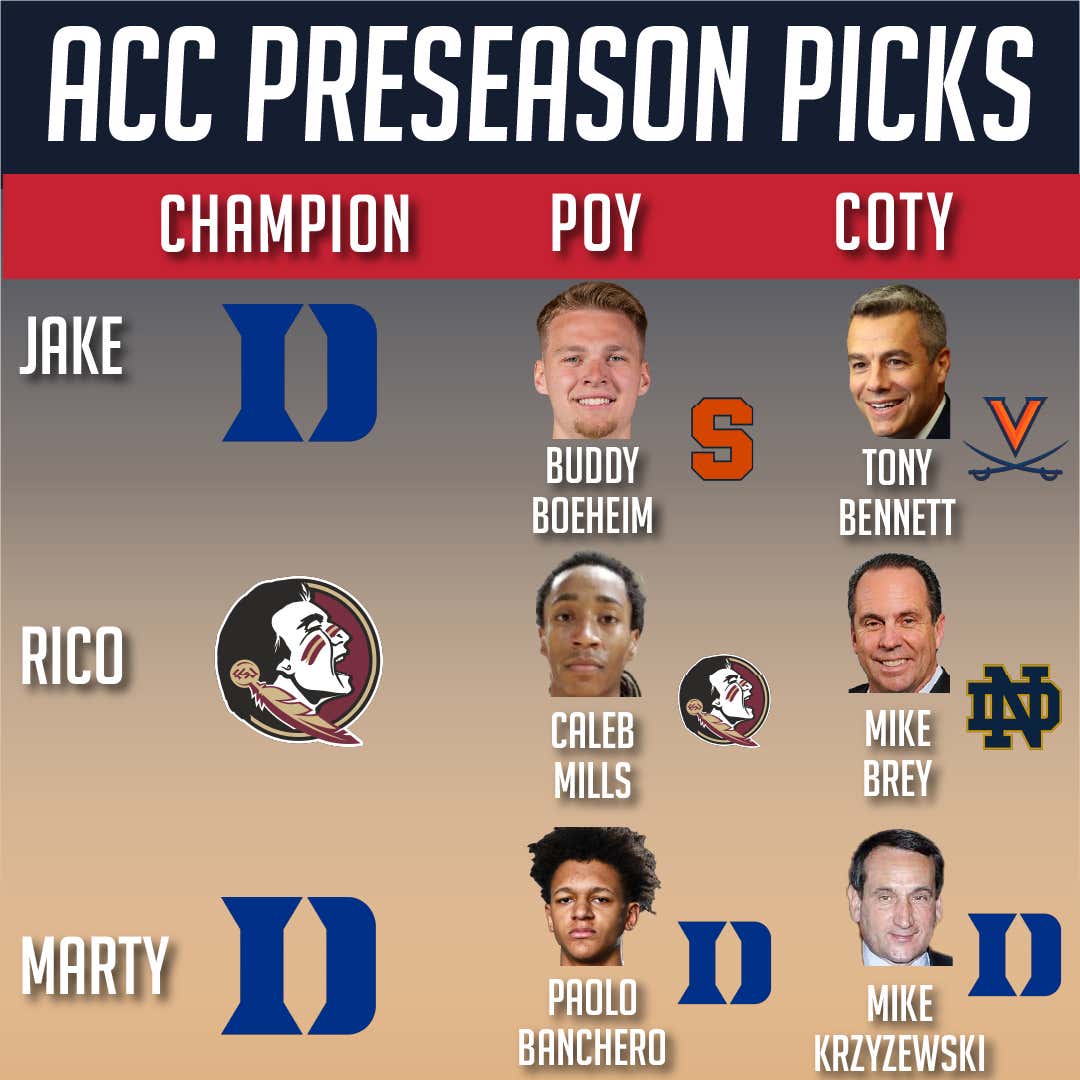 Do you agree with any of our picks? Who got left off the list? On next week's episode, we will preview both the Big East and the Big 12. Looking forward to it. Just 26 days until tip-off!