The final eleven players have agreed to a deal that pays each player $26,058. The final eleven will play for the All Star Ring and the Pro-Am seat into the All-Stars Event presented by PokerGO in Las Vegas! 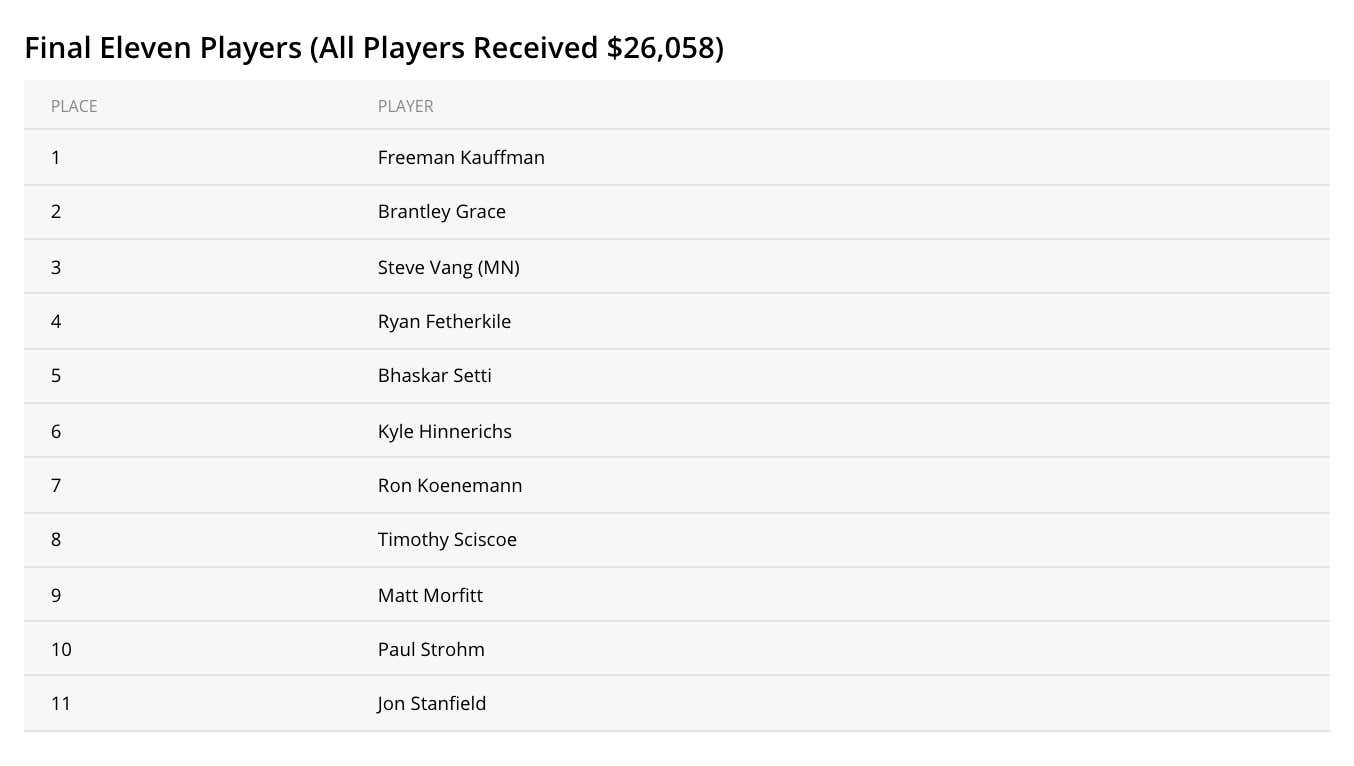 I wouldn't be able to do this. Just would not be able to do this. Unless I was in 9th, 10th, or 11th and had very, veryyyyy few chips, I don't think I could agree to an 11 way chop. Not even the final table!!!! And not only did they agree to an 11 way chop, it was an EVEN chop, meaning the chip leader took home the same amount as the guy in 11th/11. Insanely AWESOME deal for the guys with barely any chips, and an insanely TERRIBLE deal for the chip leaders.

On the podcast me, Jake, and Smitty talked about if we would ever do a deal like this, which led to a conversation about live poker (we miss it!) which led to us discussing how much the game has changed since the old days. Personally, I think if we went back to the 70's and 80's with the knowledge we know now, it'd be an absolute bloodbath. Those old heads would stand zero chance.

50 bracelets in 30 years. I mean…the fields were tiny, the players were awful, and I have SOOOOO much more knowledge than they had. They would fold literally queens face up to a 3bet. They were limping left and right. Check raising was virtually non-existent. Poker has advanced so much since the 70's and 80's, with the online game, training videos, and studying, I would be the greatest no limit tournament  player in the world until the late 90's.

Check out the rest of the podcast on itunes

And don't forget to pick up your merch