Just when we thought Chief couldn't be any worse at drafting things, he goes out and does this... and TOTALLY digs himself into a deeper hole.

"But WSD what are you talking about? Chief's hole is already as deep as it can possibly get after drafting burrata salad and exchange rates in the first round of separate drafts. He's a BUM!!!"

To that, I'd say you have a point. Chief's drafting ability makes Matt Millen raise an eyebrow and say "wtf?"  But what he pulled on this week's episode was far more egregious than just being really, really shitty at drafting things. He tried to tell us that Ranch is NOT a sauce.

Is ranch dressing a dressing as well? You bet. But that doesn't mean it's not also a sauce. When you're ordering wings, the waitress asks you, "what kinda sauce would you like with that, ranch or blue cheese?" and without fail, you'll opt for ranch as your dipping sauce of choice because it's 1000x better than blue cheese, especially when paired with buffalo sauce.

And because Chief's a stubborn fuckwad, he is trying to get all scientific on us by googling "what's a sauce?" and shit like that. No no no Chief. I don't need Google telling me what is and what isn't a sauce, and even then when you google "definition of a sauce" this is what you're met with: 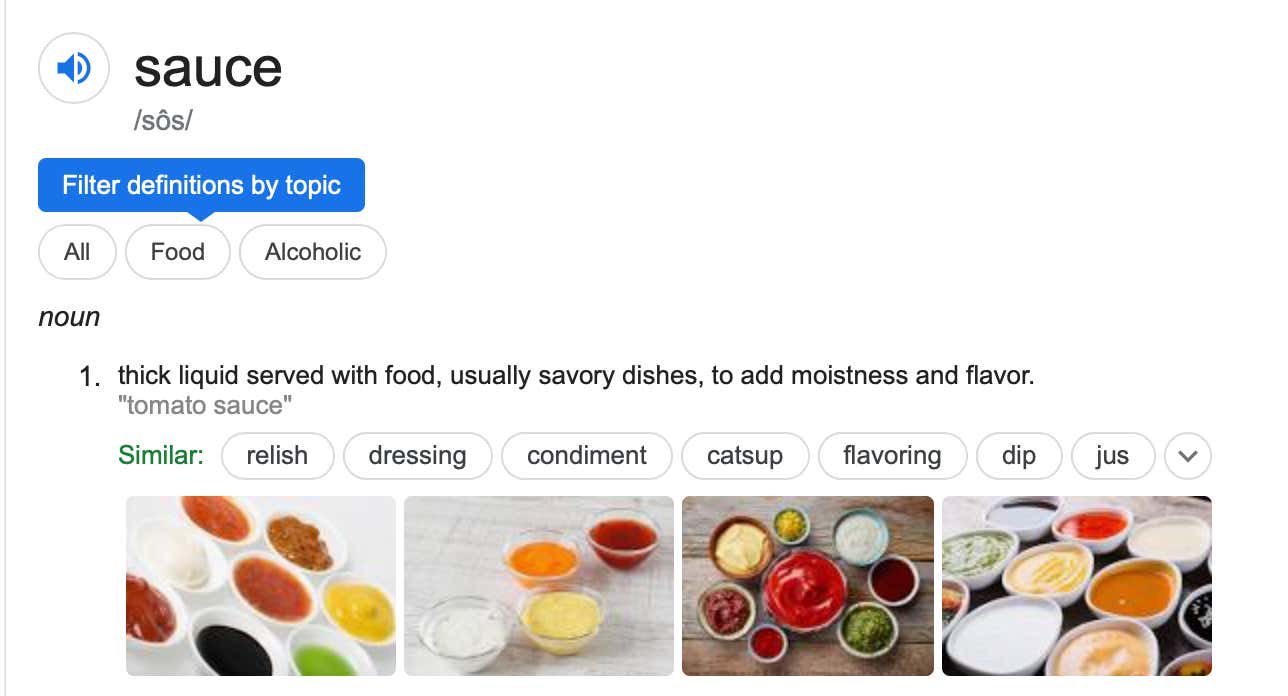 There's a few different pictures of ranch to complement the definition of sauce in there, bub.

And my rationale is even simpler: If the waitress asks what kind of sauce you want to dip your wings into, ranch or blue cheese, that's all I need to know that ranch can be used as a sauce and that it's 100% sauce draft eligible. Do yourself a favor and just let it be, kiddo. If you don't, you'll just keep on humiliating yourself on the internet. This is me looking out for you as a friend.

Links to the full episode: