LOADED show this week.  Let’s hash it out to put everything we got on the table:

We’ve got an enthusiastic show this week starting with Chicago summer recaps from the weekend including some light UFC analysis from Ed.  Randomly enough, myself and Ed found ourselves playing Super Smash Bros with Aljamaine Sterling and Curtis Blaydes last week while they were in Chicago training for Saturday’s Fight: 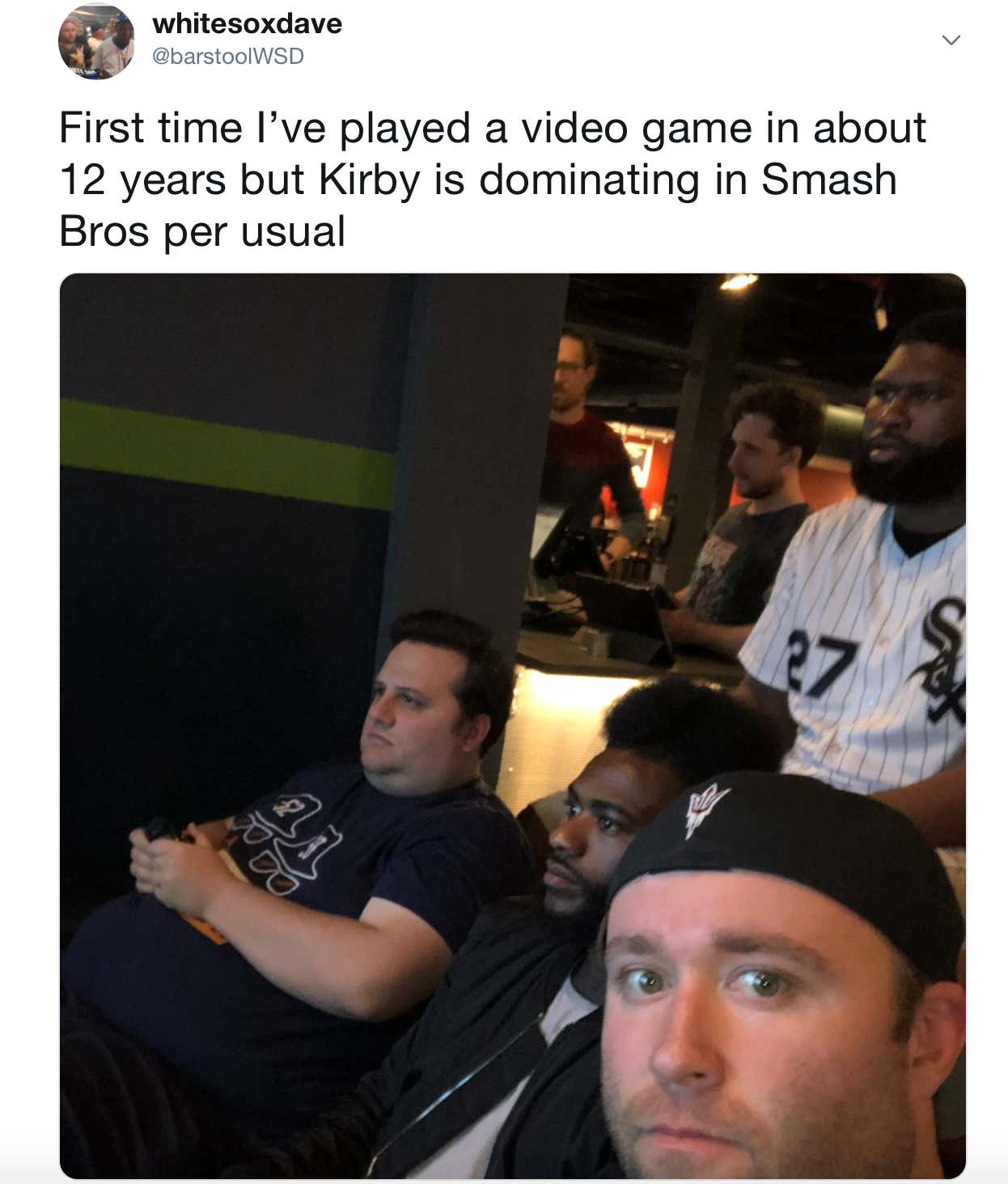 Then we get to Bears 100 (7:03) with a good checkpoint on all things Chicago Bears including a slightly hot discussion bout the 1985 Bears legacy. After that, I (17:02) give us the best White Sox talk you’ll ever hear and we introduce the White Sox Dave playoff meter.

Seriously, I need someone to slide in my DMs with a playoff meter for a week or two down the road when they’re still dangling close to .5oo

Opposite that, Carl (33:10) talks Cubs/Cardinals sweep, Kimebrel and the Cubs bullpen, and why this team is a lot better than anyone else gives credit. Chief (48:50) gives his game 7 Stanley Cup preview and what’s made the series so good and so bad at the same time. Why have the Bruins sustained a dynasty and the Hawks haven’t? Here’s a hint: Stan Bowman sucks. Then we get into possibly our best VM ever and an A+ round of beefs.