This week on Redline Radio I asked Eddie if there was a small part of him that would be bitter towards GarPax if the Bulls won the lottery. Obviously we’d all be over the moon thrilled to have gotten Zion or even Ja Morant. Those are guys who would change the course of the franchise and maybe put the Bulls on a path to contending, but…that would mean GarPax would be here forever and they have certainly proven that they don’t deserve to be. The lottery gods already smiled on the them once with Derrick Rose. They certainly don’t deserve the good karma. Ed said he would be slightly annoyed with the fact that GarPax would benefit from their own imcompotence. I know that feeling because I was thrilled with the Blackhawks getting the 3rd pick, but Stan’s little impish grin when they moved up annoyed the shit out of me. Carl jumped right in and said “if my team wins a championship I don’t care who is holding the trophy” which is of course the logical response. Sports are not logical though. Everyone in this town hates GarPax and for good reason. Instead of coming up with the good fortune of Zion, the Bulls ended up with

For the third straight year the Bulls will be picking 7th. You know what you can get when you’re picking 7th? A very good player. Maybe an all-star. Maybe a starter. At least should be able to get a very solid rotation player. Get enough of those guys and what do you get? 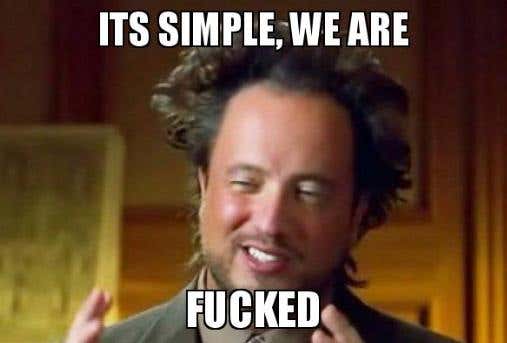 You don’t win titles with just a collection of very good players. The only team in recent history to do that was the 2004 Pistons. So what has the losing 63% of their games for the past three years gotten the Bulls? Stuck in the fucking mud forever with GarPax and…that’s where they deserve to be. Even if Lauri, Wendell Carter, and whoever they get at 7 in 2019 all turn into really good players, I think it’s safe to say that none of those guys are good enough to be MVP type players. It’s very hard to find those guys. And it’s also hard to trade for them unless you’re a destination type city/franchise. Chicago is one of those types of cities, but because of GarPax they aren’t one of those franchises. They are NEVER mentioned for big names like Anthony Davis or Durant. Lottery balls are the purest form of luck, but you also make your own luck. You’re usually rewarded for good habits in the world. The Bulls haven’t built up one single ounce of good karma. No idea why any of us were hopeful that the balls would bounce in our favor last night. The only way to reverse this type of bad juju is for Jerry Reinsdorf to actually do the right thing and can those guys. The organization needs a karma and a culture change.

And if the GarPax are actually just in the game for job security, well then they certainly have it. Building a team that might be able to lose in the 1st round for years to come!