For proper effect, I need you to click “play” on this video.  Runaround Sue is a TIMELESS classic that will perfectly set your day.  Your all gas, no motherfucking brakes day.  Don’t bother with coffee, with preworkout, with any sort of amphetamine that you may so choose… just play a little Runaround Sue

Loaded show this week.  The Blackhawks have their most important week of the season that will ultimately dictate if they’re buyers or sellers by Monday’s deadline.  Their week looks like this:

If they Hawks come out of this week with 7 points in 4 games… Hello playoffs.  And maybe even hello Panarin?

Chief broke down a potential Panarin trade perfectly.  Look, we all want him back.  But is the juice worth the squeeze if he’s not locked up long term?  Not sure.  Regardless there isn’t a person in Chicago who doesn’t want to see him reunited with Breadman.

And speaking of reunions.  IS ROBBIE GOULD GOING TO BE A BEAR AGAIN?!?!

Ummm…. hopefully.  Because he laid out everything he wants in an organization to wrap up his career:

Wants to go to a team that is going to win?  The Bears are on pace to be a dynasty, so check
Wants to go somewhere his family is comfortable?  He lives in Chicago in the offseason, so check
Not worried about money?  The Bears would have to pay him less than he’s “worth” because of guaranteed money to fucking Cody Parkey, so check and mate

Perfect.  NOW DON’T YOU EVEN THINK ABOUT PUTTING A FRANCHISE TAG ON HIM SAN FRANCISCO!!!

We’re in the dog days of Winter.  GIVE ME FUCKING BASEBALL!!!  Cannot wait until these final moves are made and we start inching closer to the regular season.

PS – another stoolie needs our help.   Stoolies always come through in the clutch when other Stoolies are in need so I wanted to help promote this fundraiser for one of our own battling cancer.

Every last one of you has a few extra bucks laying around, so toss it to the McGary family’s fundraiser in the link below: 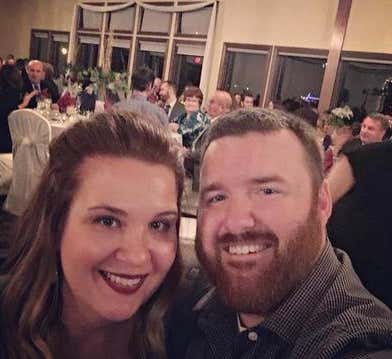 A little about Scott’s journey thus far…Scott’s symptoms started in the beginning of December when he began having headaches. He saw an internal medicine doctor who prescribed 2 rounds of steroids which improved his headaches until he was done with his prescription and the headaches came back. On Wednesday January 16th Scott was taken to immediate care because of the severity of his headache. They performed a CT scan and discovered a large mass. Surgery was performed to remove the mass on January 21st and it was sent to pathology…Scott has been diagnosed with Glioblastoma Multiforme (GBM) it’s an aggressive cancer which is resistant to chemo and radiation. Despite the resistance, he is going ahead with chemo and radiation and will be seeking out any additional treatments to help fight the cancer and extend Scott’s life expectancy. He’s seeking out a second opinion on treatments to obtain the best results. Additionally, Scott is going to be eating a special diet to help with his treatments and is going to do whatever it takes to fight this fight. Any and all support is greatly appreciated as there will be a lot of missed work with the Journey ahead. Ashley has been by his side since this all began and I want to help this continue to happen without the financial stress that naturally comes with that. Let help keep their little family together and enjoying life! They also have a 5 month old baby boy, Cameron, that needs his daddy