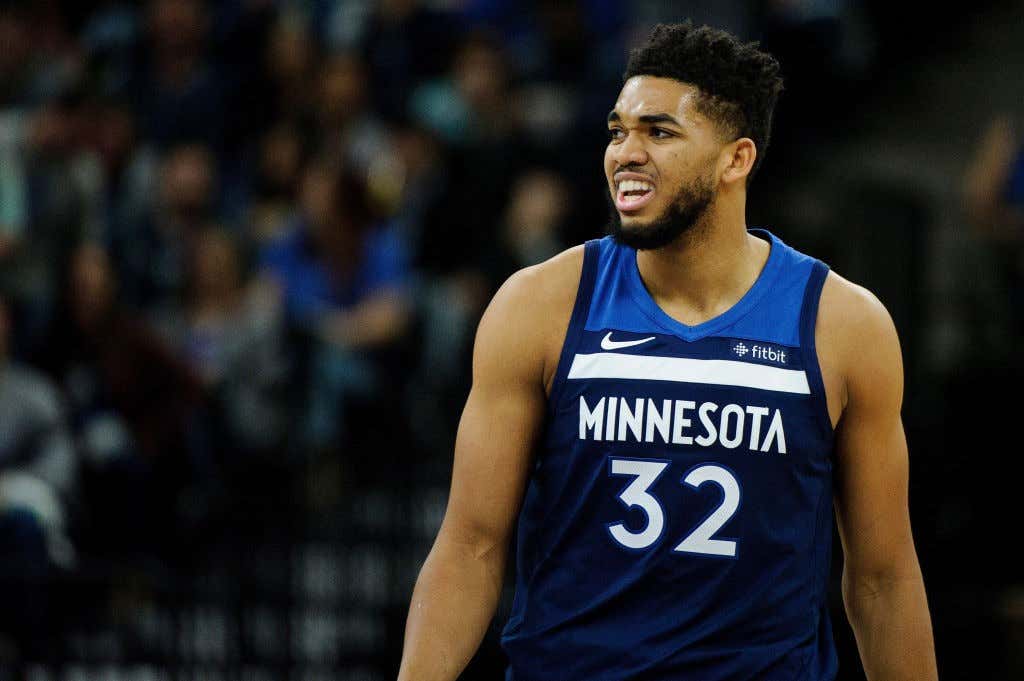 I know it’s late on a Friday but I just got my head above water from a crazy day at work and wanted to chime in on this latest spicy offseason rumor. No idea what I’m talking about? Well apparently on today’s episode of The Lowe Post, there was this little nugget

Appearing on Friday’s episode of The Lowe Post, ESPN.com’s Zach Lowe said Towns and the Timberwolves are “not in a good place internally.”

ESPN.com’s Brian Windhorst, who joined Lowe for a lengthy conversation, later posited it would not be unheard of if Towns’ name eventually surfaced in trade discussions.

“I don’t think Anthony Davis is going anywhere any time soon,” Windhorst said. “But Karl Towns…now that might be a different story.”

Now obviously it’s extremely important to say that at this point, this is nothing but a “rumor” said on a podcast. We have no concrete evidence that MIN is looking to move Towns or anything like that, but at the same time Lowe and Windy are extremely connected. It seems weird that they would both just say this stuff out of the blue. Just because you or I hadn’t heard anything doesn’t mean there can’t be some truth to it. This isn’t the first time we’re hearing about this sort of thing from MIN players, remember back in March there was this report about Andrew Wiggins

So I’m going to go ahead and let my big stupid brain assume that there is smoke here, and where there’s smoke there is usually fire. From KAT’s perspective, I can certainly understand why he may feel this way. I mean Thibs has absolutely no idea how to use him and he was 3rd in FGA behind Butler and Wiggins, which is odd because he’s probably their best player. He also had the third lowest usage rate between those guys, and a quick look at their series against HOU really tells you what a problem this is. In the first two games of that series, KAT never took more than 9 shots, and it wasn’t until later in the series that he finally got more than 13, and he responded with great offensive performances.

It’s also not crazy to think that the players are not thrilled with Thibs’ rotations, and the fact that it clearly wore them down as the season went along. Even with all this knowledge, I can’t imagine KAT is made available to the rest of the league. Not only is he under contract for another year at just $7M, but he’s about to enter restricted FA next summer and is only 22 years old. So any hopes of this happening any time soon are a long shot, but once he signs his extension? That’s a different ballgame. You never know though, it’s sort of a similar situation as Rozier (while obviously being 10x the player) in that perhaps your haul could be greater because he has a year left on his deal, and the new team would have the ability to match any offer.

It took MIN a long time to finally recover from trading KG, and KAT was that savior that they needed. As someone who has a bunch of buddies from MIN, I can tell you it would devastate them to finally have some Timberwolves success, only to see them blow it all up and trade their franchise player one or two seasons down the line. Either way, I look forward to all the time I will not spend refreshing Twitter and looking on the internet for any more rumors.