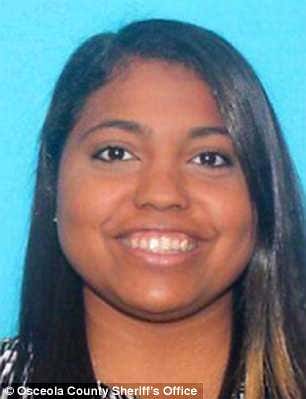 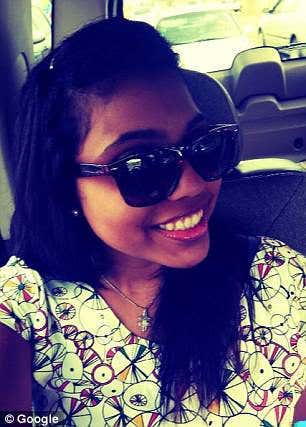 Florida - A 23-year-old female teaching assistant in Florida has admitted having sex twice with a 16-year-old student in her car.

Miralys Agosto-England was arrested in Kissimmee, Florida, on Friday over the encounters which took place in April.

The boy was part of the Exceptional Education and Student Services program at Westside K-8 middle school.

The program is designed for both students with special needs and those who are considered ‘gifted’.

It is not clear what category he falls into.

England had worked at the school since December

Police found out when the boy told them about it on May 7. It is not clear what prompted him to speak out.

I know we all say this a lot about Florida, but that’s kind of a weird thing, isn’t it? As a matter of fact, translate that into Latin and I think it might be the state motto. Of course I’m referring not to Miralys Agosto-England admitting to boinking her student twice in her car. That’s as common in America’s SST State as alligators and Waffle Houses. I’m talking about this idea of putting “gifted” students in the same program as the special needs kids. It just sounds like it would really confuse things. You’re combining the two groups at the opposite ends of the academic spectrum for reasons that make no sense to me. Like taking a straight line and closing it into a loop that ought not be closed. I mean, you don’t put the U.S. Olympic Basketball team on the same roster as a bunch of D-Leaguers.

Anyway, with all due respect to the special needs kids, I’m hoping the one who was getting it in Ms. Agosto-England’s car is one of the exceptional kids. I just feel like they get short shrift. Both in school and in the world of Sex Scandal Teachers. For instance, one of my best friend’s wife teaches at a city school and she specializes in the so-called “at risk” kids. She actually enjoys working with them. And she told me how she takes them on a lot of field trips. And this one time they were at Plimouth Plantation and one of the workers was in period costume, telling them how 17th century life was and showing them the inside of the Pilgrim’s houses and whatnot and she asked if there are any questions. “Yeah,” one 17-year-old said “Do you take it up the ass?” While the rest all busted a gut laughing and the employee and the teacher were mortified. Unfortunately, that is a true story. So I asked my buddy’s wife “So where do you take the good kids? The ones who do the school work and never miss class and behave themselves?” She explained they don’t have any programs for those kids. Hopefully at least one of them from Kissimmee was getting some kind of field trip from my girl Miralys here.

The Grades:
Looks: Mindy Kaling? Not the hottest Florida SST by any stretch, but that smile for the mugshot is pure Sunshine State.
Grade: C-

Moral Compass/Bad Judgment: We’ve got an admission. A double dose of car sex. And all in the first five months on the job. Which is fine by, say, South Dakota standards. But in Florida it’s not going to get her much more than a
Grade: B-

Intangibles: Kissimmee. It writes itself.
Grade: B