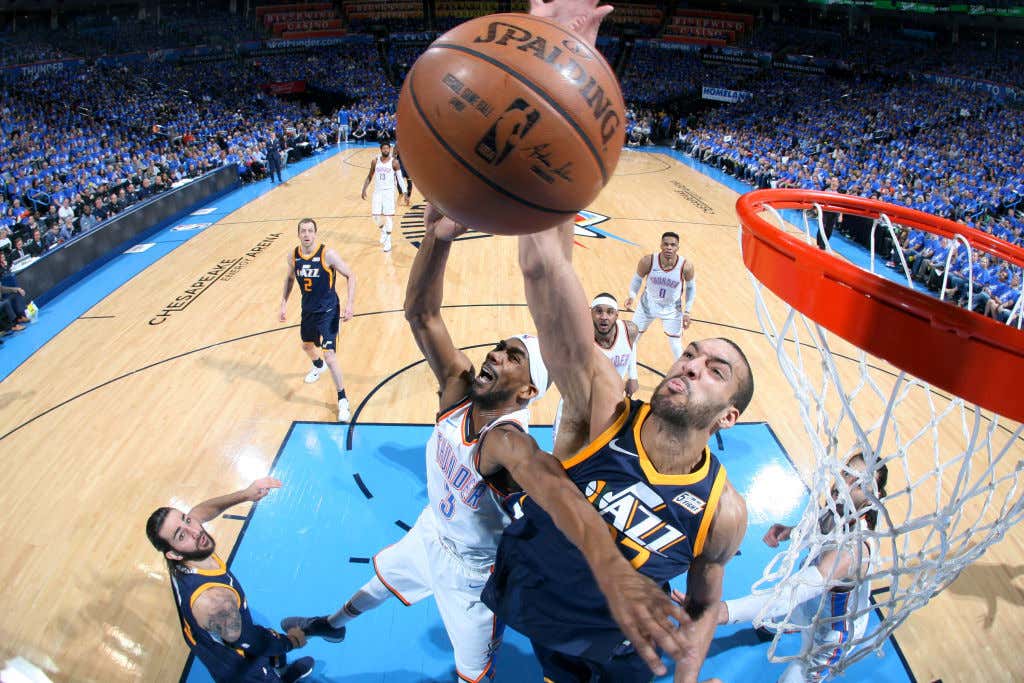 With a bunch of worthy candidates, Rudy Gobert is walking away with the 2018 Defensive Player Of The Year Award. I can’t say I have a problem with this decision, because if you watched the video above, you have an idea with just how dominant Gobert was for the Jazz this season. On an individual level, Gobert was more than deserving, here was where he ranked among the league in some of the important defensive metrics of guys that played at least 56 games (Gobert’s GP)

There are few players in the league that force an opponent to adjust their offensive approach more than Gobert does, and even though their playoff run was cut short, we still saw that impact. He makes you think twice before going into the paint, and having that type of rim protection does wonders for a team’s defense. That’s why when you look at a team level, here’s how the Jazz ranked this season

Not too shabby. It really was night and day how impactful Gobert was when he played, and that’s clear when you look at his on/off numbers.

If you look at both stretches of the season that the Jazz had to play without Gobert because he was out with an injury, the first happened between 11/13 to 12/1. Over that time period the Jazz went 7-4, and had a Drtg of 104. His next chunk of missed time came from 12/15 to 1/17 and the Jazz went 5-11 with their Drtg jumping all the way to 110.7, and they had a -7.9 net rating. Pretty drastic drop. It’s no surprise that once he came back for good the Jazz took off, going 31-8 with a Drtg of 97.9 to finish the season and make the playoffs.

So whether you preferred guys like Draymond Green, Paul George, Joel Embiid, Al Horford, or Anthony Davis, all of which you could make a case for, it’s hard to find a reason why Gobert shouldn’t be the DPOY. When you make an impact like he does, and are the main anchor for one of the league’s best defenses, sometimes it’s best to not overthink things.