I’ll defend DeMarcus Cousins the majority of the time. He gets a bad rap for being a ‘coach killer’ when really it was just Sacramento being a terribly run franchise when he was there. He was able to get a new start in New Orleans and this year was playing arguably the best basketball of his career alongside Anthony Davis and Rajon Rondo – two guys he considers friends. However, this isn’t a good look.

Cousins is an unrestricted free agent who is rehabbing an Achilles injury that shut him down for the season. New Orleans showed Cousins a bunch of love as Davis made sure he got a standing ovation during a playoff game when he was sitting on the bench. Now, this could be nothing because we’ve seen this happen with guys like Julio Jones earlier this year. Or, it could be Cousins just getting ready for free agency.

One thing to remember here is the Pelicans would have to really go over the salary cap in order to sign Cousins. Is that something they want to do or do they want to try and get another piece and build around Davis/Holiday/that 3rd member – probably a wing. Either way, this is just starting the NBA offseason, which is the best offseason. I love the draft. I love free agency. I love everything that comes with it. I just hope there’s a hostage situation again where someone tweets out a picture of an emoji. 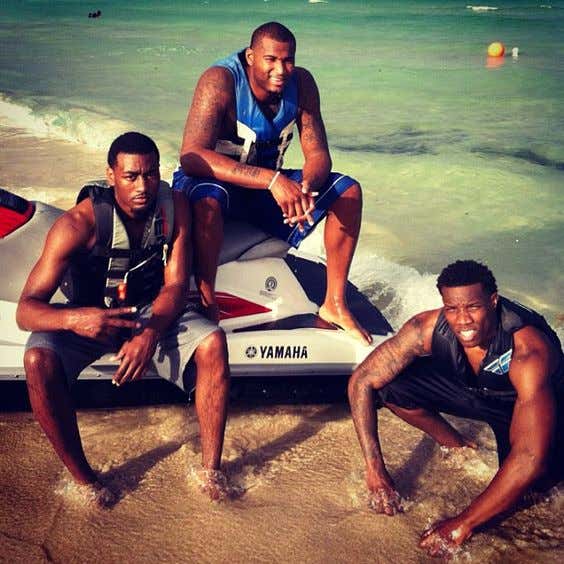