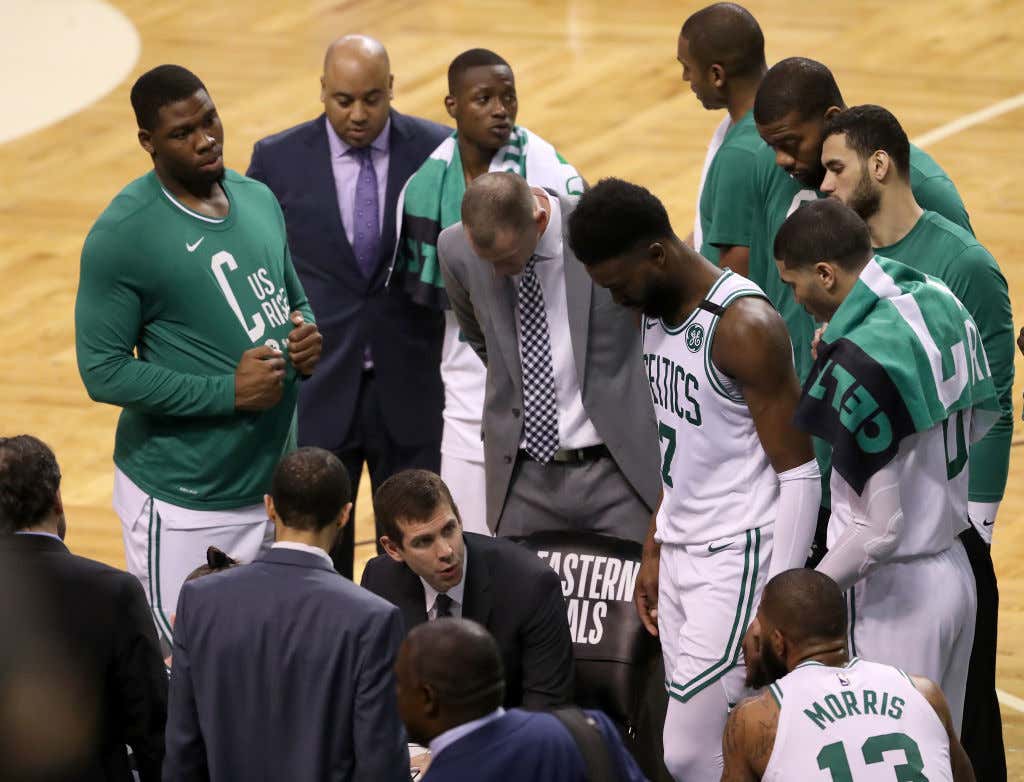 I fully understand this is a dangerous blog to write. Mostly because it would not surprise me one bit if this is what Tyronne Lue’s day consists of after getting his dick kicked in during Game 1 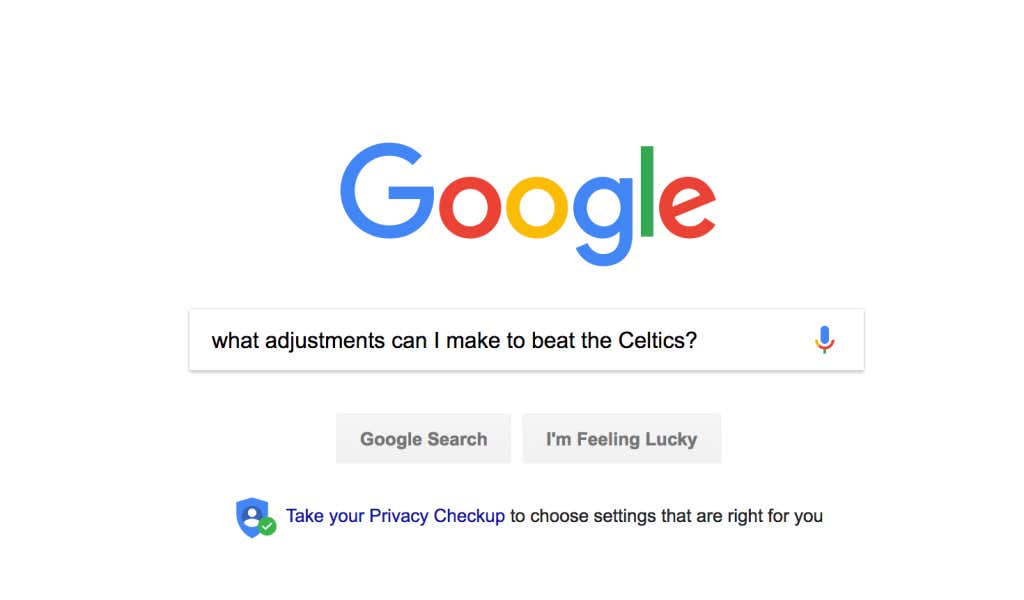 so there’s a chance he’s going to be searching the internet all day today leading up to tip for any idea that might be floating around out there. So while I concede that this blog may help him, it’s better to be prepared than not.

It really depends on how much you think the Cavs need to change. Some may look at the 25 point loss and say “everything”, but I don’t think it’s going to be that drastic. Remember, the Cavs shot just 16-53 (30.2%) on uncontested field goals in Game 1. The most simple adjustment they could make would be to just make more open shots. But in my opinion, there will be additional changes for the Cavs tonight, and this is what I’m thinking

If you’re a Cavs fan, I could understand being pretty annoyed that this didn’t happen in the first place given the Celtics history at turning Thompson into a HOF player. You bet your ass not only will he be starting in Game 2, but he’s definitely going to be playing 21 minutes and here’s why. Things were so much more effective with him on the floor. Without Thompson on the floor, the Celtics played with a 111.9 Ortg, the second he stepped in between the lines that number tanked to 88.9. If you go back and watch you’ll notice Horford did not attempt a single FGA whenever Thompson was on the floor, which seems important.

From a rebounding perspective, he clearly makes all the difference in the world in the one area that can really hurt the Celts. Even when the Celtics had Horford AND Baynes on the floor at the same time with Thompson, he still did damage with a 33.3 REB% and a 57.9 DREB%, both of which are outrageous numbers. You’d have to be an absolute moron to not play more Tristan Thompson.

So how do the Celtics counter? Well if they are going to start by going big, that means one of their shooters is going to come off the floor. My guess is it’s going to be George Hill. Initially you may think the Celtics should respond by also going big, but I’m going to go the other way. I say don’t do a damn thing. You don’t adjust to CLE, you make CLE adjust to you. You start out hoping that somehow the team can collectively rebound at an acceptable level, and instead use the offensive mismatches to your advantage. If you keep the lineup the same, that means either one of Thompson or Love is not going to be around the rim, and can be exposed on the perimeter. That then opens up the paint for slashers. This is where we’ll also probably see Brad pull Horford away from the paint as well, to drag whatever defender is left out of the play too. I would think Love would be matched up with Morris, and that’s an advantage for the Celtics in my opinion simply because of his ability to put it on the floor.

2. Give it to Lebron and get out of the way

With all this talk about how passive Lebron was in Game 1, there is no doubt in my mind we’re going to get a heavy dose of something I thought we’d be getting on Sunday. This is going to game Game 6 2012 Lebron offense written all over it. To hell with getting his teammates involved, we are going to see multiple possessions where there will be a quick high screen to get Lebron a mismatch (another reason I don’t go big to start) and Lebron in is going to clear out, put his head down and take it to the rim. I put it almost in every blog, but I’m going to do it again. Be ready for this

So how do the Celtics counter this? Well there isn’t much you can do to stop this other than pray. If Lebron wants to get to his spot, he’s going to get there. Where the Celtics can be effective is in two areas

1) Staying home on the shooters

You see sometimes Lebron will miss this layup, only to see a Cavs player bully his way in following the drive and clean up the mess. You aren’t going to stop this play on a consistent basis, but you can put a focus on taking everyone else out of the play whenever Lebron does it. If he beats you, he beats you.

3. Take the ball out of Jordan Clarkson’s hands

What I mean by this is that if Game 1 showed us anything, it’s that all Jordan Clarkson wants to do is shoot the basketball. That’s a problem for a Cavs team that throws him out there as the only point guard. My guess would be we see a lot more of Clarkson off ball, playing with another guard on the roster whether it’s George Hill or Calderon. The Cavs need to keep as many ball distributors on the floor as possible in Game 2, especially since Lebron is most likely going to have more of a scoring role.

How do the Celtics counter this? Just like they have all playoffs. If the Cavs are going to play Jose Calderon, than you give his man the ball and you tell him to attack repeatedly. There is no chance Calderon can guard any guard/wing on this roster, and just like in the PHI series you exploit that matchup so often they have to take him out and live with Clarkson chucking.

Not only are the Cavs surely going to try and get more than the 38 points in the paint they snagged in Game 1, but if you watched how the Celtics handled those possessions there is some opportunity there. For example, the Celtics doubles were pretty pathetic, and they resulted in wide open CLE threes, they just missed. I think if Morris or Jaylen or whoever gets in early foul trouble again, we’re going to see Lebron down on the block a whoooooole lot more. Mostly because he can still be a ridiculous passer from this position, he can bully his way to the rim if needed, and given how the Celtics defended this type of play, chances are those same looks would present themselves again if they stayed with it.

The counter to this would simply be, do not double Lebron in the post. You’re just asking for trouble when you do this, and that’s how you give the CLE shooters confidence. If you absolutely HAVE to double, I’d like to see more delayed doubles, sort of like what they did with Joel Embiid. Try and make it as unpredictable as possible for Lebron as to when that extra help is coming, and you damn sure better be rotating on a string if you end up sending an extra guy. We could also see Brad switch things up and bust out his good old fashion zone. Sure you run the same risk of leaving shooters, but you also are a little better equipped to clog the paint for any potential Lebron drive out of this area.

I think it’s fair to describe the Cavs offense as lazy whenever Lebron catches the ball. There is often very little weakside movement, allowing the Celtics to mostly just pay attention to James. That’s why if I’m CLE I run more weakside screens to try and free up shooters and hope the Celtics have communication and switching issues. Guys like JR Smith should be cutting to the basket instead of just standing there waiting for a prayer Lebron desperation pass into a three.

This is where the Celtics will have to rely on each other. They’re one of the more flawless switching teams in the league, and they have to make sure not to fall asleep and spend entire possessions just watching Lebron. Fight through screens, and keep you eye on the ball and your man at all times, because chances are the Cavs are going to be moving around a whole lot more.


There’s a reason Lebron is something crazy like 35-11 in Game 2s. He adjusts. It would be foolish for the Celtics to think that they are getting the same approach from Lebron, and how the Celtics react mentally to this change will ultimately decide this ever important Game 2. There is a HUGE difference going into CLE up 2-0 than tied 1-1, but thankfully we as fans can take comfort in knowing that if we can think of these adjustments, then Brad not only has thought of them as well, but also has 5 different ways to beat them.