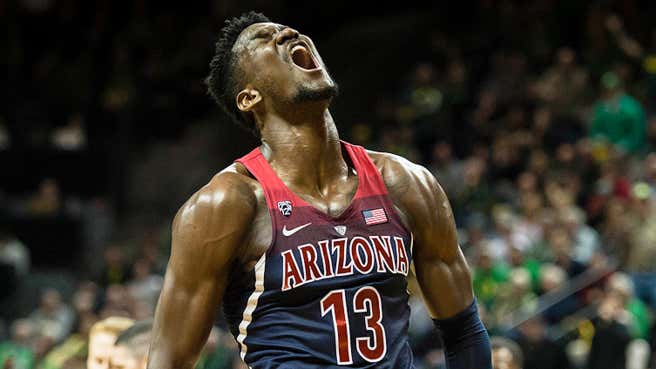 With the college basketball season ‘over’ we’re going to expand the mailbag to a little bit of everything. We’re still going to run this every Friday like we do during the season, but we’ll be talking about college hoops, transfers, NBA Draft, NBA and recruiting questions. Reminder you can always submit questions on Twitter @barstoolreags

I’ve been getting this question quite a bit and I figured it’s time to address it again. I’m not quite sure why people are freaking out about this. We already lived in a world without the one and done rule. We’ve already seen the quality of play and what sort of players we’ll see. It’s not some unknown. We’re not going to lose 50 people to the NBA all of a sudden. The one and done rule will really only impact the top-7-10 players. Sure, it will suck we won’t get Anthony Davis and Marvin Bagley, etc., but we’d still have Trae Young. We’d still have guys like Jalen Brunson. The quality of play will be fine in the long haul, we just won’t have that star talent right away as freshman. Again, we can just go watch the 2002 season to see what the quality will be like.

So this is going to be a thing now with guys like Kyle Kuzma having really good rookie years who go late in the first round. So with that in mind it’s worth noting that there’s no guarantee that some second round player is going to come in and produce the same way. So looking at some second round players, there are a handful of guys I like as rotational players. Almost all of the point guards who fall here – most likely Devonte Graham, Jevon Carter and Landry Shamet are three guys I like to step in and help a team out from day one. One flying under the radar a bit is Boston College’s Jerome Robinson. He’s someone who can score at all three levels and averaged over 20 per game this past season. He’s a good 3-point shooter and has decent size at 6’6″ to play both on and off the ball.

I don’t see it. Konate is a nice player who is an excellent rim protector, but in the modern day NBA, I don’t see where he’s getting a first round grade, especially this year. I mean look at the guys who are expected to go late first round. You’re talking Brunson, Holiday, Simons, Allen, Battle. Hutchison, Evans and Jontay Porter. He’s not a better prospect than any of those guys. Konate still has a lot of work to do on the offensive side of the ball to make him a first round graded prospect. I’d be beyond surprised to see him get a first round grade.

I hate describing players as power forward or center, because it simply doesn’t matter anymore. So we’ll look at stretch players. By that I mean guys who are an actual threat to shoot and really draw guys out. I’m not going to put Ayton or Wendell Carter in this category. We’ll look at guys who I’d call more stretch than wing – i.e. Mikal Bridges, Miles Bridges and Kevin Knox are all guys I’d call wings.

To me it’s still Deandre Ayton. He’s the best player in this draft and gives you a different look than Capela. Remember the draft happens before free agency, so the rumors of the Suns offering Capela a max contract may end up being false. You also have to remember the Rockets have the right to match any offer sheet that Capela signs. So if you pass on Ayton and then the Rockets match, then what? Don’t rely on free agency or anything like that. You take the best player in the Draft if you are at the No. 1 spot, who is Deandre Ayton. Build around Booker/Jackson/Ayton as your core three.

I don’t even know if RJ Barrett is the best one in the class. I like Cam Reddish a lot and wouldn’t be surprised if he ends up being the better of the two players. Take away those two I think you’re really debating between guys like Nassir Little, Bol Bol, Romeo Langford, Keldon Johnson, Zion Williamson, etc. I like Bol Bol probably the best out of that group just a little bit more than Nassir Little. Manute’s son is someone who can stretch that floor at 7’2″ with a soft touch and protect the rim at the same time. He should fit Dana Altman’s system pretty well, especially playing with a guy like Louis King. He’s arguably the most unique talent in the class and that’s something that always sticks with me when I look at this group.

Here’s the thing – he is a primary ball handler. I talked to Purdue’s staff about this not too long ago and he is the definition of a lead guard for them. They ran their offense with him as the lead guy, where Thompson really just dribbled the ball to half court and then let Carsen go to work. So I’m not worried about becoming a primary ball handler, because he already has that. Now as for the pro status? He’s in a tough spot. There’s not a whole lot of sub-6’0″ scoring dominant guards in the NBA. That’s where Edwards is right now. He can shoot the shit out of the ball and is an excellent college player, but I’m not sure where he fits in at the next level. You can’t really hide him defensively and I don’t love the Ben Gordon comparison. He’s more someone who might be in the rotation and provide some minutes off the bench to be a scoring guard, but he’s not Gordon.