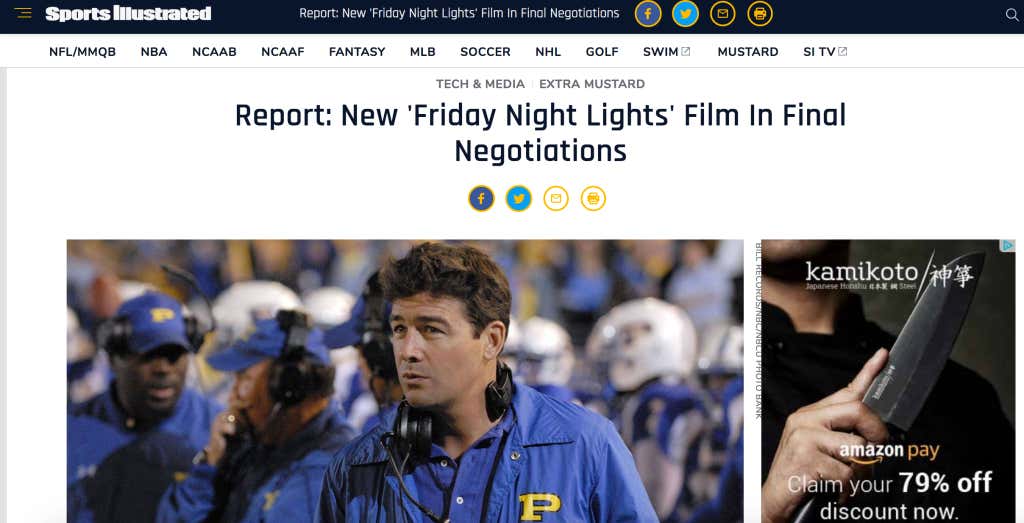 Ok, SI. You have our attention…go on…

Via Sports Illustrated: The new film is not expected to be a sequel to the 2004 film that starred Billy Bob Thornton or picking up where the NBC TV series with Kyle Chandler left off. The film will be its own new re-imagining of H.G. Bissinger’s best-selling book based on the 1988 Permian High School Panthers. Universal plans to pursue a story with a fresh setting and cast of characters.

I’m all aboard for using click bait images. But using Coach Taylor as a pawn when breaking this kind of news is just ugly.

There’s never a bad time for more sports movies. But why do we need another movie based on the exact same book but with “a fresh setting and new characters“? What’s wrong with the old characters?

Despite the TV show being much better (don’t @ me), it’s still a really good movie. Don’t fix it if it ain’t broken.

But  most importantly, I wanted more “clear eyes, full hearts, can’t lose.” The show ended with a lot of unfinished drama. Why not let us catch up with Coach Taylor, Lyla Garrity and Tim Riggins one more time? What’s wrong with that?

Look, I know that movie “sequels” based on whatever TV series usually aren’t very good. The expectations are always higher than the delivery. But that doesn’t stop people from going to see their favorite show on the silver screen.

That’s what true fans do. You support the product no matter what.

Entourage is the perfect example.

If I could only watch one show over and over for the rest of my life, it’d be Entourage. Easily. It’s the best show of all time. I’ve seen the entire thing through an embarrassing amount of times (and yes, I’ve kept track because I’m actually concerned that I have an addiction). So of course I’d be at opening night for the movie version.

Andddd it wasn’t that great. It wasn’t bad by any stretch, but it just didn’t do the show justice. Especially Ari.

If you didn’t see the series and only watched the movie, you don’t understand how awesome the show was. That’s just a fact.

But that doesn’t stop me from watching the movie at least once a month. 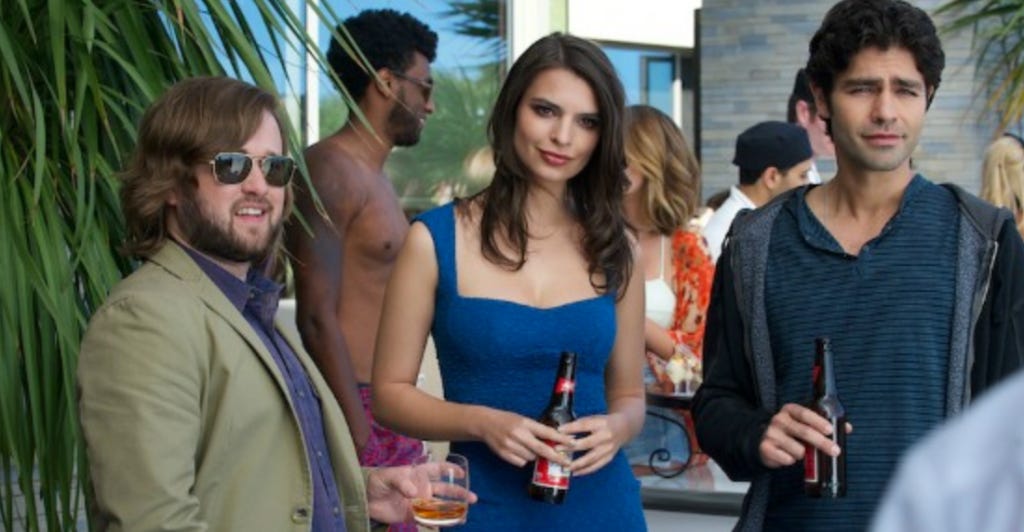 Why? Because it’s best part about TV shows. You get super attached to the characters and their story lines.

When I saw this fake Friday Night Light news headline, I got really excited even though I know fully well that a continuation won’t serve the show justice. A girl can dream. Call me a hopeless romantic.

So, I asked twitter if there are any based-on-a-TV-series movies that people actually like better than the show itself. Here are some of your answers:

You people who answered that tweet with “Entourage” should be ashamed of yourselves. No way the movie touches the show. Reevaluate your lives.

Here’s a picture of Sloan. That’s something we can all support. 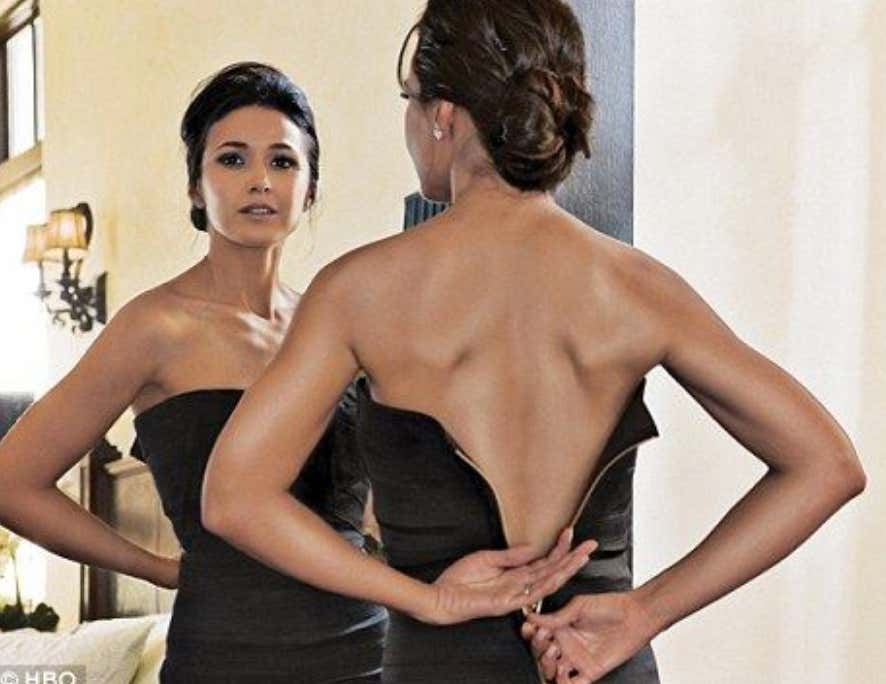