Last night I went to the Yankees game and I learned something about myself that will forever haunt me.

It started out innocently enough: Hubbs, Carrabis, Frankie, Producer Tom, my friend, and I all journeyed together towards Yankee Stadium. Once inside the subway station, Frankie kindly loaned his metro card to Carrabis, who then couldn’t figure out how to properly swipe the flimsy plastic card three-year-olds know how to use. After what seemed like an eternity, in what can only be described as nothing short of a miracle, we all moved past the evil and complicated turnstile.

The first 4 train arrived, but we were forced to decline it’s pungent interior because, like a flock of Asian tourists, we couldn’t bare to be apart for the 35 minute ride.

Not to worry, our time on the platform would not be wasted on worthless conversation. Jared practiced  his sad puppy face, Frankie went on about his parents (I think. Look, he talks about them all the time, at this point it’s difficult to separate when he is or isn’t talking about them.), Hubbs was doing something, and I was doing nothing.

Eventually we all boarded the train and as The Three Stooges were talking smack to one another, I noticed something relatively interesting (not really):

( A side note here: I’m not in the Yankees/Red Sox Club Cool, I accept that and even respect it, but damn, I have a gray hoodie. They could have at least given me the option to dress in the same shade as Barstool’s Baseball Elite. But whatever, my feelings aren’t hurt, your feelings are hurt.)

We arrived at Yankee Stadium enthusiastic and carefree (well not Carrabis). The boys went their way with Jared’s tickets, and I went my way with my tickets.

The game started off with bangers from Gardner and Judge, and I just knew it was going to be a special night. Little did I know Wednesday, May 9th, would be the night I received a participation trophy I will never forget.

My friend, let’s call her Sam, and I were sipping on beers that, even in my massive man-hands, look ginormous. 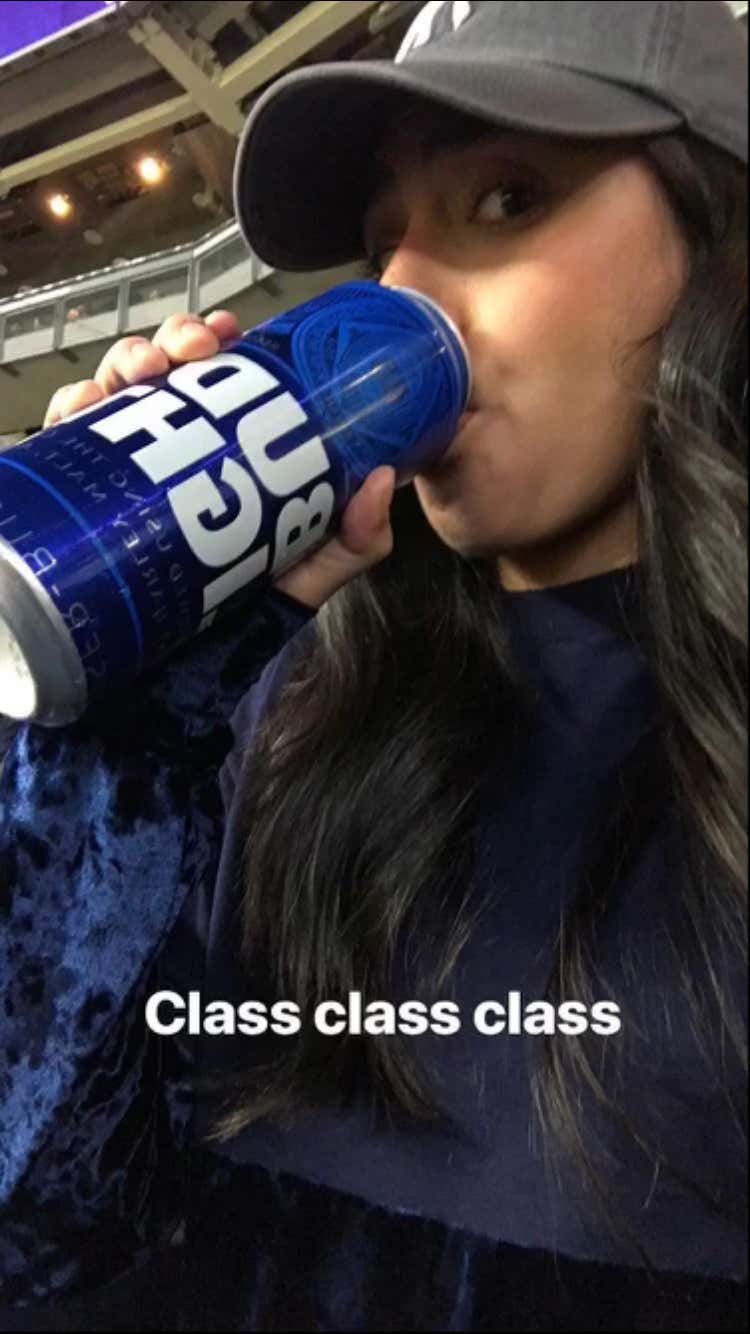 All of a sudden, a foul ball flew in our direction, bounced, touched my foot and everything in that moment moved in slow motion. 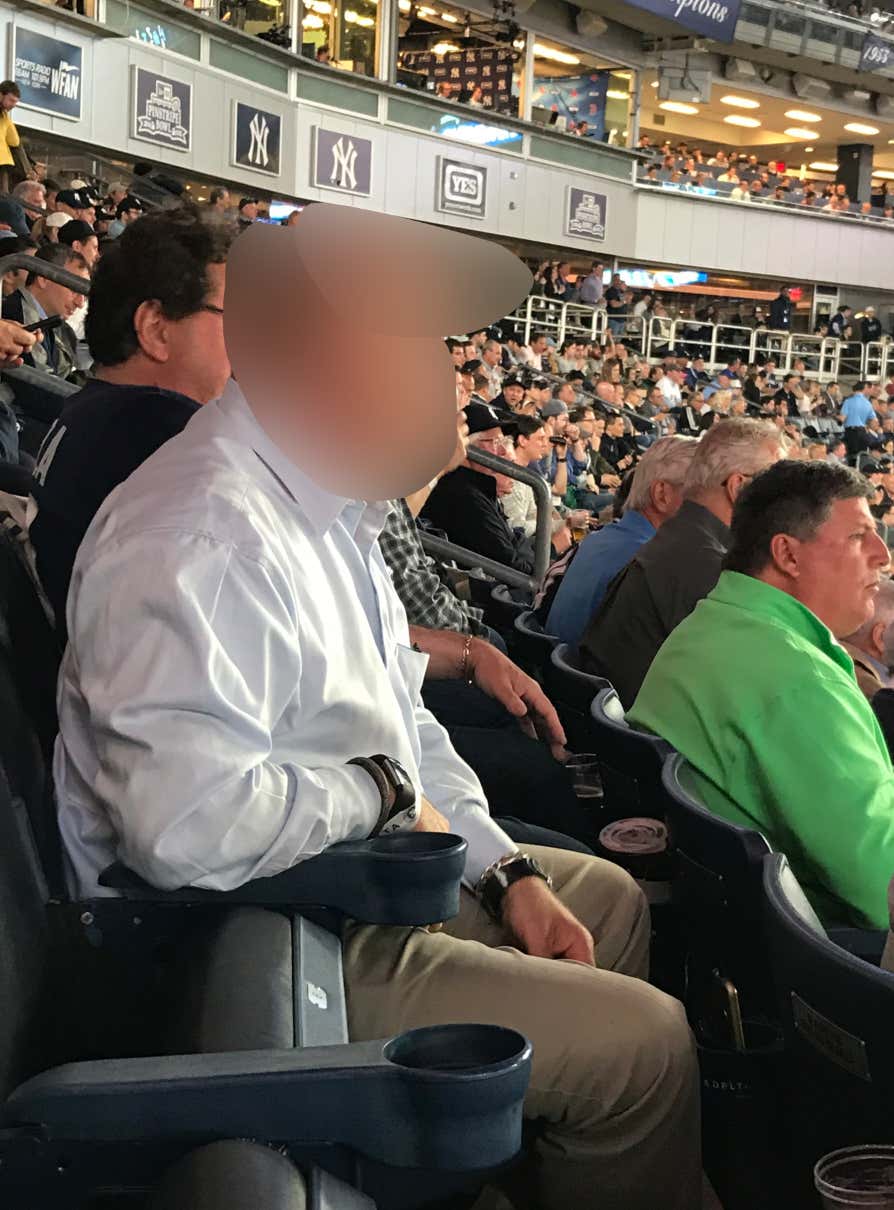 This fat fucker next to me began elbowing me in the ribs, while simultaneously attempting to push me down and reach for a ball that was lurking somewhere amongst our feet and peanut shells.

Naturally, I shoved and elbowed him back, all while maintaining my nachos elevated and out of danger in my right hand. (I paid like $15 for those mediocre-at-best nachos, I was not about to have them trampled by an over-weight, middle-aged man dressed in business attire that tells me he’s in finance, but he’s definitely not making the big bucks, a situation that has caused his wife to look for sexual satisfaction with his boss, who does make the big bucks and will later fire said chubby man in manner that will completely destroy what little manhood he has left after the big divorce.)

Meanwhile Sam is on her knees (a position she’s comfortable in) searching for this mysterious ball, while getting smashed in the head by my nachos. She can’t find it, I tell her to keep looking, and she comes up empty handed.

As it turns out, the ball rolled down to the first row, and the fellas who were sitting there thought we were so viciously pathetic, they gave us the foul ball that casually stumbled into their hands, the foul ball we were basically willing to give our lives up for.

2) I am DAMN fucking proud of this participation trophy. 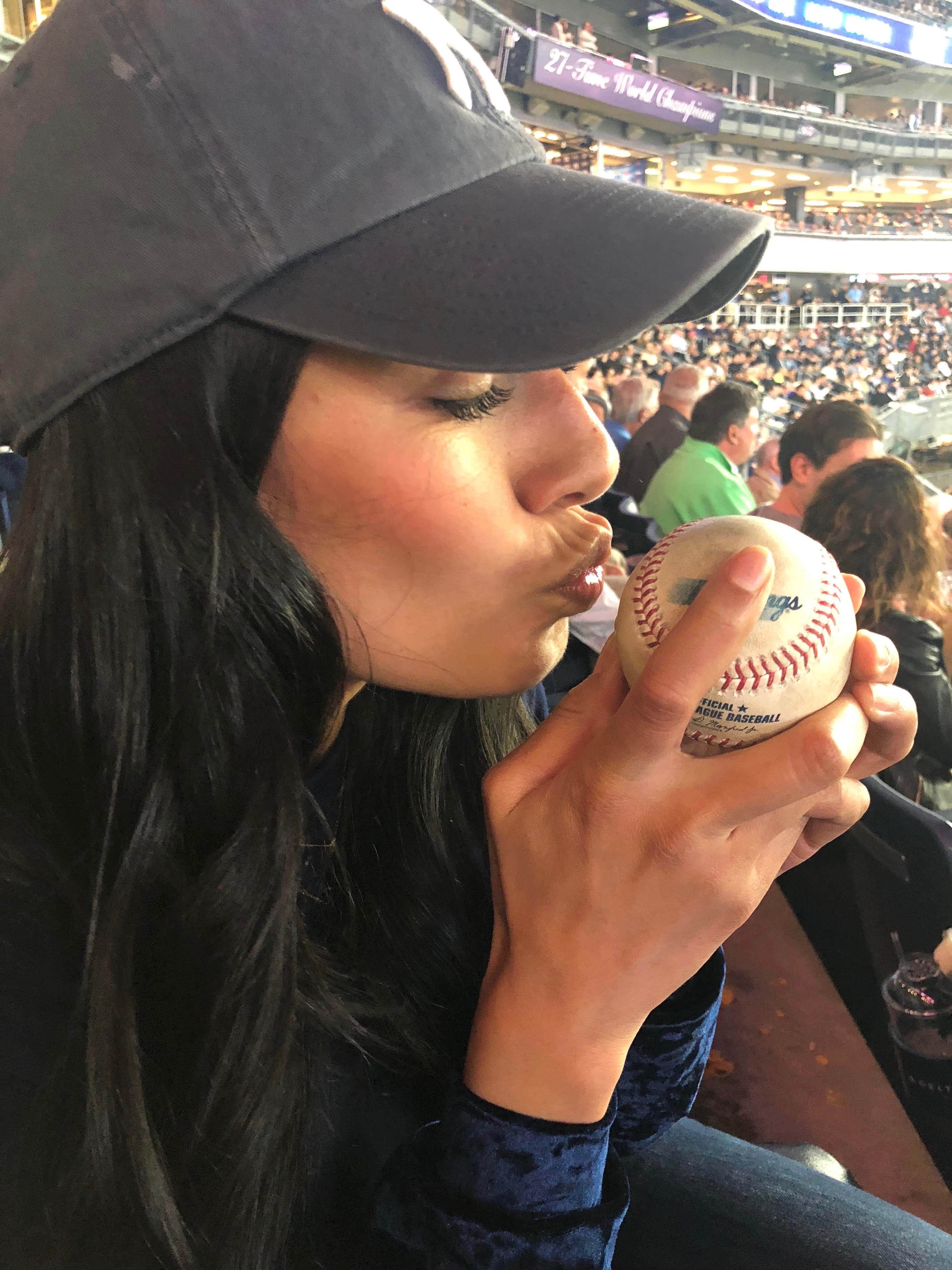 I got into my first physical altercation with another human being for this ball. My friend smothered her hair in nacho cheese for this ball. As I write this, my ribs are throbbing from getting elbowed, for this ball.

Sam and I fought for Gary Sanchez’s ball. We earned that ball. While we did not win the Larry O’Brien Championship Trophy, we did win the MVP trophy. More importantly, we entertained everyone around us, and in the end, isn’t that what life is all about?