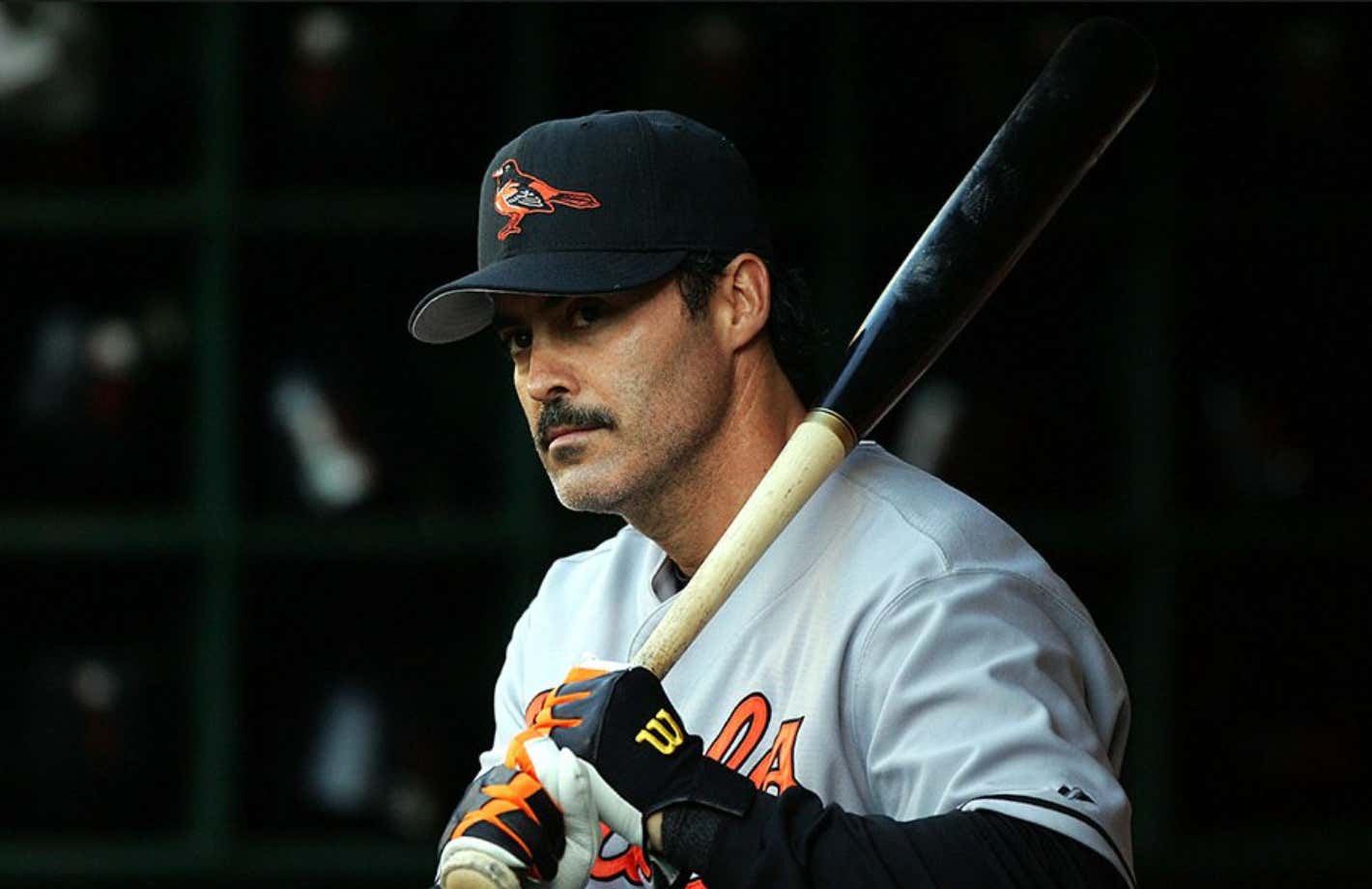 He’s back! Yet again, he pointed that finger right in your face and told you the truth. Rafael Palmiero was going to make a comeback, and he did. Reports are saying the 53-year-old should be Hall Of Fame will sign a deal with an Independent League Team, the Cleburne Railroaders of the American Association in Texas. The same team where his 28-year-old son, Patrick, plays.

Palmiero said earlier this offseason that he believed he could make a comeback in the MLB and was seeking an MLB Spring Training invite, that invite never came, not too shocking. Is this a marketing ploy by a team no one has ever heard of? Probably. But my money is on Raffy still being able to mash. I bet he could have a higher average and OBP than Chris Davis if Raffy was in an MLB lineup….

The main reason Palmiero wanted to make a comeback was to try and clear his name from his positive steroid test in 2005. He  has been adamant that he never used steroids and it was a tainted sample. He’s hoping he can prove to people that he didn’t need steroids to be the player he was back then, and he did have some insane stats. Call me crazy, but I believe him.

It was pretty clear he wouldn’t get anMLB Invite, but at least he will be able to showcase that bat and play with his son for a few games, that will be a pretty cool experience for the both of them. In the video above the bat speed isn’t quite there, but who knows, maybe he finds the fountain of youth and can hit a couple dingers down there. Still a pretty good story.

Opening Day is May 18th, get your Railroader jerseys out!