I know we once again live in dark times in Metsland. In just a week’s time, the Mets went 0-6 on a home stand, lost Jacob deGrom to the DL with an elbow injury, had Yo pull up lame with a bad hip, and DFA’d Matt Harvey. All that happening in 6 days time would be unheard of if it was any franchise other than the Mets, who always seem to have bad news happen in three groups of threes. It’s one thing to be a cursed franchise. It is quite another to be a cursed franchise that willingly let Bartolo’s magical aura and Juan Uribe’s magical dick go in a years time.

Which is why we need to focus on happier times. When Big Sexy sent a James Shields pitch soaring to the stands, as well as James Shields’ self esteem into the gutter, it gave sports fans the most improbable memory ever. More than American Pharoah winning the Triple Crown. More than 16-seed UMBC defeating 1-seed Virginia. More than Smitty’s winning streak to start 2018. On that one glorious day, Bartolo went from hitting side show to hitting taters.

Not only was the home run life changing and magnificent, but so was the fallout. We had tremendous stats. 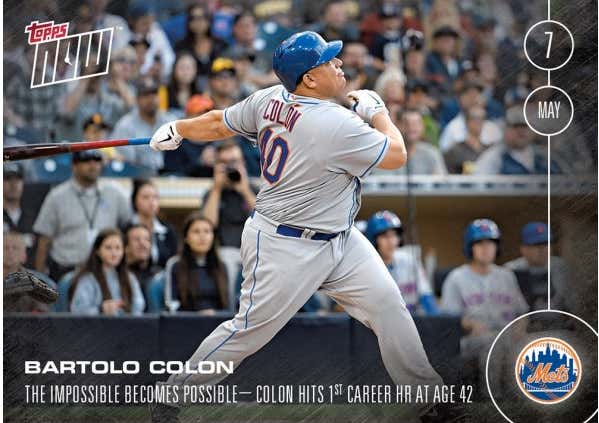 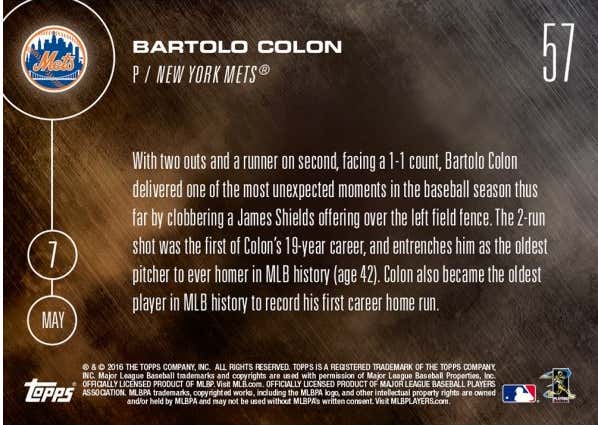 And of course the glorious Spanish radio home run call.

Sometimes it makes me sad though, Tolo being gone. I have to remind myself that some birds aren’t meant to be caged. Their feathers are just too bright. And when they fly away, the part of you that knows it was a sin to lock them up does rejoice. But still, the place you live in is that much more gray and empty that they’re gone. I guess I just miss my friend.

Mark my words, there is a real chance that the Mets will never make the postseason again and Bartolo Colon will be our John Coffey. Betraying him will lead to the Curse of The Bartolo, which added on top of all the curses the Mets have on them will lead to a postseason and championship drought never seen in the world of sports. Okay, I probably shouldn’t be blogging about the Mets in this state of mind. Writing about a team that hasn’t won a game in May despite it being May 7th is like grocery shopping on an empty stomach. Only bad things can happen. Again, lets remember happier times.