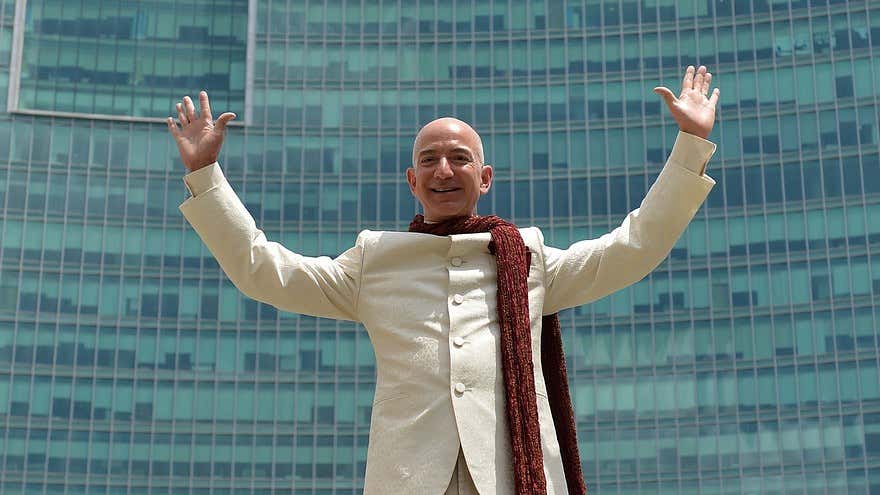 CNBC- A puppy that was stolen by a driver delivering Amazon parcels in England has been reunited with its owner. Businessman Richard Guttfield, 51, said his black miniature schnauzer Wilma had gone missing after a driver dropped off a package of dog food.

Guttfield said it was only after he emailed Amazon’s CEO and founder Jeff Bezos in a plea to have his dog returned that the company responded. “My puppy went missing after an Amazon delivery and after an email to Jeff (Bezos)… we had someone who was amazing who tracked the driver and found our dog and brought her home,” he told CNBC. Amazon said that the driver in question would no longer deliver its packages. Drivers that deliver parcels for Amazon do not technically work for the company, but through a number of independent couriers.

Would you look at that? Jeff Bezos not only has big brain for business but a big ol’ heart as well. J Beezy probably read that email, asked what the name of the driver in sector 7G was, snapped his fingers, and had that puppy back home in 2 business days. Bezos will be a benevolent ruler when he takes over the world in the next 5-10 years.

To be honest, I am surprised that Bezos has his email address out there for just any asshole to write to. I’m scared to give out Dave’s email address to people that want to do business with Barstool. I couldn’t imagine being a billionaire(‘s intern) and sifting through an inbox full of complaints, spam, and angry letters from the MAGA mob for actual important emails such as your puppy being stolen by some scumbag.

Anyway, we can all agree that driver is not only fired but also dead as fuck, right? I don’t know if Bezos fed him to his sharks with laser beams on their heads or fed his robotic dogs that don’t need to actually eat.

But that driver is definitely no longer breathing and probably doesn’t have a physical body anymore. And to be honest, he deserves it. If you steal somebody’s dog, let alone puppy, you deserve an extremely painful death by supervillain trope.