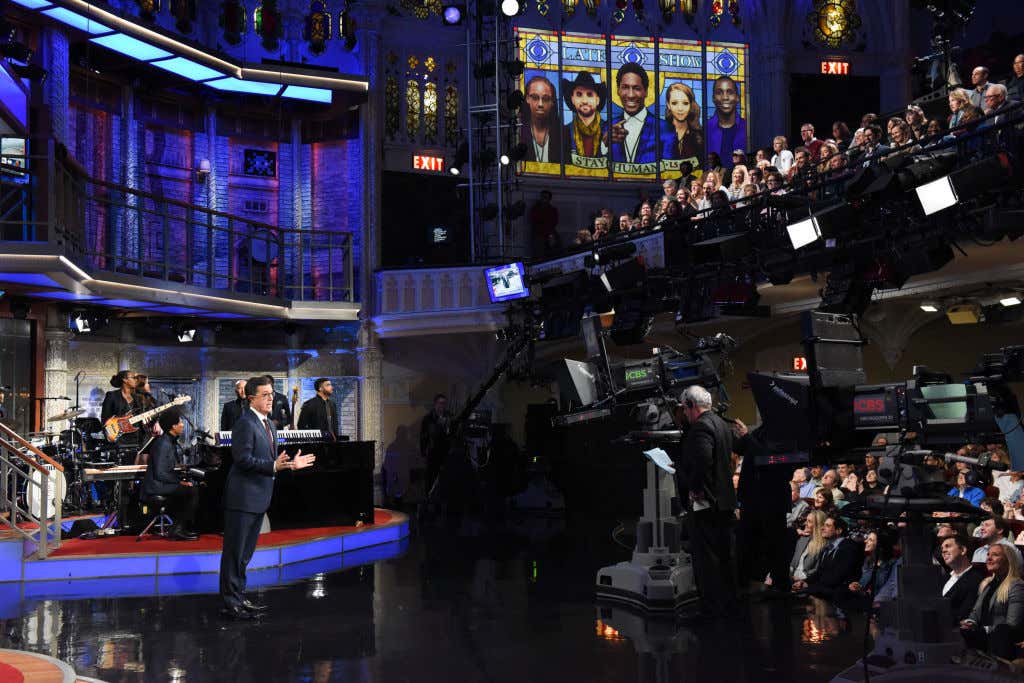 I’ve always been a big late night guy. It’s the reason I moved to New York. I started my career on The Late Show with David Letterman then after he retired bounced around to a few other late night shows before landing a gig at Barstool. There’s something about the process of putting together a TV show that I love. You start the day not knowing what you’re going to do and ten hours later you have a tangible product. It’s rewarding in the same way that working with your hands is rewarding.

I still know a bunch of people in TV, so when Bobby Foxxx hit me up asking if I could get tickets I jumped at the opportunity. I hadn’t been back to the Ed Sullivan theater since Letterman retired and I wanted to check it out. Unfortunately, Bob forgot he had a podcast scheduled so I had  to take another twink.

I got to the theater at 4:15 PM as instructed and got on line with a bunch of fat tourists. The whole time I kept thinking how bad the show was going to suck if I got stuck sitting next to someone who had trouble fitting in the 1920-sized chairs. Luckily, I did not. After about thirty minutes, we made our way through security and into the inner lobby with the other VIP guests. The only benefit to being a VIP guest as opposed to a regular guest is that you get to sit down sooner. Which is either a blessing or a curse depending on how bad your knees are. They gave us a pump up speech and insisted that if we used our phones we’d be kicked out, then ushered us into the theater. Being the trash bag that I am, I managed to sneak a few (terrible) pictures. Here’s the stage: 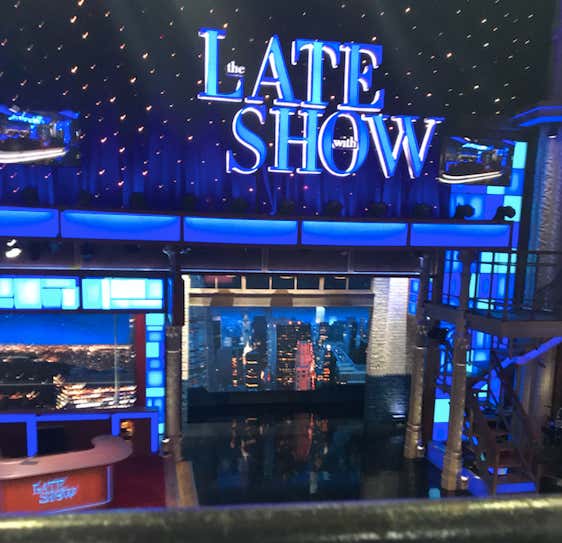 And here’s an upside down shot of the dome that I was too afraid to take because the nineteen-year-old kid working the crowd was staring at me. 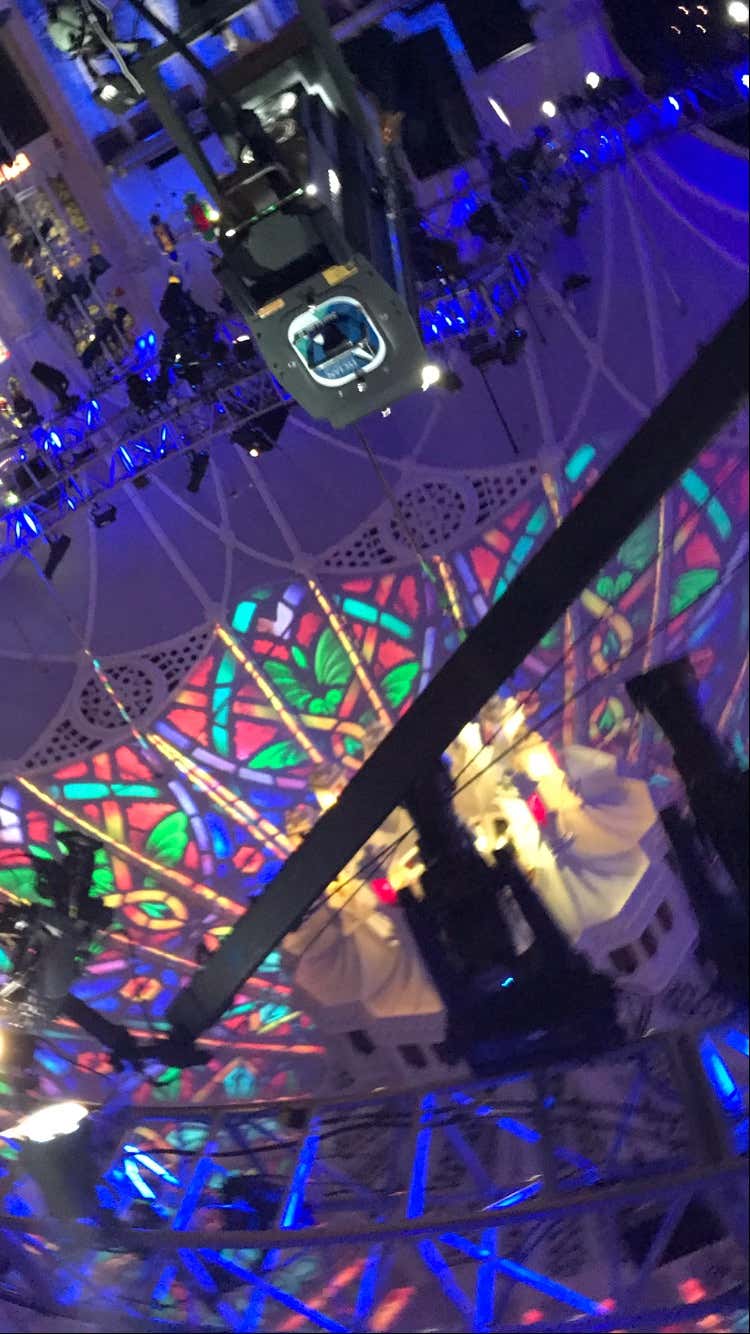 Once we got to our seats it became a game of cat and mouse. It was like that famous Robert Parish quote, “it’s one thing to know where the ball’s going, it’s another thing to do something about it” except for phones. Every time someone took a phone out an usher would scream at them to put it away only to have someone else take theirs out. After about an hour of that, the warm-up comedian came out. He was actually pretty good. I don’t want to spoil his bit in case someone reading this is going to a show but he does a lot of crowd work. At one point, he had a ninety-year old woman, an Asian lady, and a college student dancing in the aisle. It was so cringeworthy it was hilarious.

John Baptiste and Stay Human came out and played a forty-five-minute set to get the crowd even more warmed up. The only reason it took so long was because every member of their six-hundred-person band got their own solo. The reason they do that is two-fold: one is it gets the audience/band warmed up, and two to get the audience so sick of the band that they get that much more jazzed up when Colbert finally does come out. They ended the set with a cover of Stevie Wonder’s Superstition and an introduction of the stage manager. He gave a speech on how important we were to the show and introduced Stephen, who came running onto the stage.

My initial thoughts were that he was shorter than I thought, but then again, everyone is. Colbert was charming, funny, and took about five minutes’ worth of questions from the audience. It was very Letterman-esque.  He was clearly in control of the room. One lady asked him about  his start in show business but the rest of the questions sucked.

After that it was time for the show. First up was Helen Hunt from the mid-nineties action-thriller, Twister.

Yawn. She was there pushing an interview for some movie where she plays a guidance counselor who helps stressed out millennials get into college. They could never really get on the same page. It was like they weren’t listening to each other. Which was the COMPLETE opposite of  Kevin Smith, who had the entire theater cracking up. It wasn’t even an interview; he just came out and told a story for forty-five minutes about when he had a heart attack.

Once he finished up everyone was ready to leave. We had been there for about three and a half hours. He brought out one more surprise guest for a pre-tape (some dude from NCIS) and then introduced Paramore. They killed it.

Over all it was a great experience. I didn’t cry like Frankie did at Fallon, but I thoroughly enjoyed it. So if you’re ever in town and want to see what goes into making a TV show, go to Colbert. And while you’re there look around. Check out the ceiling, the lights, take note of all the people walking around on stage. There are a million moving parts and every one of them serves a purpose. That said, if you can’t handle talking politics you should stay away. The entire opening monologue was just him ripping Trump. I’m going to start going to more TV shows so I can blog about my experiences. If I had to grade this one I’d give it a B+.  Next up, WWHL.