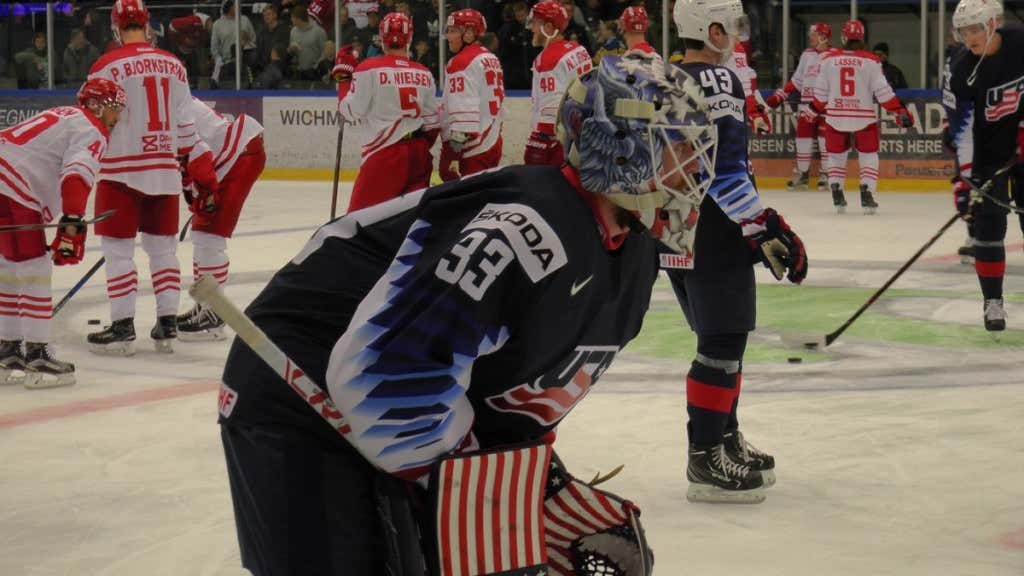 The 2018 IIHF World Championships are almost underway in Denmark. The tournament is home to the best players in the world who aren’t currently playing for the Stanley Cup and/or haven’t declined the invitation from their national team to play. USA Hockey hasn’t won gold at Worlds since 1960 so it’s pretty difficult to get invested in this tournament at all. Especially considering it looks they decided to hideous and downright offensive sweaters from the Olympics this year. I’d like to punch the CEO of Nike square in the nuts (codename for testicles) for allowing those to be made.

But there is one man who is looking to save the fate of USA Hockey at the IIHF Worlds. That man is none other than Scott Darling and these deliciously patriotic pillows.

Brings a tear to my eyes. Again, they’re kind of ruined by those hideous jersey designs. But you can refer to Scott Darling as “The Border” from now on because nothing is getting by him while he’s wearing those beauties. USA has 7 games coming up here in the group stage of the tournament. I’m gonna go ahead and just predict 7 straight shutouts for the Red, White and Blue.