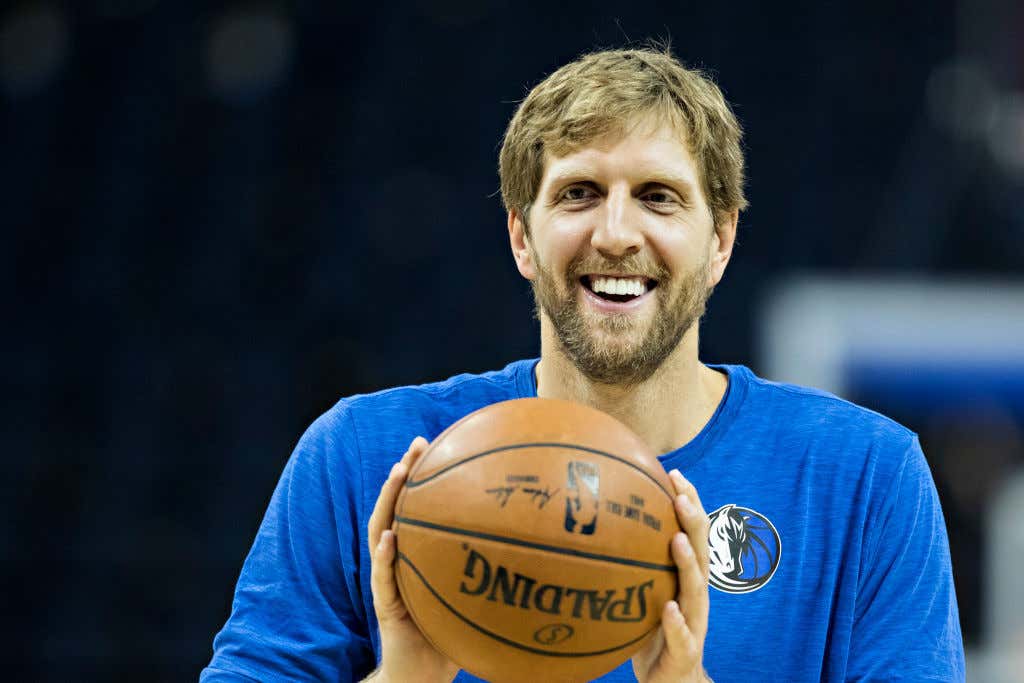 By now you’ve for sure seen this tweet as it’s gone pretty viral. After Oladipo’s trainer set the trend, it wouldn’t shock me if we see other NBA players and trainers start to do the same. Especially those who may be entering an important contract year. Gotta show your bosses you’re committed to getting better and not just Andrew Wiggins. Fortunately for us, Dirk exists and since he decided to come back and play one more year, it only makes sense he starts to get back into shape. I must say, while Oladipo’s interaction was suspect given everything Big Cat talked about on the Rundown, it’s good to see some good old fashion ball busting between Dirk and his guy. Who is @HoopConsultants? He’s the Director of Player Development for the Mavs, and after doing a little research this isn’t the first time these two have gone back and forth like this

To me, the best part about Dirk is that he is one of the more relatable players in the league. Sure he’s a 7ft HOF basketball playing unicorn, but he’s also self aware which is great

If we’re being honest, I really hope this whole texting your trainer gag doesn’t become a thing. We get it, NBA players work hard, and the good players work really really hard. That’s why I loved what Dirk did. Whereas Oladipo’s may have felt forced given the timing of the Pacers loss, Dirk’s was genuine.

And of course, here is your much needed Dirk highlight mix tape to get you through the afternoon.