A soccer fan in Turkey was banned from stepping foot inside the stadium of his favorite team, Denizlispor (yeah that’s the correct spelling), and to that he said:

I don’t know who this guy is (his nickname is Yuamuk Ali, which means reminds me, I don’t speak Turkish), and despite extensive research (Google), I don’t know why the stadium banned him for a year.

What I do know is that we should all be like this guy.

They said he couldn’t watch his team play, he rented a crane, and watched the same way God does: from above.

If someone tells you, you can’t do something, remember, where there’s a crane, there’s a way.

If you’re really into a girl and she won’t give you the time of day, try harder. Don’t take no for an answer. No is for quitters. Get yourself a ladder, climb up the tree outside her bedroom window, and watch her in her habitat. What is her daily routine? What kind of lotion does she wear? Does she wear perfume? Does she curl up with a good book before bedtime? Is it fiction or non-fiction? Is she sleeping in her ex-boyfriend’s t-shirts? Does she sleep in socks?

These are questions you need answers to if you’re going to pursue her the right way, and land the girl of your dreams.

Don’t let laws and rules, that were meant to be broken, stand in your way.

Our friend Yuamuk Ali didn’t, and look how happy he is. 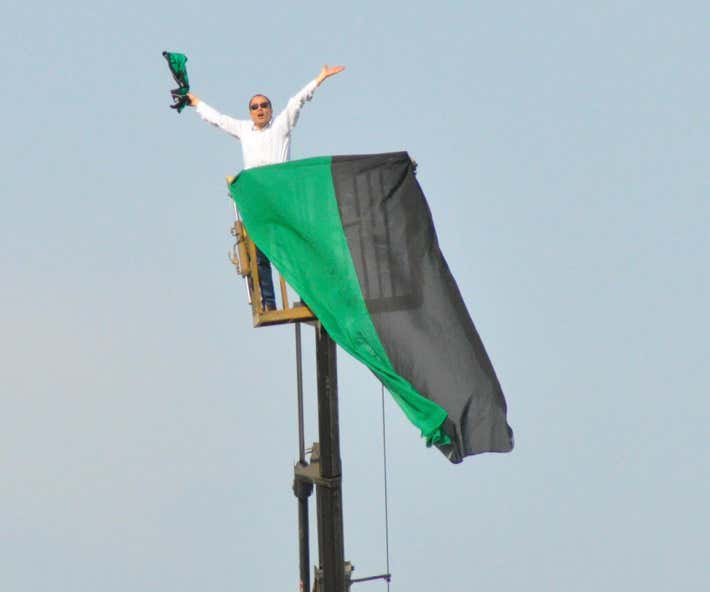