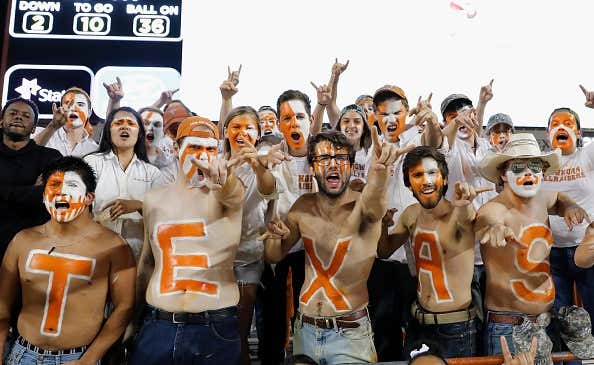 Source – The Counseling and Mental Health Center at the University of Texas at Austin recently launched a new program … [t]reating masculinity as if it were a mental health crisis. “MasculinUT” is organized by the school’s counseling staff and most recently organized a poster series encouraging students to develop a “healthy model of masculinity.”

The program is predicated on a critique of so-called “restrictive masculinity.” Men, the program argues, suffer when they are told to “act like a man” or when they are encouraged to fulfill traditional gender roles, such as being “successful” or “the breadwinner.”

Though you might enjoy “taking care of people” or being “active,” MasculinUT warns that many of these attributes are actually dangerous, claiming that “traditional ideas of masculinity place men into rigid (or restrictive) boxes [which]… prevent them from developing their emotional maturity.”

“If you are a male student at UT reading this right now, we hope that learning about this helps you not to feel guilty about having participated in these definitions of masculinity, and instead feel empowered to break the cycle!” the program offers. …

The school is in the process of hiring a “healthy masculinities coordinator” to run the program.

Ah, modern American academia. There is absolutely no cultural institution in the world like it. Nobody holds a flickering birthday candle to our nation’s colleges when it comes to attacking problems that do not exist in the lives of anyone. And spending enormous amounts of time, money, effort and resources in the process.

I mean, on one level I get it. At least I get how something like this gets started. Someone has a legit concern for men who maybe aren’t the most masculine guys and want them to feel supported. And that is a noble intention. But in the enclosed little echo chamber that is a university, it can’t stop there. There has to be a root cause of the problem. And that cause just happens to be masculinity itself. Some men happen to feel less manly than others so by all means lets go after the manliness of the manly men. There’s yer problem. Get rid of the masculinity – or at least make it conform to whatever standards the future Masculinities Coordinator arbitrarily decides are “healthy”-  and it’s utopia for everyone!

Here’s one little issue that might make the Masculinities Coordinator hit a snag moving forward though. He/she will be trying to fight nature. Which almost never works out. That masculinity UT is in such a snit about isn’t just human nature, it’s an intergral part of every species that has ever walked, swam or flown in the history of Earth. And no matter how unhealthily “restrictive” these mewling buttinskis find it to be, masculinity is a good thing.

It hunts and gathers. It fights off predators. It was masculinity that crossed the oceans. Blazed trails across a wilderness. It’s what gave Texas a university. I’m sure no one was questioning the harmful masculinity of the men who kicked the Mexican army out. Or was debating what the pressure of being “successful” was doing to the ones who grew the crops and rustled the cattle. Try telling the guys who laid the bricks down to build the school about how terrible it is to be expected to “be a bread winner.” All so a hundred or so years later, that school could pay someone a couple of hundred grand to teach their offspring that their own manhood is toxic and needs to be eradicated.

And this is coming from me, who is definitely on the lower half of the manliness scale. It’s just that we are getting to a point where it seems like no one is telling the social engineers that enough is e-goddamned-nough. We all should create a world where people are comfortable in their own skin. But you don’t have to carry it so far as to say anyone who doesn’t fit your model of “emotional maturity” has to change their basic, fundamental human nature. And to treat basic manliness like a mental illness, for the love of God. But keep doing you, academia. And the rest of us will continue to live in reality.