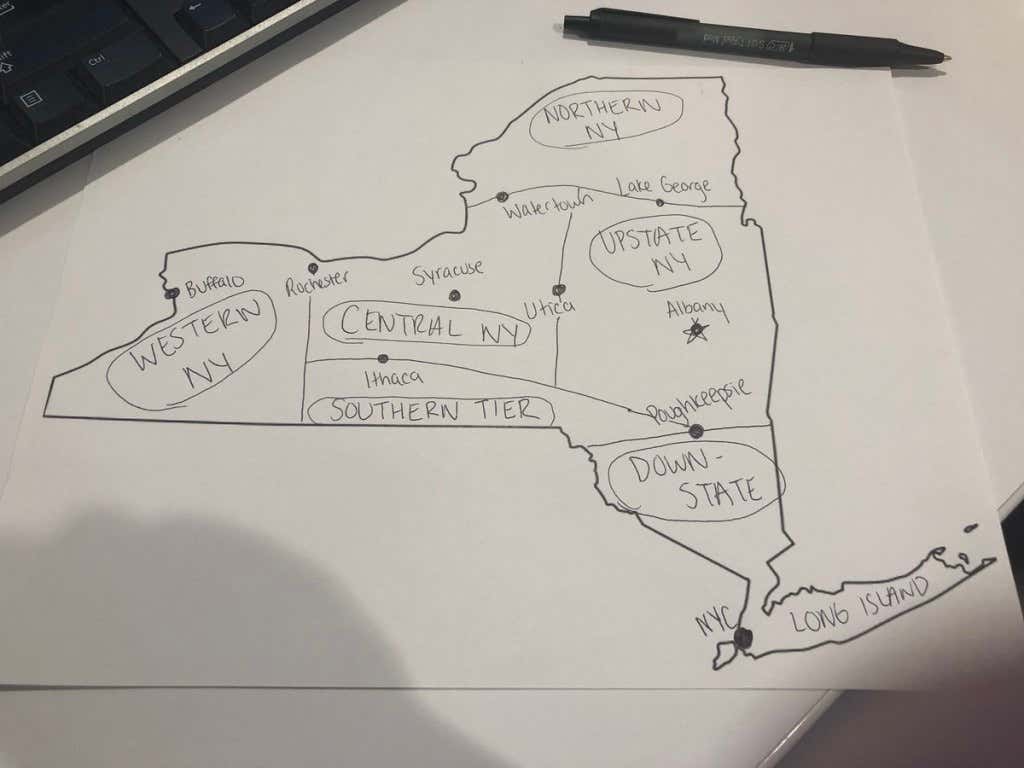 My God, it’s…it’s perfect! And definitely the most important thing done in 2018. Pulitzer level journalism. After decades of New Yorkers arguing about where downstate ends and Upstate begins as well as what exactly was Central and Western New York, we have it all right there in a perfect hand drawn map. Shit, I bet the Iroquois and Algonquin were talking shit about which tribe was an Upstater with their Timbs and Yankee fitteds on centuries before the white man came from Europe.

But after all those years of debate, it turns out just mapping it out and using major cities as border points was the Eureka moment, not all that different than when Doc Brown realized the Flux Capacitor was what was needed for time travel.

Rochester is the gateway to the West. Utica splits regular Upstate NY from Central NY. The Southern Tier is a super utility spot and key to the map that clears up any gray area. Without it, everything could fall apart. Think Andrew Miller on the 2016 Indians. And nobody will debate that anything north of Lake George is Northern NY AKA North of The Wall because only wildlings without internet live there and they are too busy hunting for their food to care what people say about them on a map. Oh yeah and there are DEFINITELY ice dragons up there.

Of course you will have Hardos from the city and Long Island say that anything north of Harlem or the Bronx is Upstate because their entire view of the world is that infamous New Yorker cover. 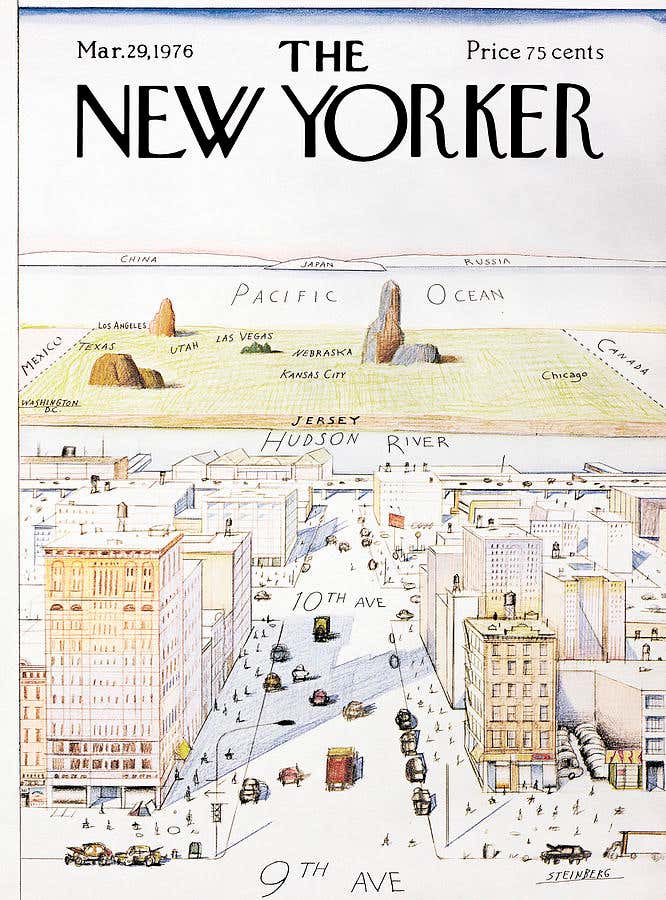 Those people are just being obtuse. Because this is how the state should be broken down in their simple, obtuse minds. 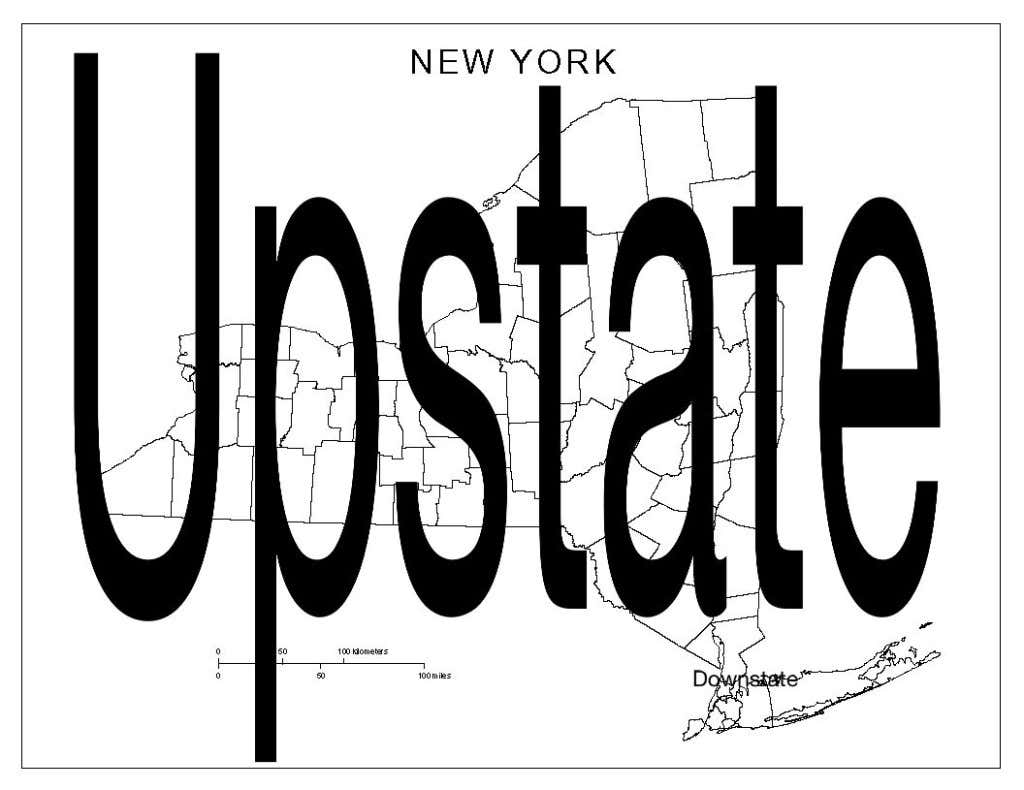 But for the truly neutral people that have actually been across this goddamn massive state, they know that is all bullshit.

Are you going to tell DMX, Jadakiss, and all the other people from Yonkers that they are some country bumpkin Upstaters?

Now in the spirit on transparency, I’ll admit that I like this map because it lumps me in as a Downstater. As someone that lives just north of Westchester and has friends (humblebrag) that live both in New York City and the Albany area, I have long been a man without a home. The city people call me an Upstater and the Albany people call me a Downstater. I’ve long said that if you can take Metro North during your commute to the city, you are a Downstater. If you have to rely on Amtrak or drive, you are not a Downstater. And this map nails that. Poughkeepsie is the last stop on the Hudson line. I guess we can lump Wassaic in there too since it’s the last stop on the Harlem line and nobody knows/cares where the fuck Wassaic is. New York is a huge state and to call someone that is more South than 90% of the state is Bananaland. Speaking of Bananaland, Dave’s guess of where New York City is true Bananaland as well.

Anyway, once you get into the Western/Central/Upstate part of the map, I feel like there are no real beefs. I’ve long thought of Syracuse as Western New York because it was west of Albany and it’s always getting pounded in the dick with lake effect snow. But map don’t lie. Cuse belongs in Central New York. Buffalo with its glorious #BillsMafia is as West as it gets, and everything else just falls into place. To be honest, you could probably draw the borders for some of these areas based on what they put their bleu cheese on or how often they eat chicken riggies and garbage plates. But as a Downstater, those terms are still somewhat foreign to me.

Yeah this is a random ass blog for Barstool, but any New Yorker will appreciate such an important subject finally being tackled (except for the aforementioned city people that will continue to shout that anything north of 125th Street is Upstate because they love yelling and arguing. Ignore them. I almost think we should just give the city and Long Island their own designations so the rest of us don’t have to hear their nonsense anymore. But that is another blog for another blogger).