You’re a single, hot-shot Afghan military officer in your twenties and you’re headed to the United States for training. Though your homeland is beautiful, it’s also violent, impoverished and war-torn. This will the be first time in your life away from that atmosphere.

Going from the airport to the Army base, you’re amazed that the government chartered bus 1) showed up, 2) isn’t falling apart and 3) doesn’t have to swerve around blast craters. The bazaars are endless rows of stores offering up food, clothing, anything you could ever want. And holy shit-balls – there are women walking around with their arms and ankles just hanging out for all to see…

On the weekends between training, you’re having the time of your life. You and your ANA (Afghan National Army) boys go out with the U.S. soldiers and drink pitchers of a delicacy called “PBR”. You learn what the “chill” part means after “Netflix and…” and you like that very much.

With only a few weeks left in training, you miss home but start to dread returning to Afghanistan. You’ve had a taste of the First World life and suddenly going back doesn’t feel like an option. “YOLO,” you mutter under your breath in Pashtun as you pack a bag in the middle of the night. And then you’re off… destination, Disney Land. Or a bridge to hide under until the heat is off.

Ok, perhaps not that’s not 100% accurate. But of the foreign fighters who came here for training and went AWOL since 2005, 152 of the 320 have been from Afghanistan. According to the Marine Corps Times:

“…as of February, nine of the more than 150 Afghan trainees in the United States who went absent without leave, or AWOL, across the nation remain unaccounted for.

I’m not saying it’s right, but these guys have known nothing but war their whole lives. They’ve lost loved ones & friends. They’re fighting a battle that seems to have no rhyme or reason, no clear objective, and no end in sight. The pay is probably not that great, or even that reliable. Putting myself in their shoes (or sandals) I know I’d be feeling the pull to try and stay. 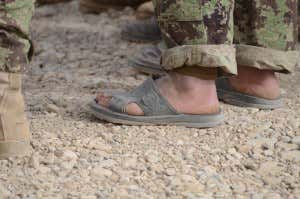 On a personal note, I know many are understandably wary of the ANA & ANP, especially within the veteran community. Between 2008 – 2017 there have been over 100 green on blue attacks, resulting in the death of 152 coalition forces. There is also severe corruption among higher ranks including bribery, theft and murder. Doesn’t exactly instill confidence.

But on the flip side there have also been incredibly brave ANA (Afghan National Army) and ANP (Afghan National Police) who have given their lives protecting NATO forces. And who have put their lives aside to fight the Taliban, ISIS, warlords… (whoever the heck the enemy happens to be that day) hoping it will do some good for their country, families and futures.

Looking at our embarrassing track record with broken promises to Afghan interpreters, those who come here to train know there’s little hope of ever getting here again. And so some go off into the night.

No, I don’t condone those who have gone AWOL and would never encourage it. But I understand it, and the Marine Corps Times report kind of sent me down memory lane. And who doesn’t love when a vet goes down memory lane?! On my first deployment there were some creepers & wackos, but also many ANA/ANP I grew to like and admire. They’d invite us to their side of the camp for homemade dinners of naan, rice & freshly killed goat.

To this day I still wonder where some of them are now, if they’re even alive, and if their families are OK. Sometimes it’s easy to forget how good we have it, and that we’re not the only ones struggling with this 16+ year war. Here’s some photos I took of the ANA/ANP on my first tour. Just felt like sharin’, don’t @ me. 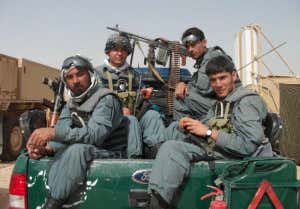 ANA putting henna patterns on me with a knife (why tho?) for Ramadan. Command was not happy about my orange-stained hand. 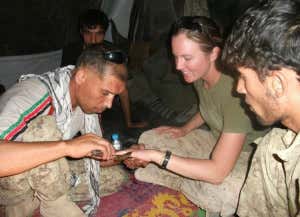 Post-dinner dance-off between ANA and Marines. 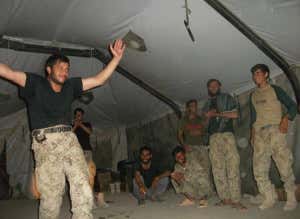 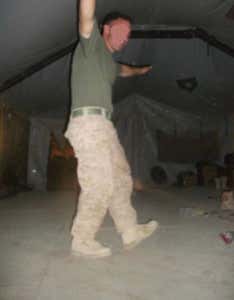 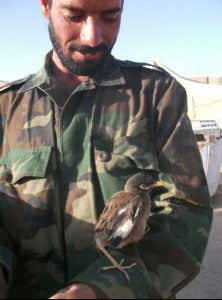 Security on the lookout. 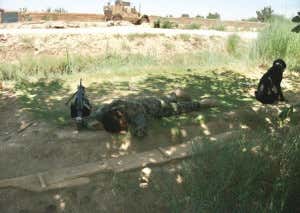 If you were in their shoes & went AWOL in the USA, where’s the first place you’d go?