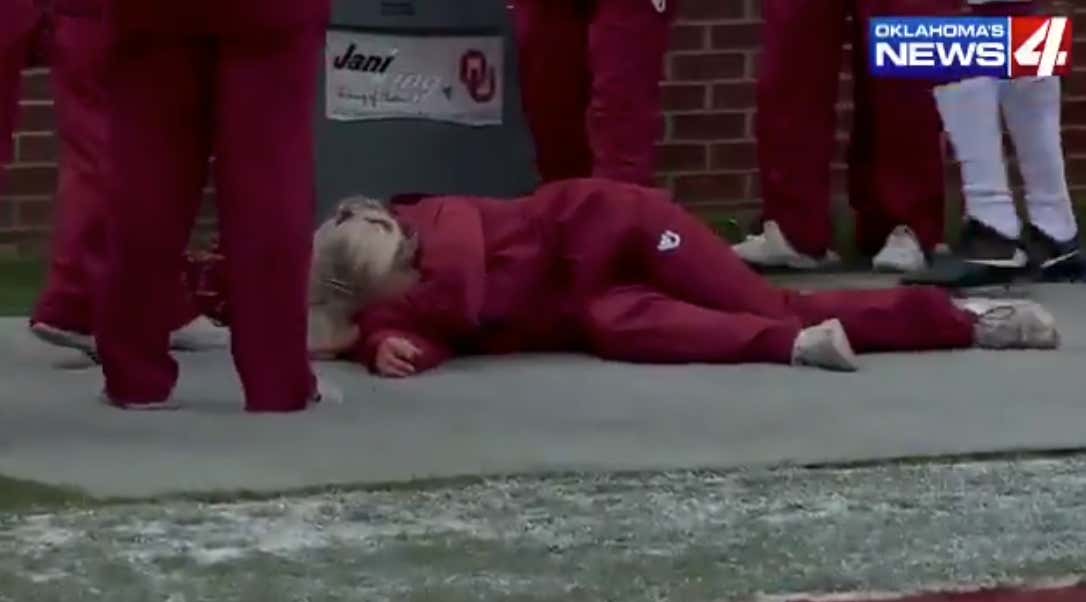 Oklahoma is in the midst of finding a replacement for Baker Mayfield. All sign points to former 5-star QB Kyler Murray starting week one for the Sooners, but Lincon Riley has recently called the competition “neck and neck.”

We won’t find out who will start until closer to week one as Murray and rising redshirt junior Austin Kendall’s competition will continue during fall camp. Saturday’s spring game shed a bit of light on the competition, but not much outside of this throw that definitely didn’t help Kendall’s case:

Just an all-time headshot. The cheerleader looked dead on the sideline:

The GIF is even better:

Look at her arms go up as she is falling down! 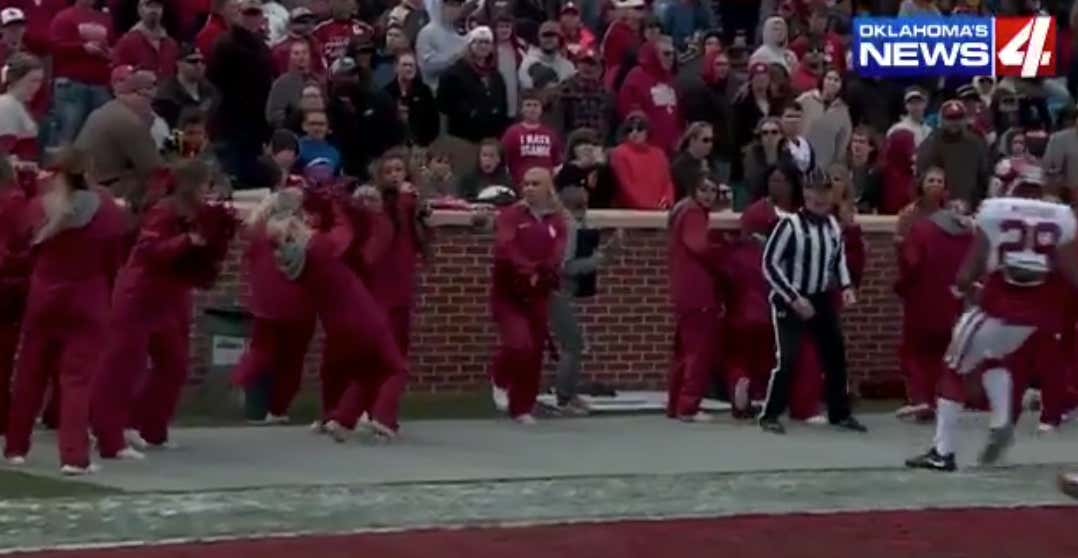 It was a cold day in Oklahoma as well, so you know that ball had to sting BIG TIME.

It seems as if Kylie is fine: 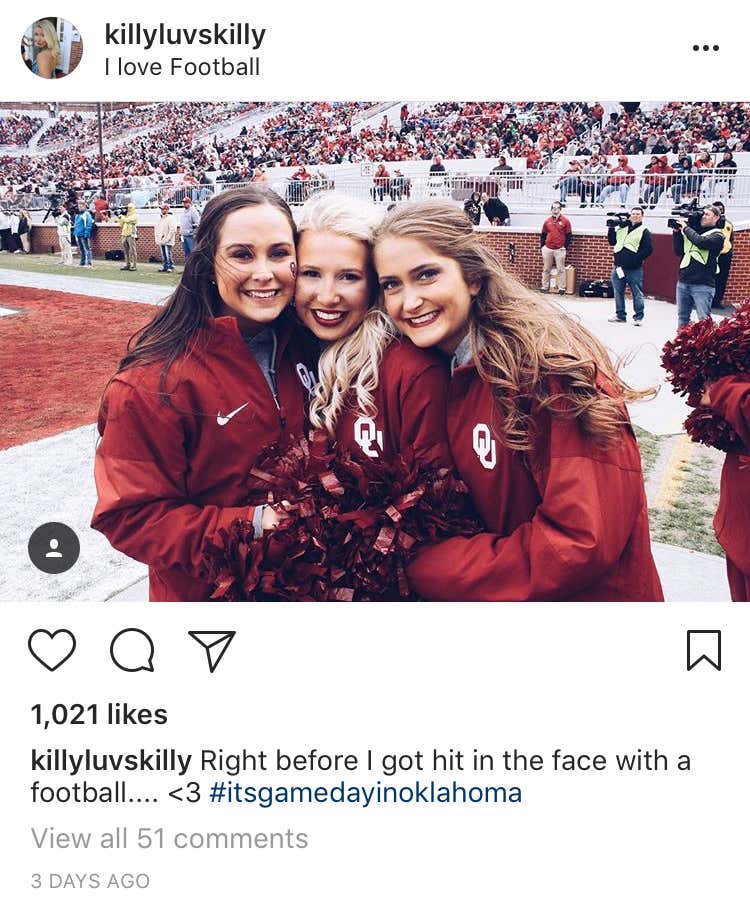 Austin Kendall even reached out to Kylie to let her know he was sorry. I’m sure he had no other ulterior motives with his comment: 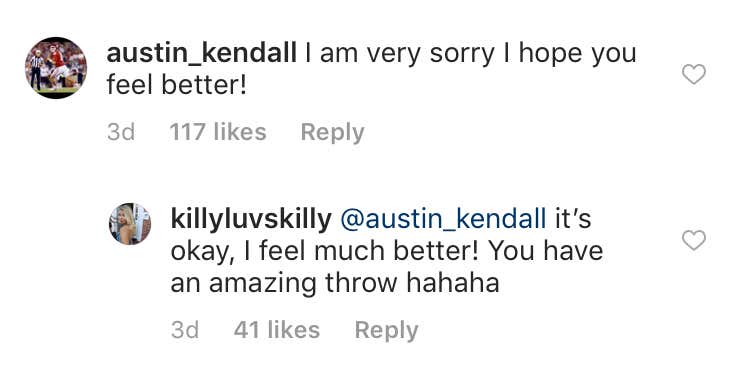 “You have an amazing throw” time to send Kylie back into concussion protocol!!!!!!

P.s. This was an all-time cheerleader headshot, but let’s not forget the greatest sideline headshot of all time: