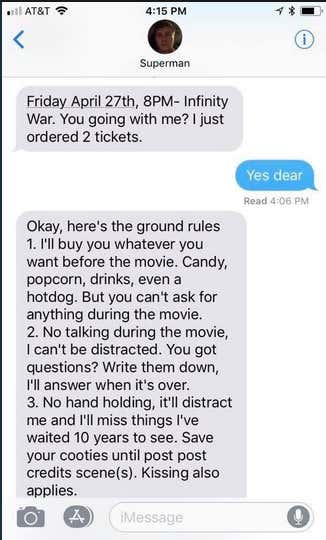 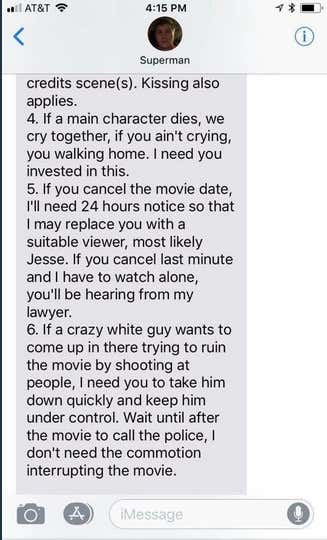 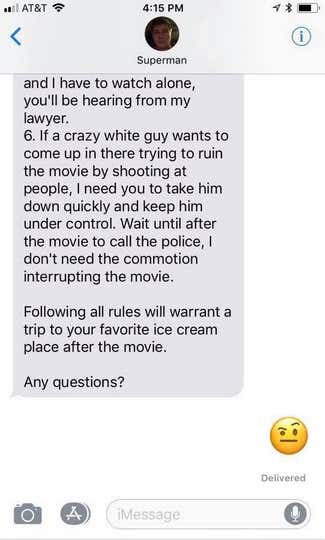 I don’t know this Superman, but I think he and I just became best friends and should go do karate in the garage. He just gets me. If you don’t totally get where he’s coming from on this then I have pity for you and pray for your soul.

The late, great film critic Roger Ebert had one of the wisest quotes ever on relationships: “Never marry someone who doesn’t love the movies you love. Sooner or later, that person will not love you.” If the Irish Rose doesn’t come to her senses in the next six months, we’ll hit 25 years of marriage. And it’s no coincidence that when I met her, she owned the boxed set of Star Wars Episodes 4-6 on VHS. Or that, as I’d expose her to litmus test movies  like This is Spinal Tap and seriously wondered if I could keep seeing her if she hated it, she passed every time. I had serious doubts about her when I found out she’d signed up for one of those old Columbia House scams. Then she told me to get out of it she had to buy two movies, and she picked The Godfather and Patton. I was at a jewelers the next day. #RelationshipGoals

And, like my new bae Superman here, I wouldn’t want her if she wasn’t completely on board with the Marvel Cinematic Universe movies, which by now can be called the best film franchise of all time. So you can understand why he wouldn’t want some casual- or non-fan messing him up while he’s trying to appreciate the culmination of Kevin Feig’s grand vision. Why he doesn’t want girl cooties that will make him miss obscure Easter Eggs. No bothering him with questions about Thanos’ backstory or who the Black Order are. And if she’s not emotionally invested enough in, say, Vision to cry if should he die like they hint at in the trailer, then don’t bother getting in the car.

Sure, you might think a superhero nerd this into it probably ought to take any date he can get or die a virgin. If so, then shut your gob. You don’t know what you’re talking about because there are plenty of women who share his affinity for geek culture who’ll even put on the Black Widow spandex to rock the world of a guy with this much dedication to the art form. From the first teaser trailer to the final post post credit scene(s). So here’s hoping you found Ms. Right, Superman. Wakanda Forever!