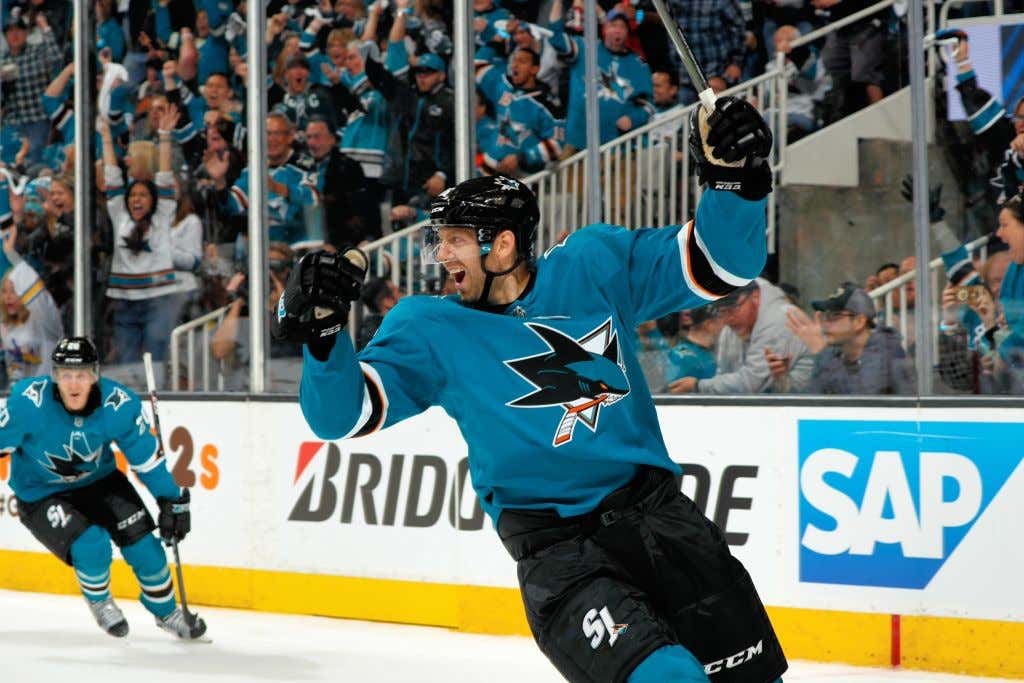 Usually Shark Week takes place sometime in the middle of July. But it looks like the San Jose Sharks decided to kick off the festivities a little earlier this year and they’ll have a chance now to sweep the Anaheim Ducks tomorrow night, just a week after their first round series started.

Now first off all, that is an incredible lede. Not the type of guy who likes to pump my own tires or anything but you can go to journalism school all you want, you’re still not gonna learn how to write a better lede than that. Second of all, holy shit do the Ducks suck ass or are the Sharks just this fucking good? San Jose took the quick trip over to Anaheim and “stole” 2 games on the road to open up the series. Last night they were back at the Shark Tank and they scored not 1, not 2, not 3, not 4, not 5 or 6 or 7… but 8 goddamn goals against the Ducks to win the game 8-1 and take a 3-0 lead in the series. I know the score is pretty embarrassing on its own but this game wasn’t even as close as a 7-goal win would lead you to believe. I mean just look at this goal from Eric Fehr last night.

No disrespect to Eric Fehr or anything but it’s not like this guy has been known for his offensive prowess throughout his 10+ year career in the NHL. Yet this guy looked like he was playing against a bunch of beer leaguers out there last night. Oh and do you think that maybe the Sharks have a scouting report on John Gibson that says “go forehand-backhand all damn night on this guy”? Because check out these goals from game 1, 2 and 3 real quick.

The same exact goal scored in 3 straight games. Coming down on a 2v1, dish it over, forehand-backhand, back of the net. Not only are the Sharks beating the shit out of the Ducks in this series, but they’re essentially calling their shots here as well. It is a complete and total beatdown. And they’ve beaten the Ducks into such a submission that the only thing they’re left with is that piece of shit scumbag Corey Perry going out there taking runs at guys because he’s got no character and he’s baby shit soft.

Your team is getting their dicks kicked in, you’re on the verge of being swept, and you decide to take a guy out from behind like that right along the boards? Get the fuck out of here with that. Corey Perry deserves to take a twig to the teeth for that. At the same time as all of that, their captain Ryan Getzlaf gets tossed from the game. So yeah, the wheels have completely fallen off for the Ducks and the only thing that should matter for the Sharks right now is getting out of game 4 healthy. Ease your way to the win against this team of scumbags and then get out of there. You have another round of playoff hockey to worry about.

P.S. – Game 4 of this series will be broadcasted on the Golf Channel. Just in case you forgot.