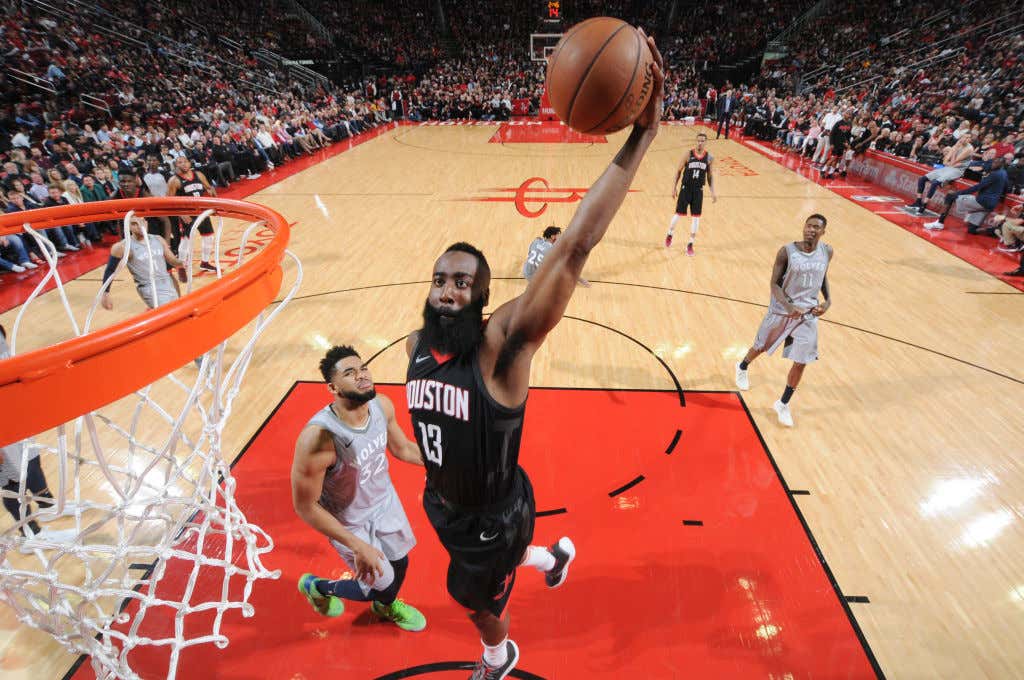 All year we said as dominant as the Rockets were, it all came down to how they performed in the playoffs. Sure Harden had an MVP year, but could he and Paul get it done when it mattered? Well after the first game, it appears as if they will. James Harden was spectacular in this game, finishing with 44/4/8 on 15-26 shooting. He was every bit the MVP we saw all year. Pretty sure he scored or assisted on their last 15 points or something close to that. A very much needed second half performance, the way Harden closed this game out was beautiful to watch. Not only was me making tough contested threes, he was also making the right decisions getting into the paint to set up the lob to Capela.

Speaking of Capela, he completely neutralized Karl Anthony-Towns. His 25/12 was huge as was his elite level defense, people don’t talk much about Capela, but he’s one of the main reasons this Rockets team has a much improved defense. If you’re a Rockets fan, here’s the good news. You didn’t even shoot that well from three in this game! Just 10-37, which you can almost bank on not happening again. That’s why this was a big win for the Rockets, this may be the worst they play the entire series. They get even an average overall offensive performance and this game probably isn’t even close. Unfortunately Chris Paul didn’t do much to silence his doubters with his 5-14 and 6 TO performance. Chances are he plays better too.

This was now the 5th straight win HOU has had over MIN, which is certainly hard to do. Offensively MIN never looked right, and anytime you can keep KAT under 10 FGA you have to do it. Too bad really because they wasted a good Derrick Rose game, and look losing by three is nothing to be ashamed about. Moving forward though, they are going to need more than 7-20 shooting from Butler and KAT. Very unusual for this team to get outscored in the paint, especially against a team that shoots threes like HOU, but MIN was by a score of 54-44.

The Rockets want us to believe that this year is different. That they have learned from their past failures. Ultimately time will tell, but starting off 1-0 is a step in the right direction.

What the hell was this?