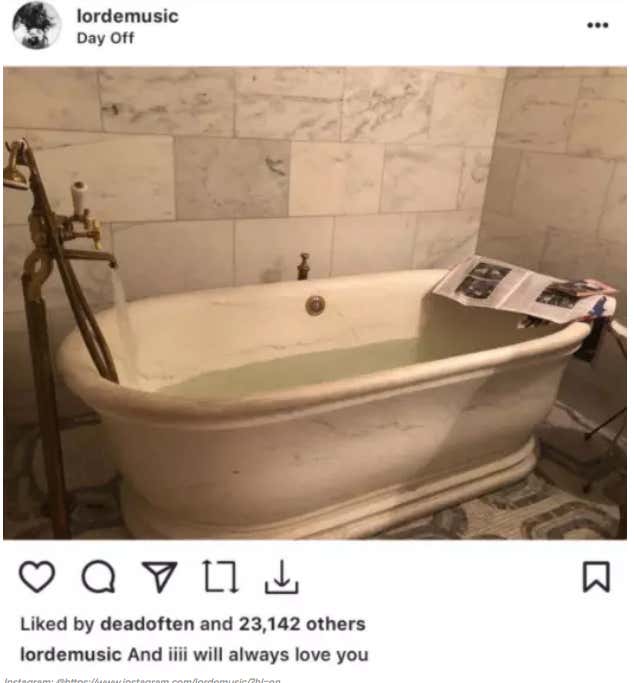 This is the worst thing you can ever see on a social media post: 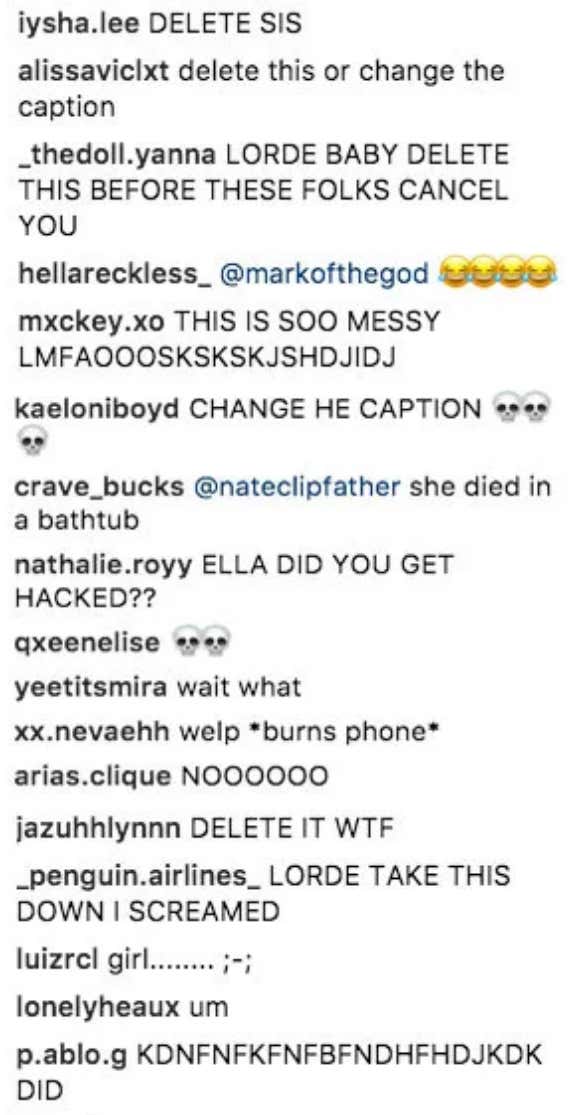 Just a total brain fart by Lorde.  I mean there’s no way she actually meant anything bad by this and probably didn’t even think twice about it.  It just so happened to end up being a hilariously poor choice of words.  Like the worst possible.  We’ve all been there.  It’s basically the Liz Gonzales trademark at Barstool.

And the worst part is you know she got in that tub right after she posted so she had no idea what she was stepping out into after 45 minutes of relaxation.   Remember AIDS girl?  The chick who fired off the “I don’t have AIDS because I’m white!” joke then took a 10 million hour flight to Africa and had some Gawker doofus ruin her life while she was in the air and stepped off the tarmac to swarming reporters calling her racist?   The worrrrrssstttt.

Poor Lorde.   In the immortal words of Whitney Houston, it’s not right, but it’s okay. 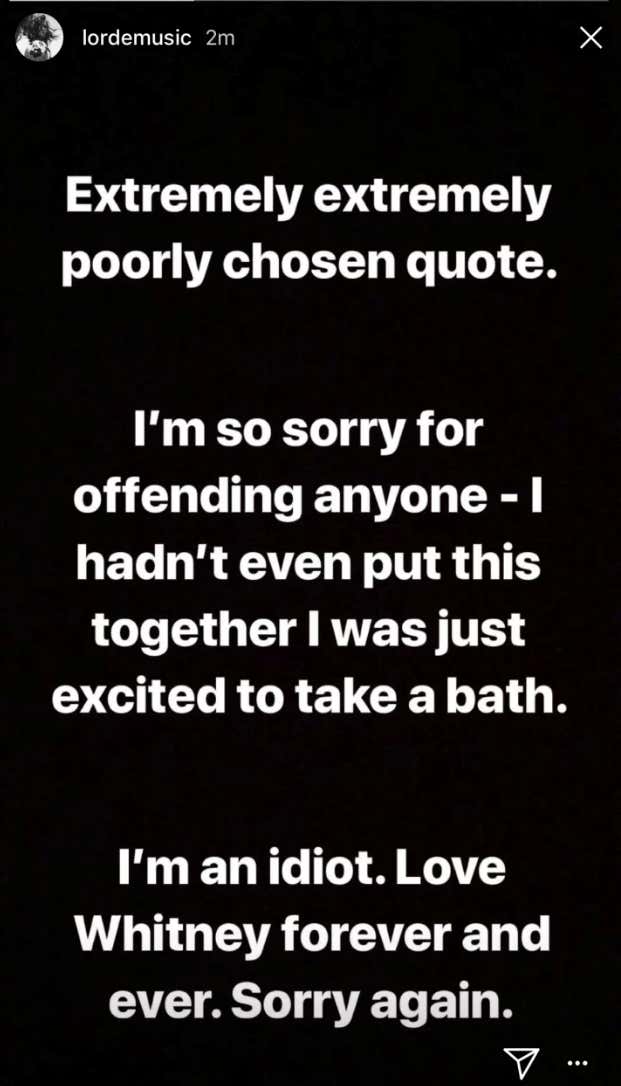 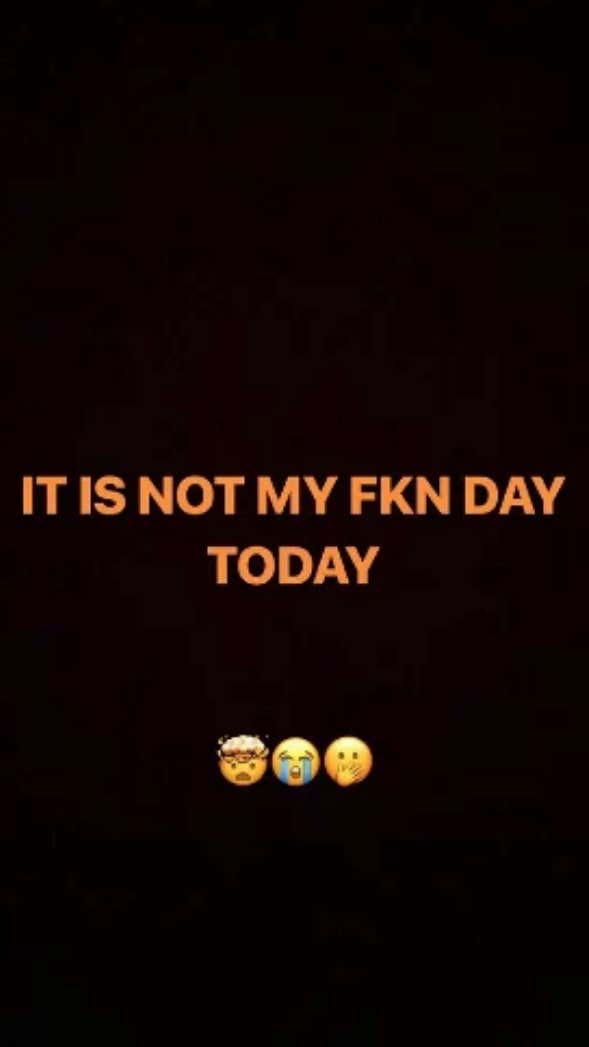