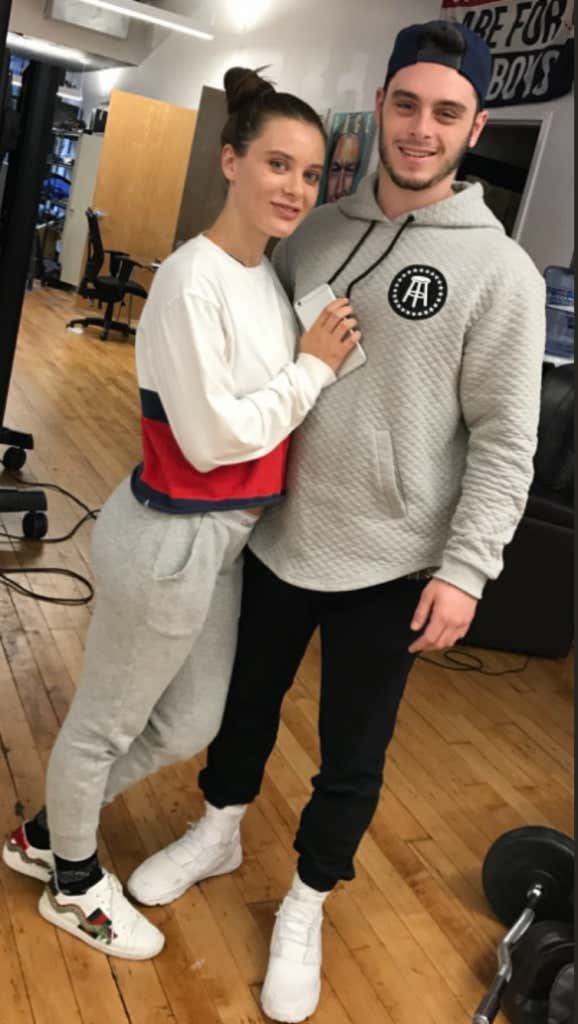 Some of you may be aware of my close personal friend Lana Rhoades. She is the most fascinating entity in the new age of the adult entertainment industry. A mixture of Kanye West talent with Kanye West drama. One week she is getting in fist fights with another young phenom, Adriana Chechik, and the next she is coming back from injury to complete heroic tasks for the fans.

Here are some pictures of Lana if you are unfamiliar with her work or need a refresher.

Now last night, I was watching the Blues season gasp on life support while the Avalanche flirted with putting them 3 points out with only 2 games to play. Just a Thursday night scrolling around and getting ready to log at least 6 hours of sleep to try and combat the eternal bags under my eyes. Next thing you know, I logged on to twitter.com to see the star of Interracial Icon Vol. 5 indulging in some philosophy.

And to this, as the kids these days might exclaim, I say #FACTS! What kind of person won’t tell you where your dog is? My first guess was a bad person but either way it really makes you question the bukakke participant in the mirror. But as the high of this moment of clarity wore off, I quickly realized that something was wrong. As I looked deeper, she was not just spitting Socrates-like flames for no reason on a quiet weeknight, but rather EMBROILED in controversy. Someone had taken her dog and was not keen on disclosing its new location.

TL:DR - Lana lent her dog, Gigi, to a young lady known as Stephanie West for “a few monthes” because she had nowhere to put her. Stephanie was allegedly not great at canine care and even suggested putting the dog to sleep to alleviate the responsibilities of pet care. 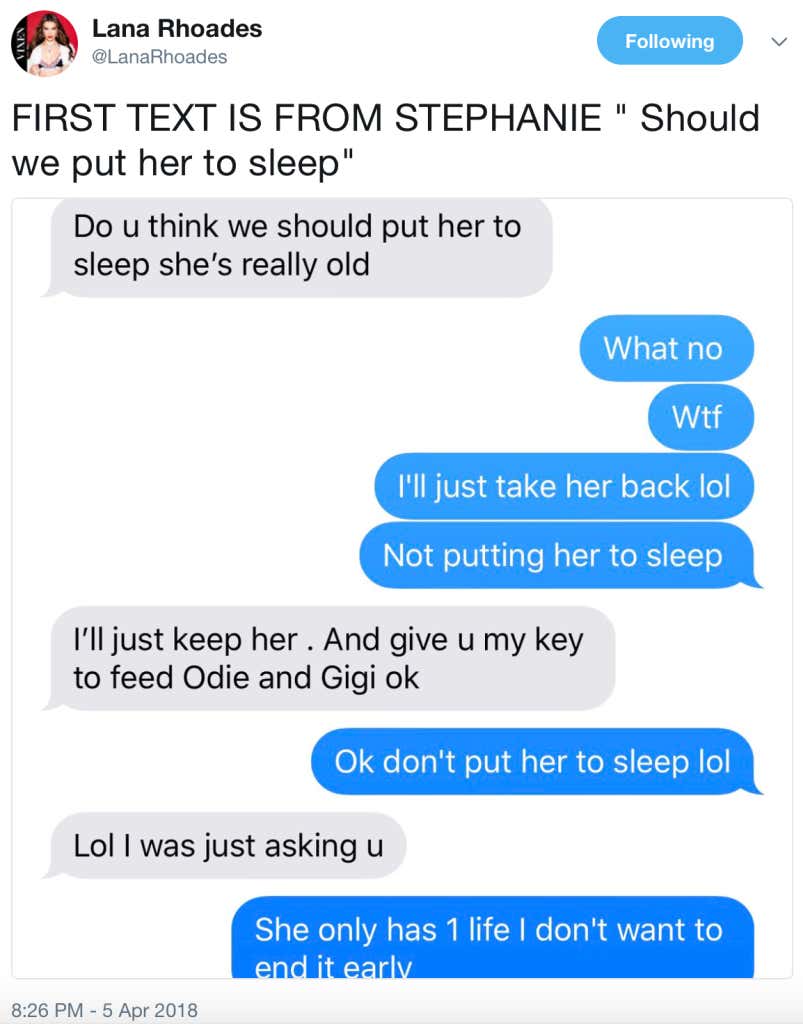 According to these screenshots, it appears Stephanie is not only a bad freind, but really floated the idea of putting the dog to sleep, which should get you locked up in these United States of America.

Is it even worth it to have freinds when they act like phycos? 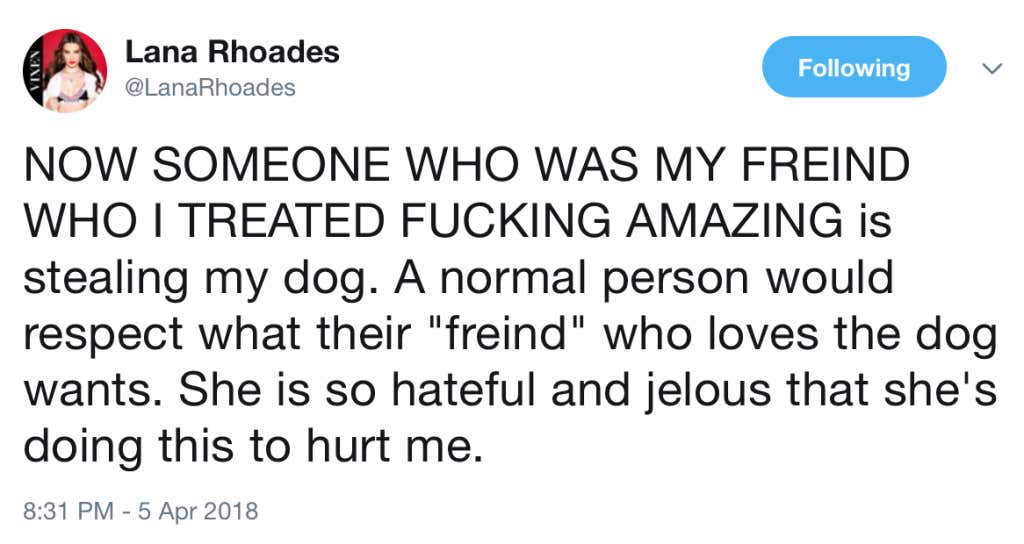 I don’t know too much about Stephanie West, but I hope everyone sees how hateful and jelous she is being in this situation. And to then claim Lana was online bullying? Hey Steph, get a grip, she tried to talk to you PRIVATLY before taking this situation PUBLEK and newsflash- U STOLE HER DOG!

This sobering tale is a great reminder that even when you are young and beautiful, with everyone standing behind you (get it), sometimes things that are covered in glitter might steal your dog. Fake freinds, jelousy, and phycotic behavior have NO place in the adult entertainment industry.

I want to make one message to Lana loud and clear: Send the address of this perpetrator and me and my boys will be on the scene to rescue Gigi. No questions asked.