You guys ever think about this? I think about it a ton- It seems everyone in NYC does this same exact routine. Every day we wake up, brush our teeth, go to work, go home, rinse and repeat. Some people wake up even earlier to go to the gym, and some people go to the gym when they get home. Others don’t do any gym at all, so the routine after work is either cook food (lol, nobody in this city actually cooks food) or order seamless, watch sports/TV, watch The Office in bed, fall asleep. That’s it! That’s what being an adult is. Oh, and every 2 weeks you get a paycheck that isn’t quite enough to be happy with, especially because so much of it goes to paying rent in a tiny apartment just so you can do that stupid fucking job in this crowded, smelly city. It’s a never ending circle. So you do that for 40 years, maybe make your life even harder along the way by adding a wife and kids, and then one day hope you have enough money to retire, which is unlikely.

Meanwhile, the fucking Northern Lights exist in this world. This same exact world where we hustle and bustle and work and grind and deal with all the stress of just living life, something as incredible as the Northern Lights are just a plane ride away.

It’s just nuts to me. We need to travel more. According to this Forbes article from 2013,

A recent report has found that the United States is the only advanced economy that does not require employers to provide paid vacation time. Almost 1-in-4 Americans do not receive any paid vacation or paid holidays, trailing far behind most of the rest of the world’s rich nations, according to the report.

Workers in the European Union are legally guaranteed at least 20 paid vacation days per year, with 25 and even 30 or more days in some countries. 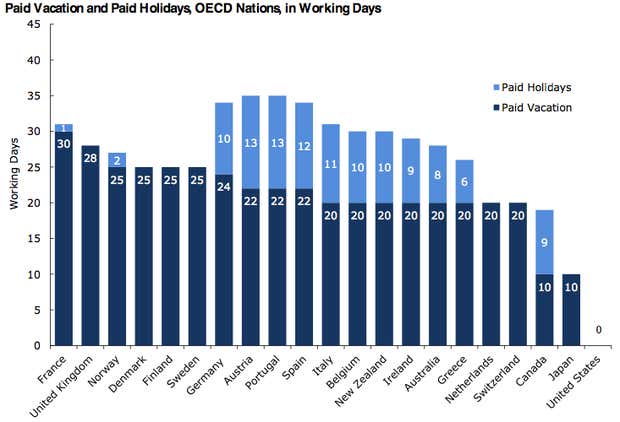 I implore you, my amigos, to see some of the world. Last Summer I didn’t really leave NYC/Hoboken at all, and I will not make that mistake again this Summer. Maybe I won’t see the Northern Lights, but maybe…upstate New York! Florida! Coney Island! Let’s travel, folks. Send me some cool pics from where you go. Preferably wearing a Barstool Shirt.