So for the last couple of years Billy Joel has been performing at Madison Square Garden once a month with no end in sight as he’s proclaimed he’ll keep going until he doesn’t sell the joint out. There’s a better chance of Jared popping Gold Bottles with Derek Jeter than Billy Joel not selling out the Garden so…yeah he’s in it for the long haul if you’re ever itching to catch him at the Garden. I’d say the next step is when they start selling Billy Joel season tickets…until then I’m content with going every couple of months and last night’s show was a must as it was the Big 5-0 of the current residency.

Now let’s get to the Lovia talk. I’ve been a big fan of Eva Lovia’s work for awhile now so  when she followed me on Twitter last year I did what any single, 21-year-old stud like myself would do and slid directly in the DM’s. We sparked up a friendship and before I knew it my buddies and I were making a pilgrimage to a random strip club in Bridgeport, Connecticut to see her dance. That’s a story for another time, but just know a lifelong friendship was made that night. 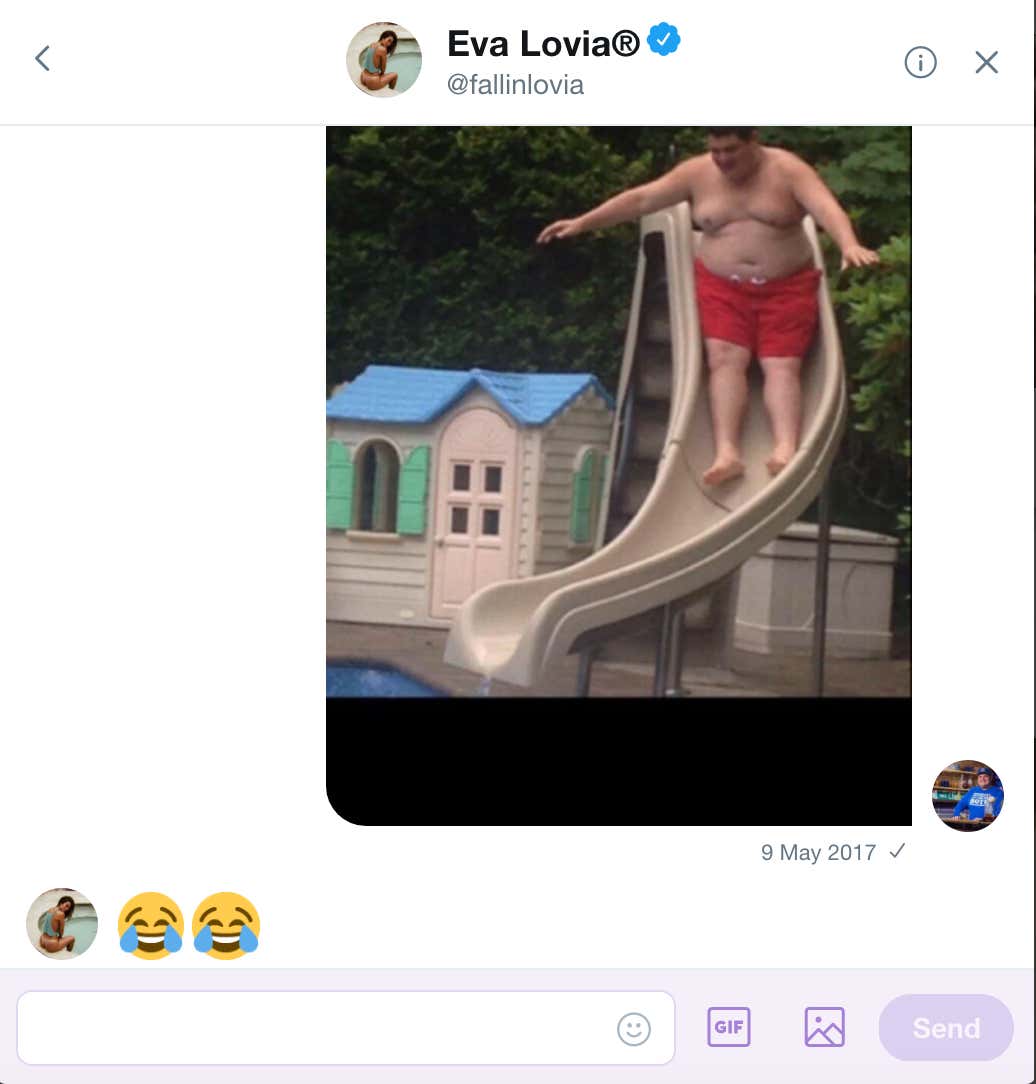 After discussing what the night will ensue with everyone at HQ, anxiety was at an all-time.

When I hopped on Radio to talk about it we asked the age old question on what would be more awkward- a game or a concert? I said concert solely for this reason- What the fuck am I supposed to do when Billy jumped into a slow jam like Vienna or She’s Always A Woman? There’s one answer to that question and that is just see where the alcohol takes you, my friends.

The actual filming of the video went swimmingly. We enjoyed some burgers, a plethora of alcohol, poutine, and more! We even had our good friend YP stop in for a pickleback shot before making way to the Garden.

A couple minutes later we bid adieu to camera guy Steve & YP. The nerves were KICKING. My first instinct was to do what I do best and that’s to show off my dog to the ladies.

Shit worked like a charm! It took up an adequate amount of time in the Uber and even made way for some GoT chat since she named her youngest dog Drogo. I don’t know why she wouldn’t go with Hot Pie or Bronn, but hey to each their own.

Eventually we found ourselves at the corner of 31st & 7th discussing all the famous folks that hit her up to do some sex. Comedians and athletes are in those dm’s 24/7/365 and she’s going to Billy Joel with me…a 21-year-old schlub that unknowingly wore a white jersey with 3 ketchup stains on it to work today. In the midst of that I looked down and noticed an ICEBERG of a wedding ring.

As soon as I laid eyes on that behemoth I knew my chances were slim. Ipso Facto, time to go purchase some more $12.50 cans of Budweiser.

I had carefully selected seats on the aisle for premium access to the bathroom/concession stands and boy did it pay off. There’s nothing more relieving than not having to drop 7+ “excuse me, thank you’s” as you scurry out a row of annoyed concertgoers to go buy more beer which will then be the cause of you having to annoy them to go piss out that very beer.

The next task at hand was to get some snaps up. Sadly, the cell service at the Garden had other plans. That “Encore King” snap would’ve been perfect since no one does an encore better than the Piano Man himself. He’s WELL aware of what tunes puts asses in the seats and saves ‘em for the end. 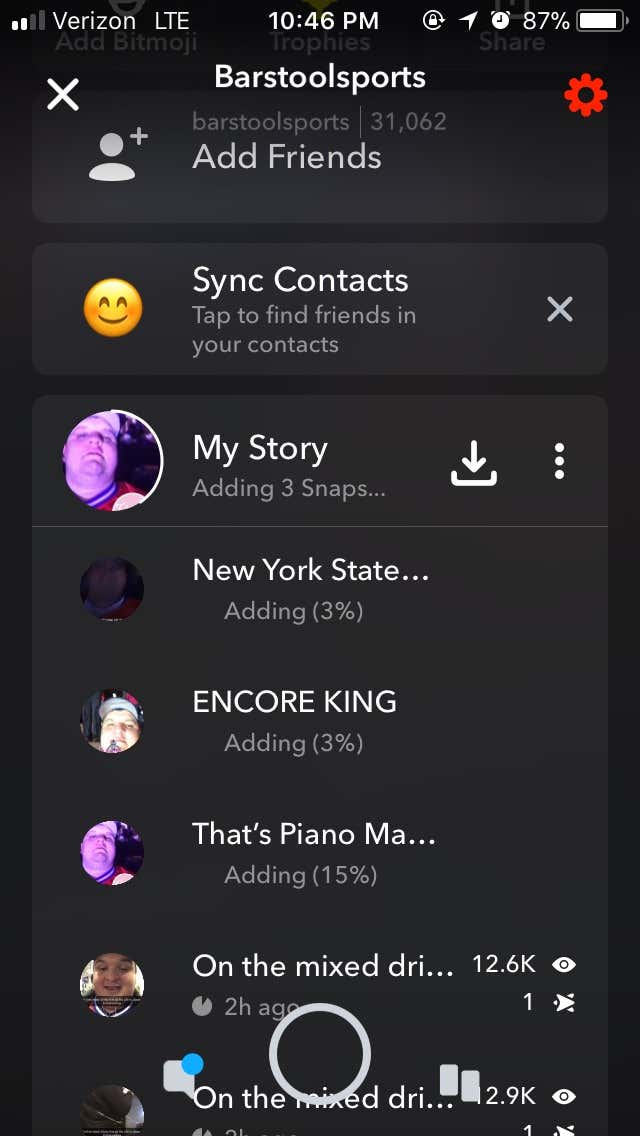 The rest of the night was enjoying the songs accompanied by some perfectly-timed wise cracks in between. That routine worked perfectly- every few seconds of silence slide a quick joke in to combat the awkwardness. Get a joke in and get the hell out of there. Wash, rinse, repeat. It was also Eva’s first time at the Garden which all but tee’d up simple conversation.

Once the last lyric of You May Be Right ended I knew the clock had struck midnight on this fairytale. We strolled down the steps (Fun Fact: the Garden’s event level is 6 Stories up from ground level) and I walked her to the cab stand like the gentleman I am. I’m unbelievably thankful she didn’t go in for a friendly kiss on the cheek as a good bye- I would’ve fainted from that awkwardness. I headed down to Penn Station, got on my train, fell asleep, and woke up as I arrived at my stop. God works in mysterious ways. Anyways that was a wrap on Date Night with Eva Lovia!